A relatively tall office proposal could be another step in the Marietta Street corridor’s transition from industrial zone to a more vibrant district of varied uses.

The site in question houses two low-rise buildings on about 1.3 acres, between West Marietta Street and active railroad tracks. It falls within the Marietta Street Artery district, across the street from Home Park, in the area colloquially known as West Midtown for years. 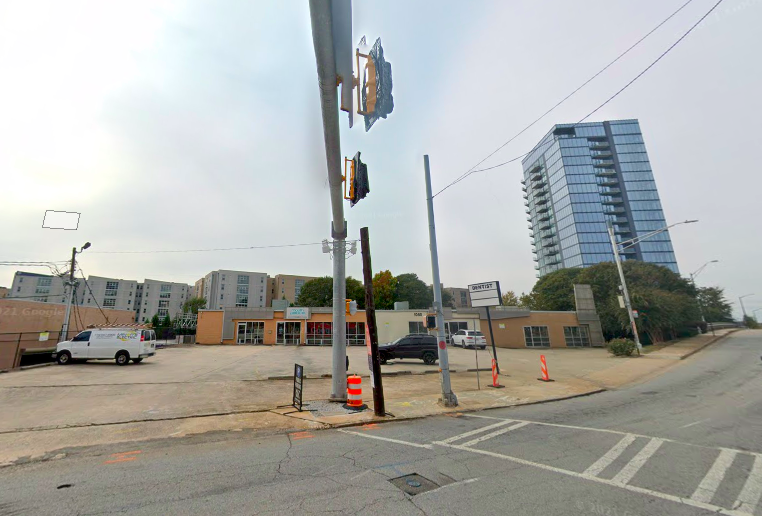 The two low-rise buildings in question, in relation to the Seven88 West Midtown condo high-rise across the railroad tracks. Google Maps

A land disturbance permit has been issued and the property rezoned to allow for mixed uses, according to city records.

We’ve reached out to permit applicants for renderings and more details, but have yet to hear back. Sterling Interest could not be reached.

What Now Atlanta reports the mixed-use building would rise 17 stories, with demo beginning in March and full construction by mid-summer this year. 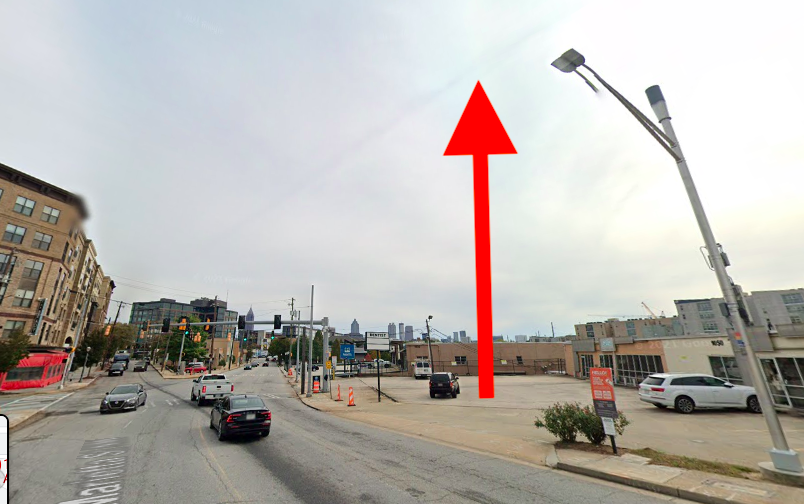 Where the new construction would make a noticeable mark at 17 stories. Google Maps

The project would follow in the footsteps of the Seven88 West Midtown condo building in bringing a structure of considerable height to the former warehouse district. The 22-story condo tower opened in late 2020 across the railroad tracks, on the northeastern edge of English Avenue.

The 1050 Marietta Street site is also just up the street from Brickworks, a retail and office complex acquired by Asana Partners in 2020.