An effort to infuse Midtown with a vibrant, welcoming, art-bedecked spine is expected to make progress soon.

In the works for several years, the Midtown Art Walk is envisioned as a pedestrian-friendly corridor and showcase for public art through Atlanta’s most rapidly changing subdistrict.

According to Midtown Alliance, which is spearheading the project, the Art Walk’s next phase will begin construction in the next couple of weeks. The corridor in question stretches along Peachtree Walk, between 10th and 11th streets.

Plans call for suspended lighting spanning the block, plus new landscaping, seating areas, walkways, and murals, according to renderings. The project’s budget is $4.5 million, per Midtown Alliance.

The Art Walk’s initial phase was completed last year in a partnership with Selig Development. That section spans the west side of Peachtree Walk along Selig’s three-tower 1105 West Peachtree development.

The broader Art Walk vision calls for a pedestrian promenade and linear park stretching five blocks, or roughly half a mile, between MARTA’s Midtown and Arts Center stations. The project “will deliver a highly visual and interactive urban experience with public art, street-level galleries, artist studios, and outdoor dining,” as Midtown Alliance envisions it.

The Art Walk’s initial scope—as detailed in a 2017 transportation plan—was much longer, calling for a full mile of interactive, artistic elements from Arts Center MARTA station down to the transit hub at North Avenue. Subsequent plans narrowed the focus (see a proposed route here) from MARTA’s Midtown station northward.

The Art Walk joins more than 40 projects involving public right-of-way upgrades and other improvements in Midtown's pipeline at the moment. Those include a new plaza that’s replacing a traffic lane about a block away from the Art Walk site, where Peachtree Street meets Peachtree Place. 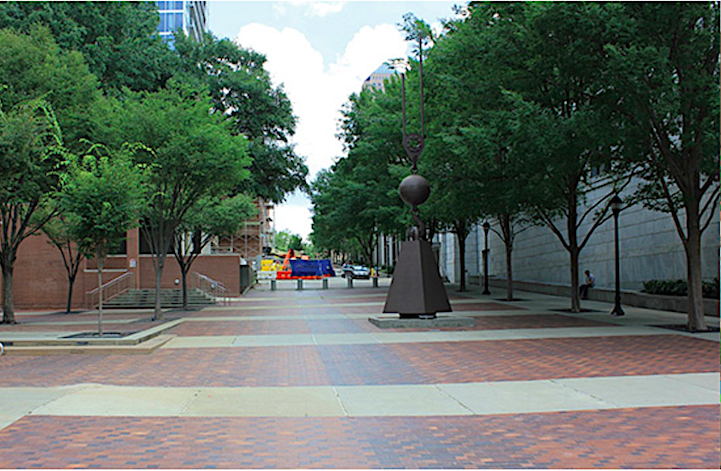 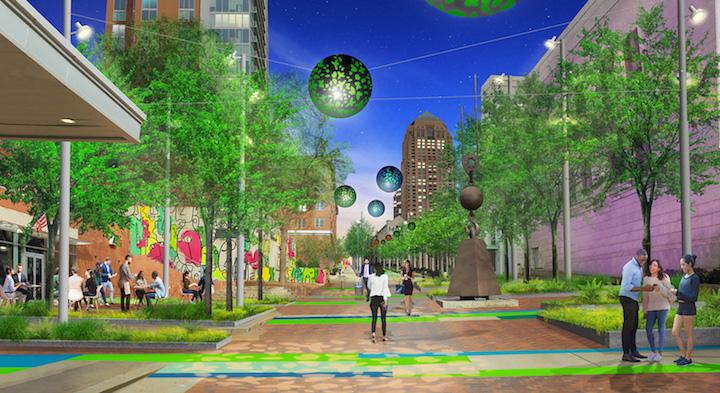