Visitors to Westside Park who’ve noticed heavy equipment chewing away at hilly acreage and wondered what’s going on are not alone.

Attempts this week to provide definitive answers have so far been fruitless.

Excavation work and changes to power-line infrastructure appear to be centered on about 60 acres owned by Georgia Power Company between Proctor Creek Greenway, a scenic multi-use trail, and Marietta Boulevard.

That location is of high interest because it borders both Westside Park’s recently unveiled first phase and the 90 acres where Microsoft is planning a sprawling Atlanta campus connected to the Bankhead MARTA station. 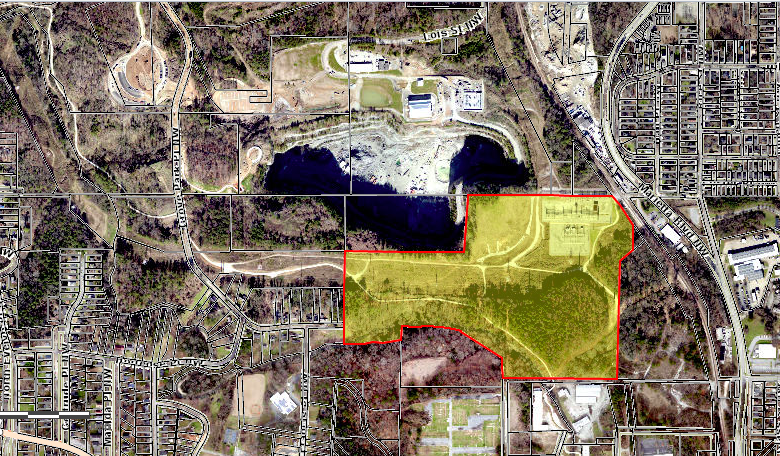 Ongoing construction is centered in this 60-acre parcel owned by Georgia Power Company on Grove Park Place NW, next to the former Bellwood Quarry that functions as a two-billion gallon, 30-day emergency supply of water for Atlanta. City of Atlanta Office of Buildings

A Georgia Power representative told Urbanize Atlanta she’s looking into the matter and will provide any available information.

City of Atlanta media officials contacted throughout the week did not produce any insights into what might be changing next to the city’s celebrated greenspace, which is expected to eclipse Chastain Park as the largest in city limits once fully built. Building permits and other documentation show little recent activity pertaining to the properties in question. 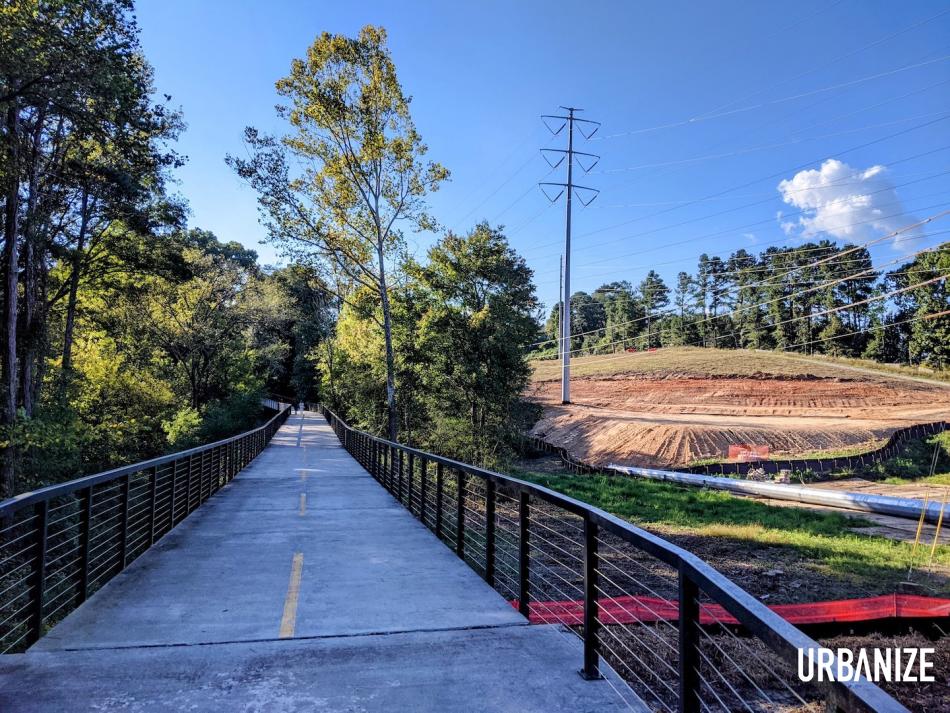 As seen in October, the view north toward Westside Park's phase one, across site and power-line infrastructure work, from Proctor Creek Greenway. Josh Green/Urbanize Atlanta

Speculation online—and from sources in nearby neighborhoods such as Grove Park—varies.

We’re told that work could pertain to a new parking lot Georgia Power and Grove Park residents have discussed that would be reserved exclusively for nearby residents.

Other theories go that Georgia Power is expanding its substation on the eastern fringes of the former quarry—or that the company is relocating its power lines to allow for a southward expansion of the park soon.