Behold one of only three Oakhurst properties without contracts priced under $700,000 at the moment—and the lone new home of the bunch.

It’s part of the 13-home Elle at Oakhurst housing node that’s claimed a section of a sprawling church parking lot on West College Avenue. And it’s a unique live-work approach to townhome living for this subsection of Decatur.

Where College Avenue meets fun-loving Mead Road, Elle at Oakhurst broke ground in 2019, consuming part of the surface lot between Thankful Missionary Baptist Church and The Imperial restaurant and pub. According to recent listings, the half-dozen unsold properties (priced up to $1.05 million for a standalone house) are “nearing completion for quick move-in!” Other townhome options are priced into the $700,000s here. 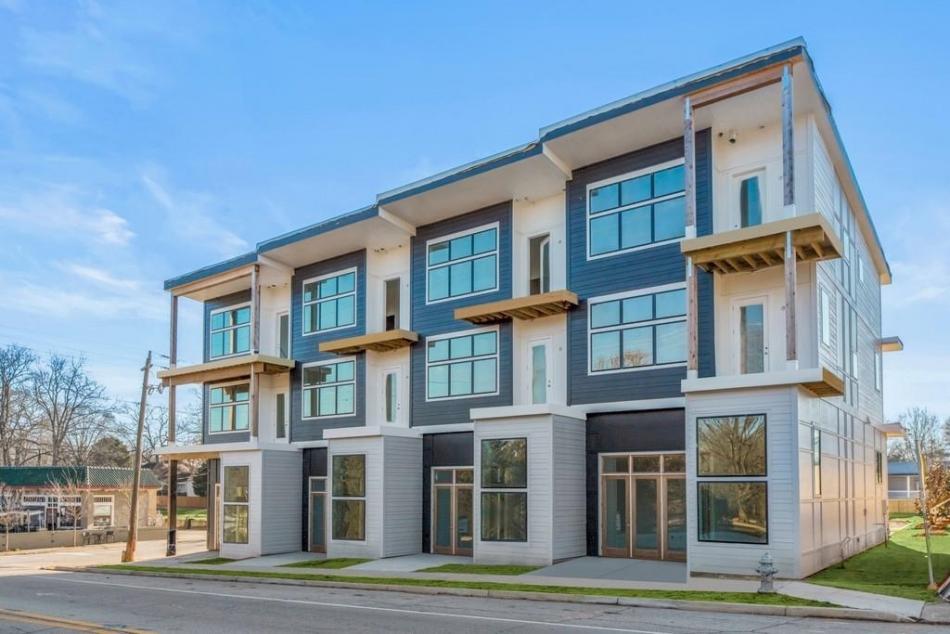 Asking $684,900, the cheapest of the lot has room for a retail space or office on the avenue, plus three bedrooms and four bathrooms in 2,499 square feet.

Perks include an elevator (not merely a shaft acting as closets now) and 14-foot ceilings on the first floor. That’d make for a seriously airy retail space. And as listings note, that’s tall enough to install a lift in the garage for storing a collection of rad whips.

Including the front patio, there are more outdoor areas here (five) than bedrooms, what with four balconies off the front and back. Interior highlights include the white-oak hardwoods, quartz counters, Weston cabinetry, and a generally contemporary but approachable look overall.

The Oakhurst Village, as listings note, is three blocks away, with downtown Decatur less than a mile to the northeast. Added bonus is the East Lake MARTA station four blocks in the other direction, though busy College Avenue isn't always the most pleasurable pedestrian experience.

Have a gander at recent interior pics in the gallery.