Think of Decatur’s housing stock, and what comes to mind is probably more million-dollar, Craftsman-style renovation than attainable rentals—which isn’t to say the city hasn’t made progress in introducing some fresh, strictly affordable options in recent years.

But a private company’s new proposal would create walkable housing options in one of Decatur’s hottest areas, Oakhurst, while being among the first projects to abide by the city’s Inclusionary Housing Ordinance, according to developers.

As submitted to Decatur’s Planning Commission this month, the proposal calls for 57 one-bedroom, one-bathroom apartments at 750 East Lake Drive.

That’s about a block southeast of Oakhurst Village, where three apartment buildings from 1964 with 17 homes currently stand.

The 1960s apartments on site today, with Oakhurst Village around the corner at left. Google Maps

The landowner and developer, an LLC called BFG Investments, says the three-story project would “mimic classic Virginia-Highland missing middle buildings,” echo the design of surrounding single-family homes, and enhance the neighborhood by contributing to “the diversity of housing alternatives in the vicinity,” according to Planning Commission filings.

“In additional to providing affordable and workforce housing units,” wrote BFG’s Matthew Braden, “it will help meet the growing demand for walkable urban living at a variety of price points.” 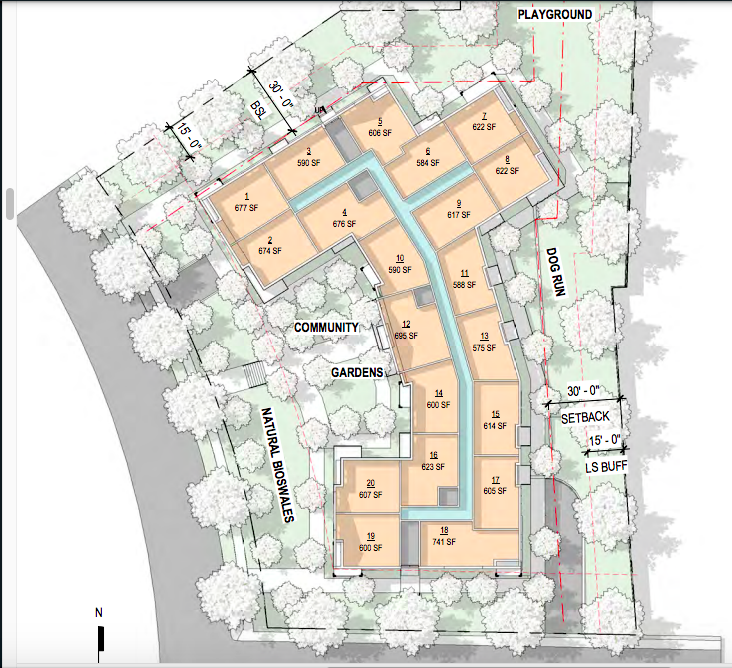 How three times as many units would fit on the 1.1-acre site. BFG Investments; renderings, Office of Design

Six of the apartments would be offered at rents considered affordable, per the ordinance Decatur adopted last year, which requires 10 percent of rentals be reserved for households earning 80 percent of metro Atlanta’s AMI. That means about $66,000 for a four-person household.

Adding 57 apartments won’t be a burden on Oakhurst’s streets or Decatur’s schools, the developer stated. 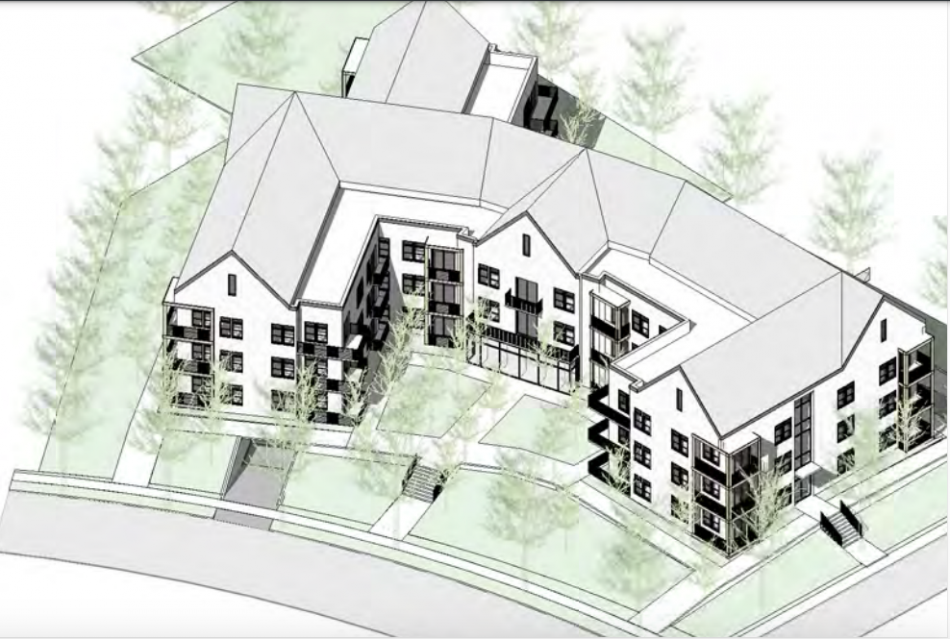 To move forward, BFG needs the property to be rezoned from a single-family to multifamily residential (RM-43) classification. Decatur’s City Commission would make the final decision on whether that change can happen.

The Planning Commission, meanwhile, recommended the matter be deferred to its next meeting on November 9, as BFG’s Inclusionary Housing Plan was deemed to be incomplete, as presented.

That project replaced outdated apartments, introduced 34 rentals at the edge of Oakhurst Village, and completed a trio of DHA affordable-housing developments throughout the city.