Developers leading the push to create a mixed-use community with a scientific core called Science Square—formerly Technology Enterprise Park—have closed on ground leases and are prepared to begin the first phase of redevelopment with labs, offices, and apartments.

Five new phases are in the works overall, with a goal of creating “a leading mixed-use, life science center for inclusive innovation,” as project heads put it last year. 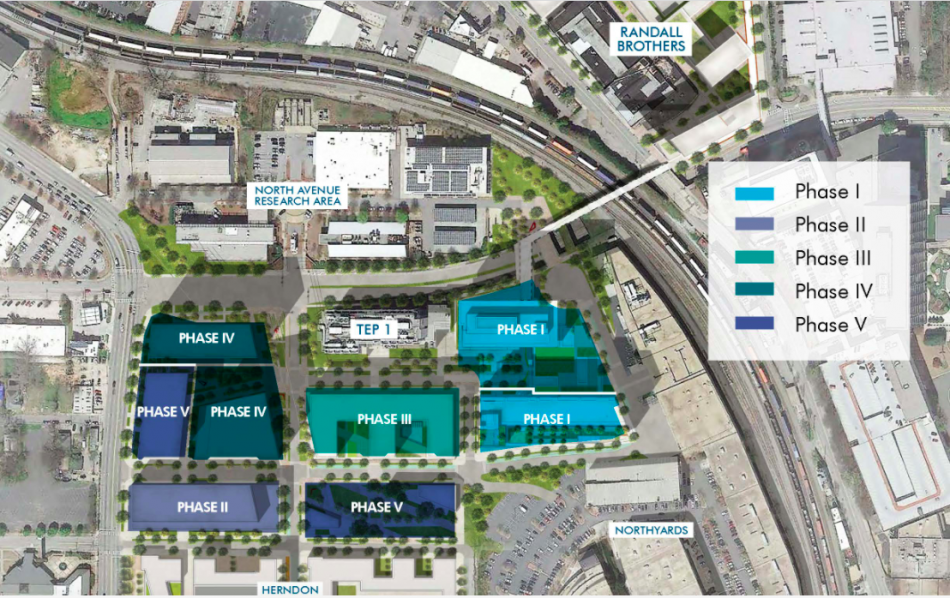 Phase one calls for 27 stories of new development overall, between a high-tech office building and apartment stack next door, as What Now Atlanta first reported.

That will include a 13-story Class A lab and office tower called Science Square Labs, a 365,000-square-foot spec project designed by Perkins + Will and developed by TCC. At street level, retail space is also planned.

Amenities call for a fitness center, conference space, and an indoor/outdoor tenant lounge with a catering kitchen and attached deck with skyline views, which can be reserved for special events, officials said in a press release. 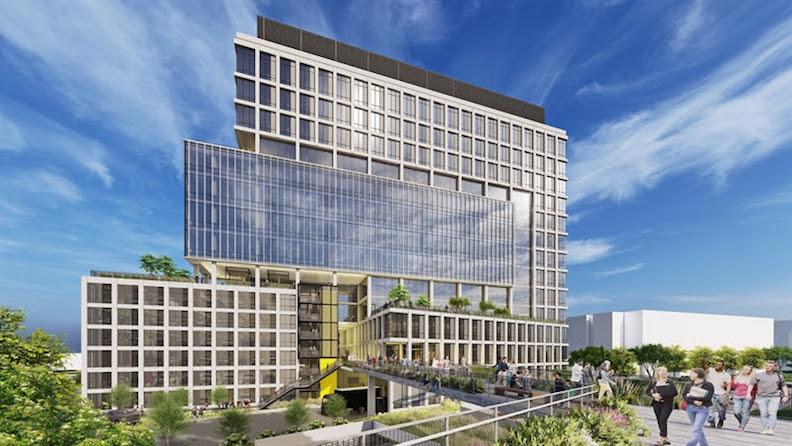 Science Square Labs is scheduled to open in the first quarter of 2024.

Next door, the 280-unit, Rule Joy Trammell + Rubio-designed apartment building will mark High Street’s first residential project in Atlanta. It’s planned to stand 14 stories with apartments ranging from one to three bedrooms and retail at the base.

Officials say the first homes will deliver in early 2024, with the full building coming online later that year. 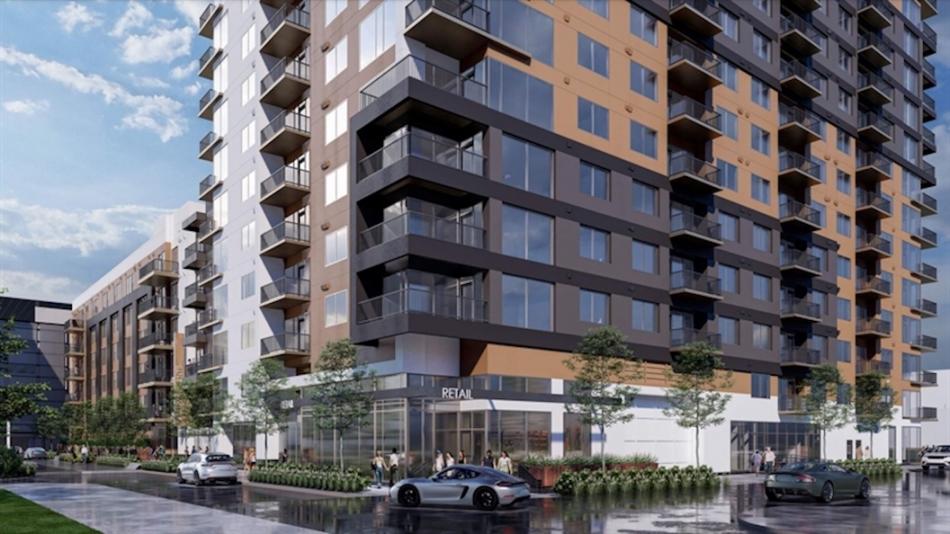 Plans for the phase one residential component. Courtesy of Georgia Tech; designs, RJTR

Kelly Fox, Georgia Tech’s executive vice president of administration and finance, said Science Square’s development will solidify Atlanta as a top emerging life sciences market. “We’ll have the ability to provide the infrastructure needed,” said Fox in a press release, “to capture the increasing demand for lab space generated from the growth of research and commercialization within the life science industry.”

The apartment development will continue the westward push of new multifamily residential ventures into places like Bankhead and the Marietta Street corridor.

A couple of blocks west, the 1.7-mile Westside BeltLine Connector opened last year. The PATH Foundation and Atlanta BeltLine collaboration serves as a multi-use trail link between downtown and the area around Westside Park.

One goal with Science Square, officials have said, is to engage residents, students, and teachers in surrounding neighborhoods and expose them to careers in the biomedical and life sciences industry. To that end, TCC is donation $500,000 with a Community Education Grant to support outreach, education, and job training.