New communities of apartment homes, offices, and retail are coming together around the corner from storied East Lake Golf Club.

Two projects by separate development teams have consumed land around the Publix at East Lake, fronting Glenwood Avenue and Fayetteville Road, that had been vacant lots—or woods—for well over a decade. 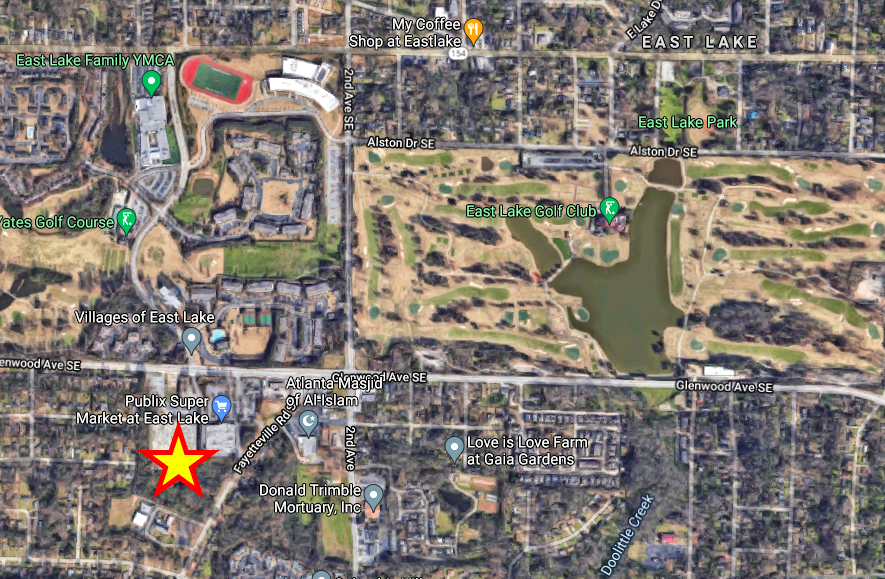 The more recent project, by national multifamily developer CBG and Atlanta-based Perennial Properties, is a four-building, mixed-use venture called simply East Lake in the 2200 block of Glenwood Avenue, next to the Publix entrance.

Plans call for 230 apartments and 10,000 square feet of retail, in addition to office space. The architect is listed as Dynamik Design.

The CBG site's proximity to Publix at East Lake supermarket, as shown in February this year as site work ramped up. Google Maps 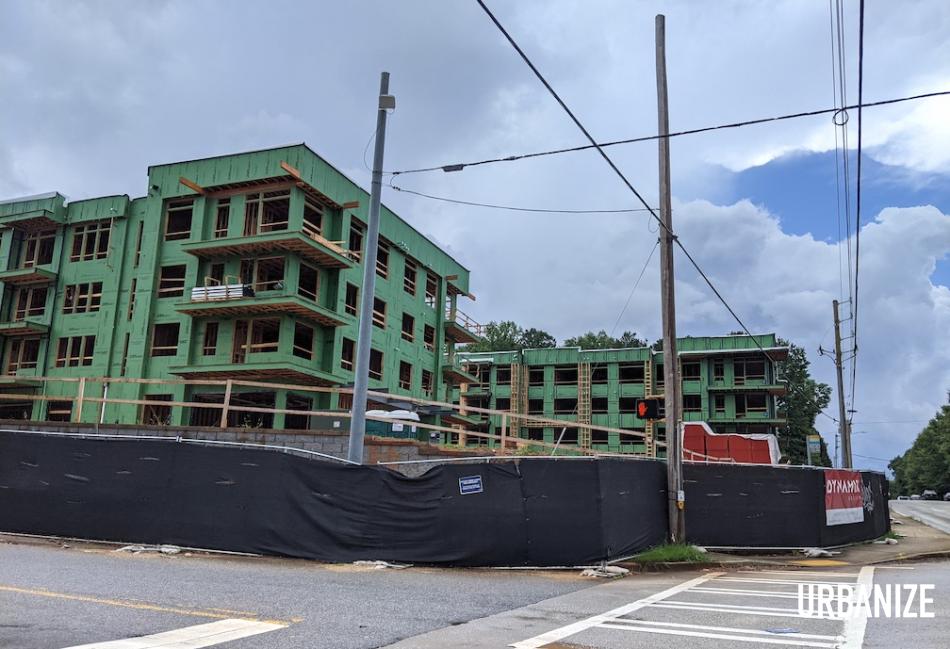 According to the developer, amenities will include a pool courtyard, fitness room, and walkability to two golf course (counting the Charlie Yates links across the street).

We’ve reached out to project reps for information on a delivery timeline and what people might expect in terms of apartment sizes and rents; we’ll update this story with any additional details that come. 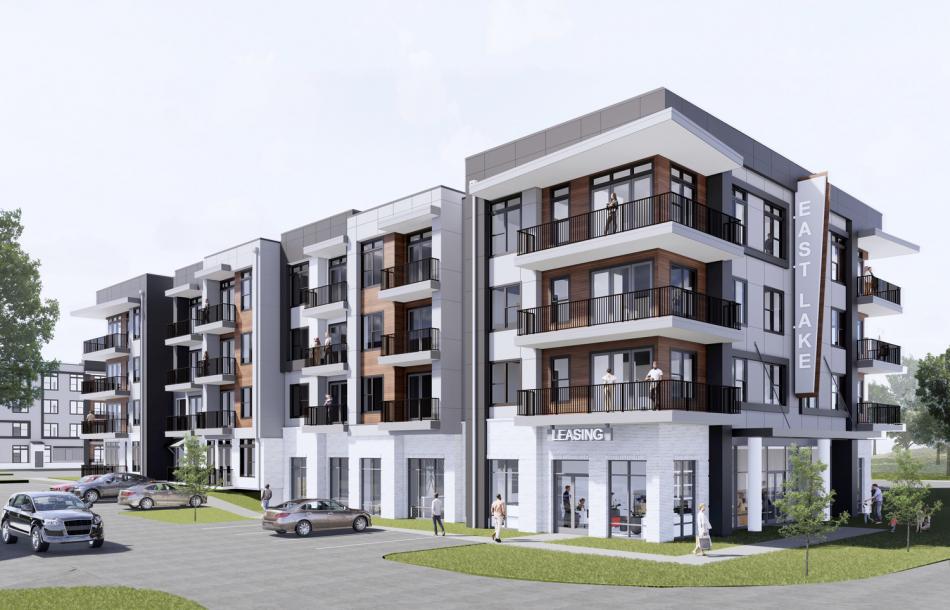 Meanwhile, immediately south of CBG’s construction site, Columbia Ventures has built 108 affordable and market-rate townhomes, garden apartments, and villas in a project called Gardenside at The Villages of East Lake along Fayetteville Road.

Developed in conjunction with Purpose Built Communities, the gated complex includes a playground and priority placement at Drew Charter School for residents with K-12 children. 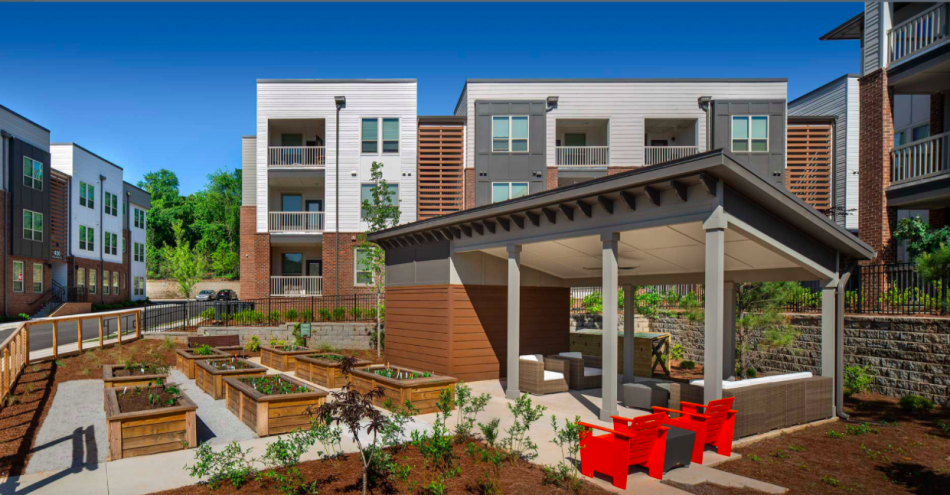 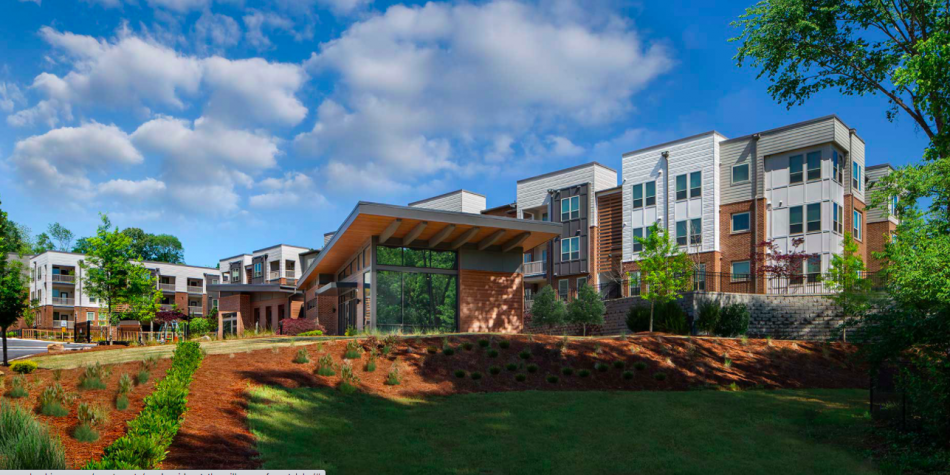 Options range from one to three-bedroom residences, per Columbia Ventures.

Just south of both sites, Urban Craft Homes has sold out a community of 35 single-family homes called The Forest at East Lake along Fayetteville Road.