An Atlanta developer known for infusing the Westside with large communities of new housing is moving forward with a project that aims to reshape a busy Alpharetta intersection.

At a cleared, 25-acre site where Haynes Bridge Road meets Morrison Parkway, Brock Built Homes is planning a mixed-use hub called Morrison Park. It would include about 42,000 square feet of retail, offices, and restaurants, 37 single-family homes, and 144 townhomes, with internal greenspaces and ponds claiming the rest.

Alpharetta’s answer to the BeltLine, the Alpha Loop, would run right through the project, and Brock Built has agreed to build that section.

The Alpharetta City Council approved rezoning for Brock Built’s plans during a meeting last week—although some councilmembers questioned the timeline of nearly a decade the developer predicts it will take to finish, according to the AJC. 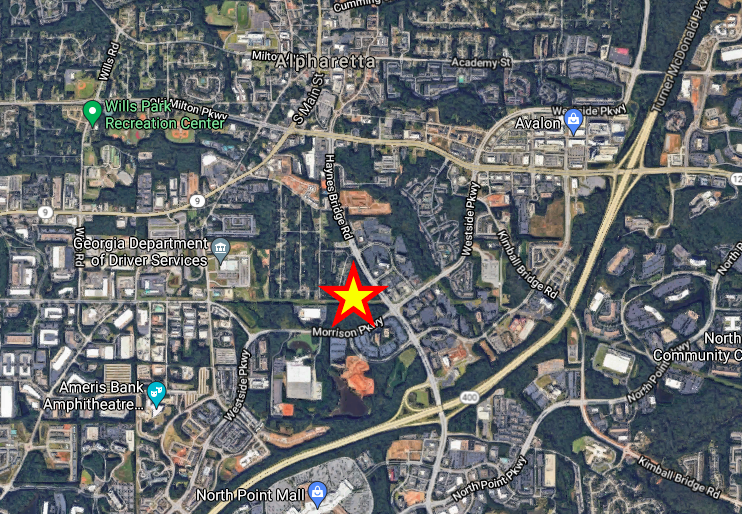 Plans call for constructing Morrison Park in two phases, with grading, site work, and development of the first commercial buildings and residences expected to take three years alone. It could be another five years before the final commercial buildings are started, Brock Built’s Adam Brock told the council, to allow the builder to take the temperature of what additional uses the market needs, the newspaper reported.

Chain restaurants will not be part of the plans, and idle land could be used for pop-ups or farmers markets in the interim, Brock said.