File this property in the category of places that totally don’t look like the City of Atlanta—but then again, kind of do.

Situated on the banks of babbling Nancy Creek for more than 50 years, this three-bedroom midcentury dwelling makes the most of a bucolic (but squarely ITP) setting that spans more than an acre.

With a fire in the pit and a line in the water, you’d think you were in North Georgia, less than two miles from Johnny’s Hideaway. And in the coveted Sarah Smith Elementary School district.

But tranquility like this comes at a price—for a property that isn’t exactly sprawling by Buckhead standards. 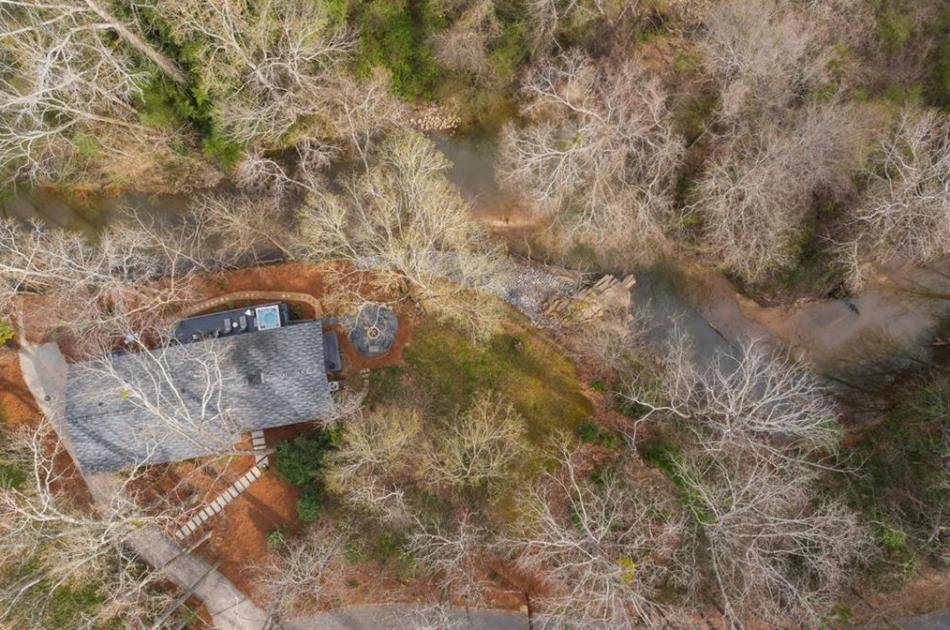 Built in 1969, the Valley Green Drive home has been fully updated, with an almost arctic palette inside. Period detailing including exposed beams, vaulted ceilings, and stacked stone in the den has survived.

High points include creek-facing decks with primo privacy off both the owners suite and kitchen, the latter with a hot tub. The style, as always, might not be every buyer’s cup of tea, but the listing’s use of “picturesque” for a city setting like this is hard to argue. 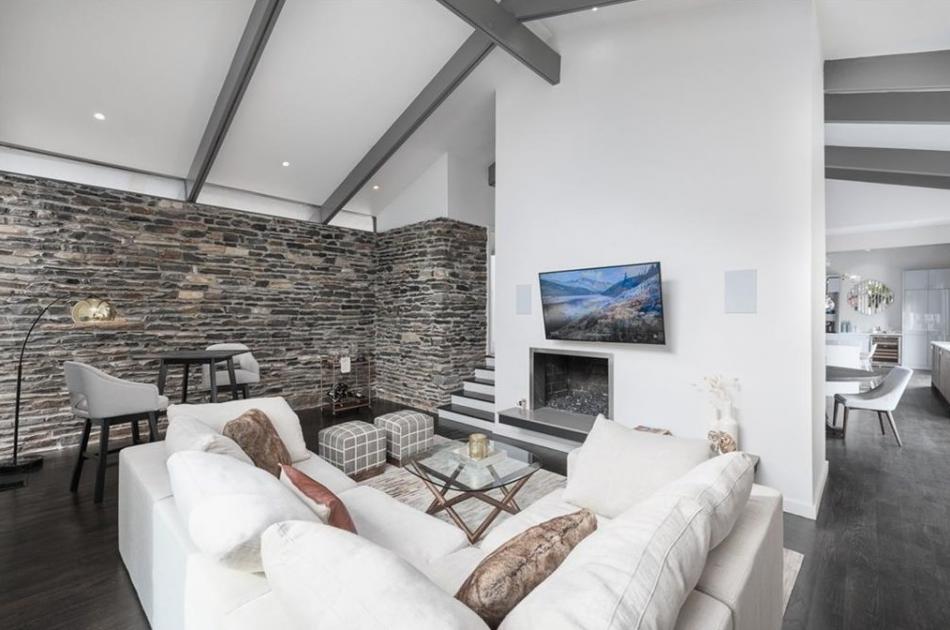 For a property with two bathrooms, $850,000 might seem a steep ask, but it’s currently the second-cheapest house on the market in North Buckhead without a pending contract. A basement level described as “semi-finished,” used as a laundry and workspace now, could allow room for expanded living spaces, with an entry from the carport. (Bonus points for the carport basketball court.)

But walkability—unless it’s to the water with a picnic blanket or fishing rod—isn’t really the point here.

Tom Anderson with Keller Williams Realty holds the listing. Roll up your Levi's and wade around this creekside abode in the gallery above.