The Moe’s Southwest Grill location at 863 Ponce de Leon Avenue, which operated for well over a decade, has gone the way of the former Blockbuster Video across the street.

But what’s coming next for this primo piece of intown real estate isn’t yet clear.

Back in summer 2019, days appeared numbered for the Ponce Moe’s when a rezoning application emerged for a 45-unit condo building on the site. Plans called for one and two-bedroom residences priced between $299,000 and $359,000, according to listings at the time. 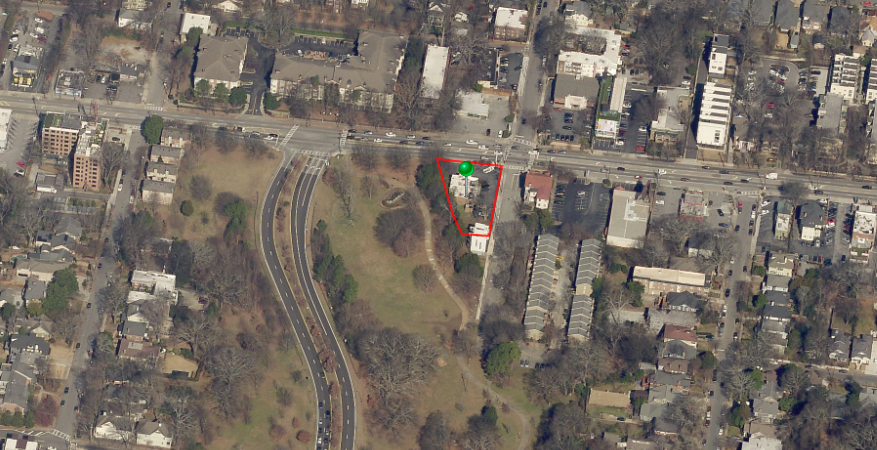 How the .43-acre parcel relates to Ponce and the greenspace next door. City of Atlanta Office of Buildings

The project, as proposed by Place Maker Design architecture firm and C4 Developers, would have also seen 1,800 square feet of commercial space.

Building permit records show no recent activity for those plans or others at the site.

Place Maker Design—whose projects include the under-construction The Leon on Ponce condos near Ponce City Market—didn’t respond to an email inquiry this week. C4 Developers couldn’t be reached.

According to property records, the .43-acre parcel last sold in January 2020 for $3 million to an LLC called 863 Ponce. 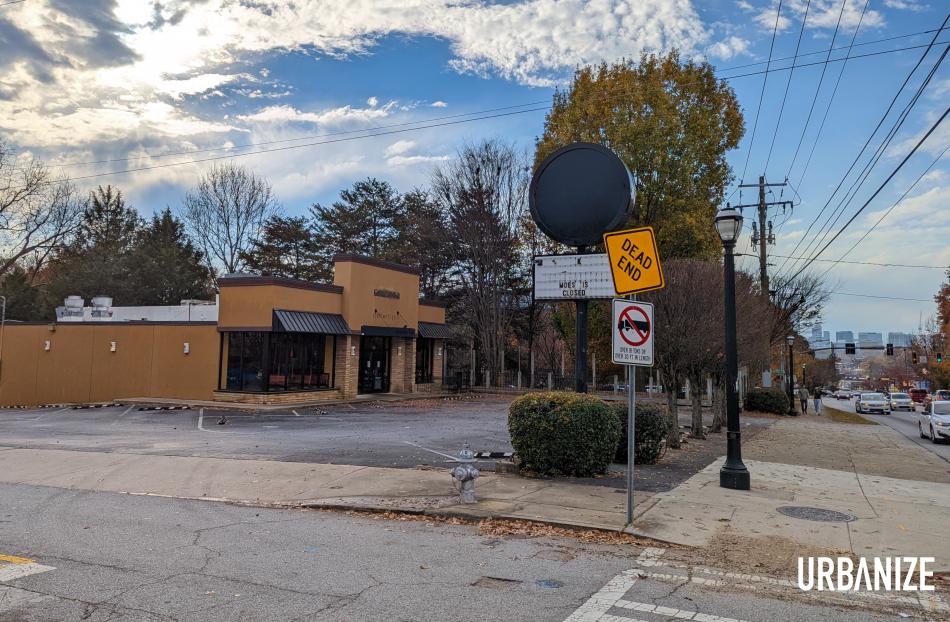 Madison Stevens, a Moe’s spokesperson, confirmed the independently owned and operated Poncey-Highland location is no more (that’s pretty obviously from the street) but could offer no insight as to what may replace it.

“A number of factors go into the decision to close a location,” Stevens noted in an email. “Moe’s continues to grow, opening new restaurants across the country.”

• Poncey-Highland to Chick-fil-A: Go back to drawing board (Urbanize Atlanta)