Here’s one adaptive-reuse success story that might be worth the drive.

Located about 20 minutes southwest of Atlanta’s airport, a block from Newnan’s historic square and recognizable courthouse dome, this industrial-meets-modern wonderland was in such a decrepit state six years ago, the roof was raining down into the interior. It had last functioned years ago as two side-by-side retail spaces, but beyond that, nobody seems to know.

Only the 1914 exterior walls and an interior concrete dividing wall remaining standing, but the charm wasn’t extracted. 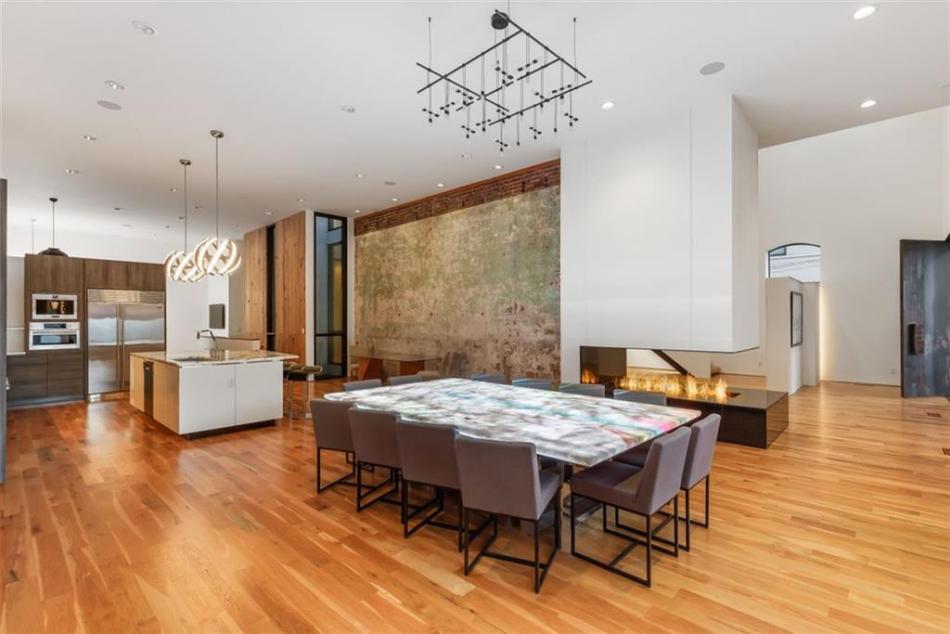 With seating for 12, the dining-room table is made of iridescent marble that changes colors.Photos by Emma Fazekas/e3photography; courtesy of Compass

The result is marketed as big-city poshness meets small-town living, in a walkable setting where that might not be expected.

“I’ve been privileged to have a career steeped in amazing properties,” Compass agent Matthew Doyle tells Urbanize Atlanta, “and this one is truly jaw-dropping, inspirational, exceptional, exquisite—and all things beyond words.”

According to Doyle, the owner, Dr. Gary Bernstein, did much of the interior work himself, alongside contractors PSG. Architecture firm Lightroom was brought on for much of the design. 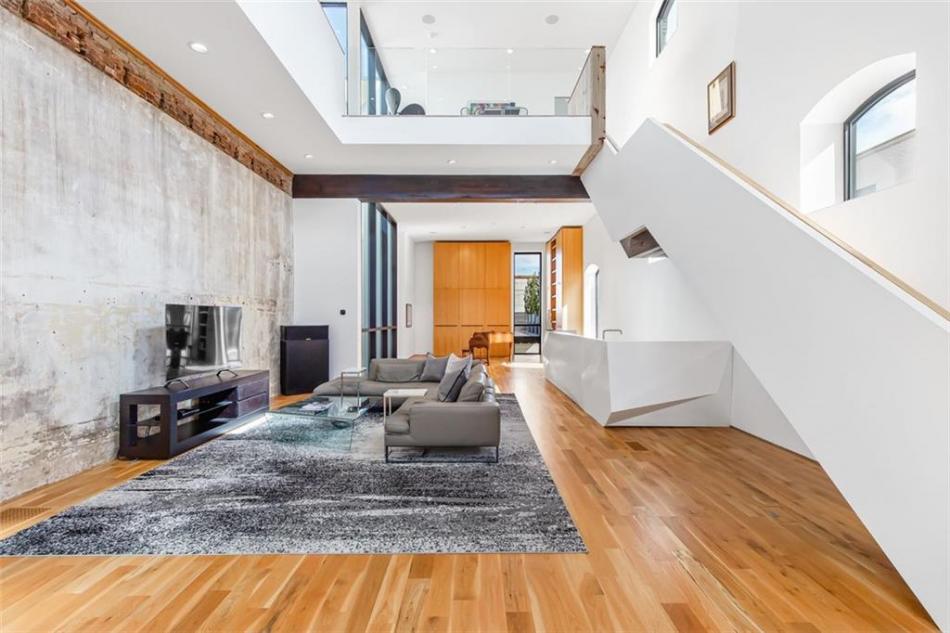 Following a full gutting and excavation work, the huge property boasts restaurant-sized patios in front and back, a towering living room with 25-foot ceilings, and a fairly massive three-sided fireplace to anchor the main level. A three-story glass shaft helps summon light into spaces that otherwise could have felt dark and cavernous.

The property counts four bedrooms and three and ½ bathrooms, including a 1,500-square-foot master with a retractable TV screen in the ceiling. Other perks: a full basement gym and wine cellar, a butler’s pantry that could function as its own kitchen, a recessed sound system and galaxy of LED lights, and numerous, original arched windows up top.

Of course, nothing about the $1.65-million asking price, as listed in recent days, for a property like this is small-town. But according to Doyle, that’s below the home’s appraised value.

Another consideration is that the property is actually zoned commercial with a residential exception, which could pave the way for use as a rental, event space, or restaurant, per listing materials. As a business, it would join dozens of shops and restaurants in the city’s downtown, where concerts, festivals, and farmers markets are routinely staged. 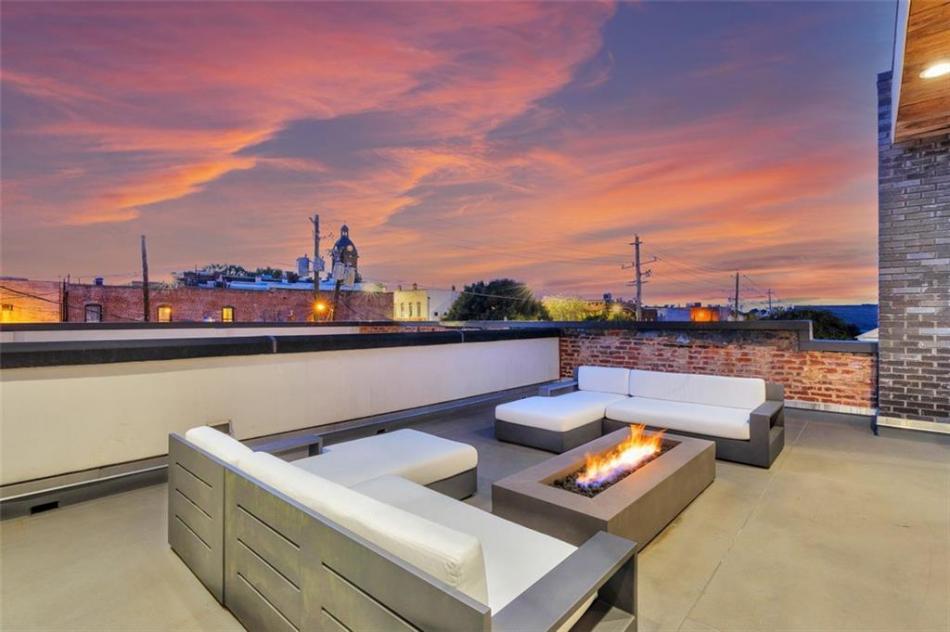 It’s one of just two properties listed north of $1 million without a pending contract in the City of Newnan right now—the other being infinitely more traditional.

Head to the gallery for a much closer look at this unique preservation project that asks metro design enthusiasts to go where they might not have considered before: Coweta County.