Next door to Atlanta’s airport, a mixed-use apartment project is moving forward that could inject vibrancy into Hapeville’s growing downtown district.

The 8.1-acre site is across from Porsche’s North American Headquarters and Experience Center complex, which includes a Kimpton Hotel.

South City officials have selected McShane Construction company to build the Hapeville venture, which will see apartments spread among seven buildings topping out at four stories. Expect a dark color palette with bronze storefronts and a brick veneer finish.

About 4,400 square feet for retail and restaurants would be positioned at street level, below the rentals.

The site today, at left, with Porsche's North American Headquarters and adjacent Kimpton Hotel across the street. Google Maps 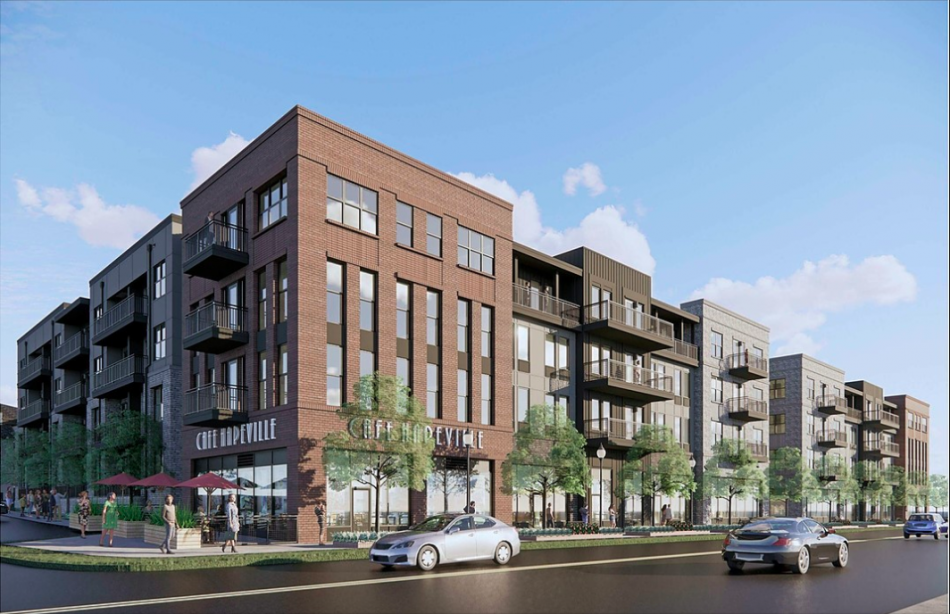 The SCP Hapeville building's facade at the edge of downtown Hapeville, along the ITP city's main drag. Courtesy of South City Partners; design, The Preston Partnership

The building’s 7,000 square feet of amenities will include a "sky lounge" (where watching jets land should be a draw, as with the Kimpton rooftop bar), a dog spa, courtyard, and pool.

The development team expects SCP Hapeville to open in March 2023. 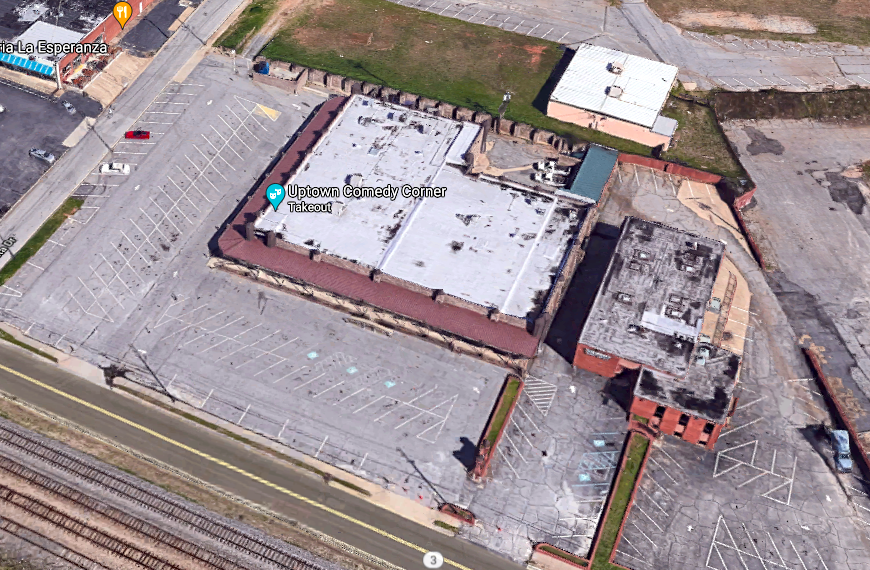 Beyond the Porsche HQ, Hapeville has scored several buzzy openings in recent years, including a theater renovation, an expanded Corner Tavern, and the opening of craft beer brewery Arches, alongside several eclectic eateries.

Officials with those companies told Urbanize Atlanta in February that long-term plans call for a mix of commercial, residential, and hospitality uses at the doorstep of downtown Hapeville.