An East Cobb project that's replacing a dying strip center with denser mixed uses is taking a page from successful adaptive-reuse and New Urbanism communities around metro Atlanta, according to developers.

Officials with Atlantic Residential and Cobb County government gathered alongside neighbors Monday to commemorate the start of the strip center’s demolition at the 15-acre site. Cobb County Commissioners authorized the property’s rezoning to allow for mixed uses in June.

As drawn up by the Dynamik Design architecture firm, East Cobb Walk’s plans call for 30,000 square feet of commercial and retail space to replace the 1970s shopping center and the bulk of its parking lots. 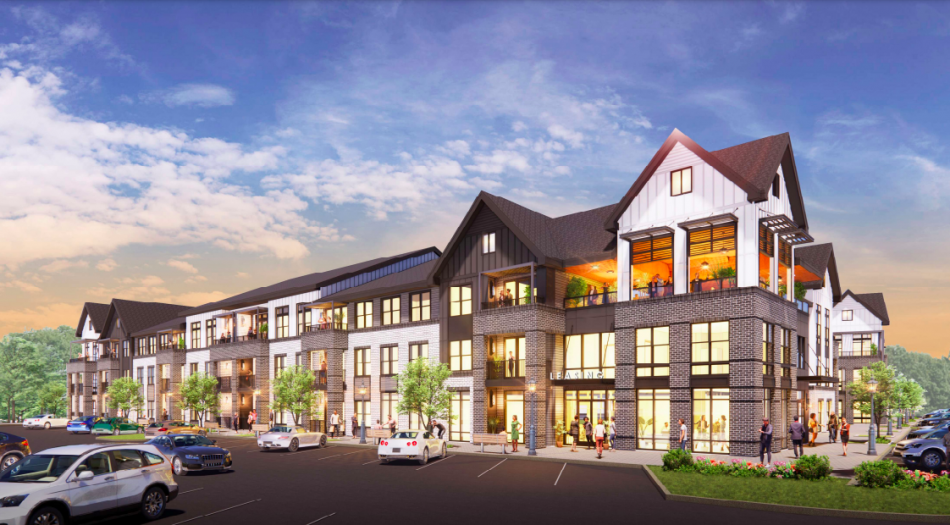 On the residential side, 102 for-sale townhomes are in the works, in addition to 132 one and two-bedroom apartments for active adults ages 55 and older. (Rents are expected to range between $1,400 and $2,100, with floorplans starting at 700 square feet.)

At the center of the development is a small cemetery that’s been tucked behind the shopping center and surrounded by its moat of parking for five decades. Atlantic Residential reps say attempts to buy out-parcels around the forthcoming development haven't been successful to date. 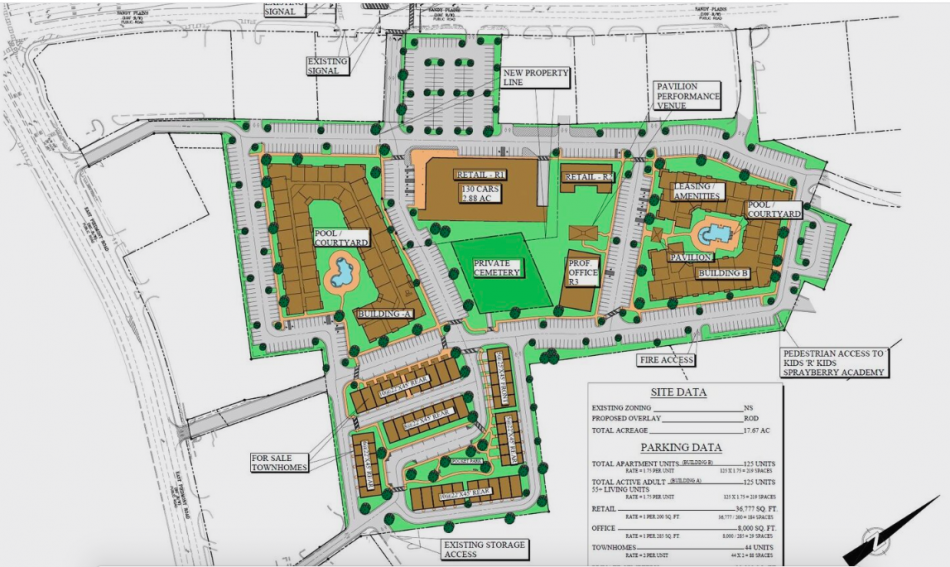 The redevelopment “is designed with the intent to become a catalyst for further enhancement of this commercial corridor and continued neighborhood improvement,” said Richard Aaronson, CEO and cofounder of Atlantic Residential, an active multifamily developer across the Southeast and Midwest, in a press release.

“The introduction of residential uses to historically commercial areas,” Aaronson continued, “has become a very common and important community development tool, much like Avalon and Ponce City Market on a smaller scale.”

Cobb County Commissioner JoAnn Birrell called the project “a new chapter at Sprayberry Crossing” that will “make our community safer and more vibrant,” while replacing “this shopping center that had not been maintained to our community standards.”

Head to the gallery for a closer look.