The Whitehall Street section of south downtown on the fringes of Castleberry Hill has seen little redevelopment action in recent years, unlike properties bordering the Gulch and others in the residential loft district just to the west.

All indications point to that changing, though it may take longer than expected.

As part of its brownfields program, the City of Atlanta’s Department of Planning is helping advance plans for the redevelopment of the former Simon Metal Works at 395 and 409 Whitehall Street.

As is, the vacant, fenced property spans 1.67 acres contaminated by heavy metals and solvents beneath thick layers of concrete. 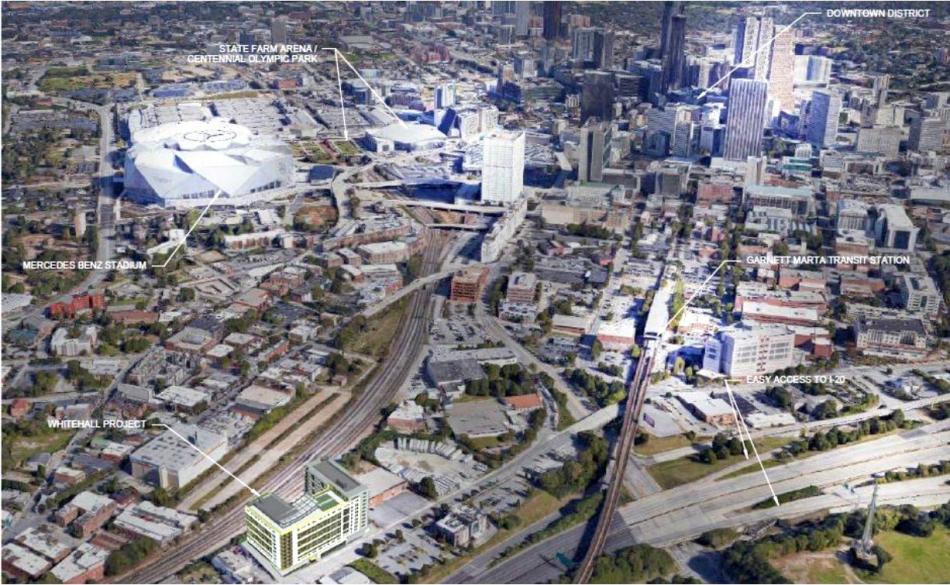 Eagle Environmental Construction, which acquired the site in 2017, is planning to replace that with a 322,363-square-foot mixed-use building that would rise nine or 10 stories.

Early plans call for 356 units—53 reserved as affordable, to some degree—built atop three levels of underground parking. More than 13,000 square feet of retail is also in the mix, with a pedestrian plaza planned along Whitehall Street. 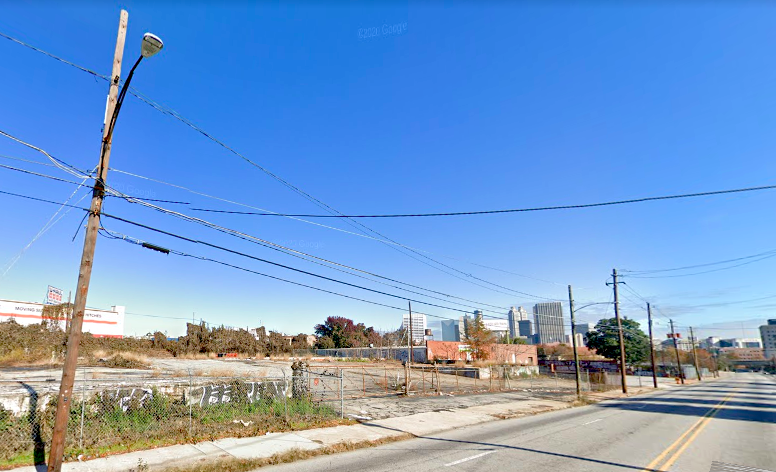 The site after clearing and other remediation work in 2019. Google Maps

According to a planning department timetable, concrete removal was scheduled to begin on site next month. But the process of working through EPA requirements is taking longer than expected, department spokesperson Paula Owens tells Urbanize Atlanta.

“We don't have a start date for the project,” Owens noted in an email today.

Between the 1950s and 2000s, Simons Plating Works ran an electroplating facility on the Whitehall Street property, specializing in zinc, nickel, and chromium plating.

Site work the past few years has seen dilapidated buildings cleared, 11 tons of asbestos removed, and a 30-foot-deep plating pit backfilled and capped with concrete. The site was rezoned for mixed uses in 2018, per the city. 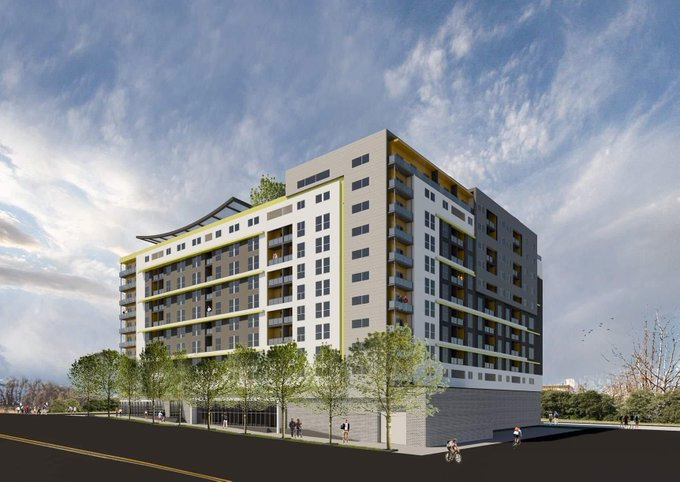 Remaining work includes the removal of asphalt, foundations, and building slabs in order to dig out about 30 feet of contaminated soil.

The site is just south of the nearly 10 acres that SSG Realty Partners has pitched as Artisan Yards. That property could hypothetically accommodate towers of more than 50 stories and 10 million square feet of mixed uses where Whitehall Street meets Ted Turner Drive.