The residential component of three-pronged Midtown Union has officially reached its apex over Spring Street.

Now called Mira, the 355-unit apartment building stands 26 total stories, with an eight-level parking deck and retail at the base. It joins a dozen other residential developments under construction across Midtown right now, all but three of them climbing 20 stories or taller.

Construction on the Cooper Carry-designed Mira building began in November 2019, and the push to lease apartments is expected to begin in mid-2022. 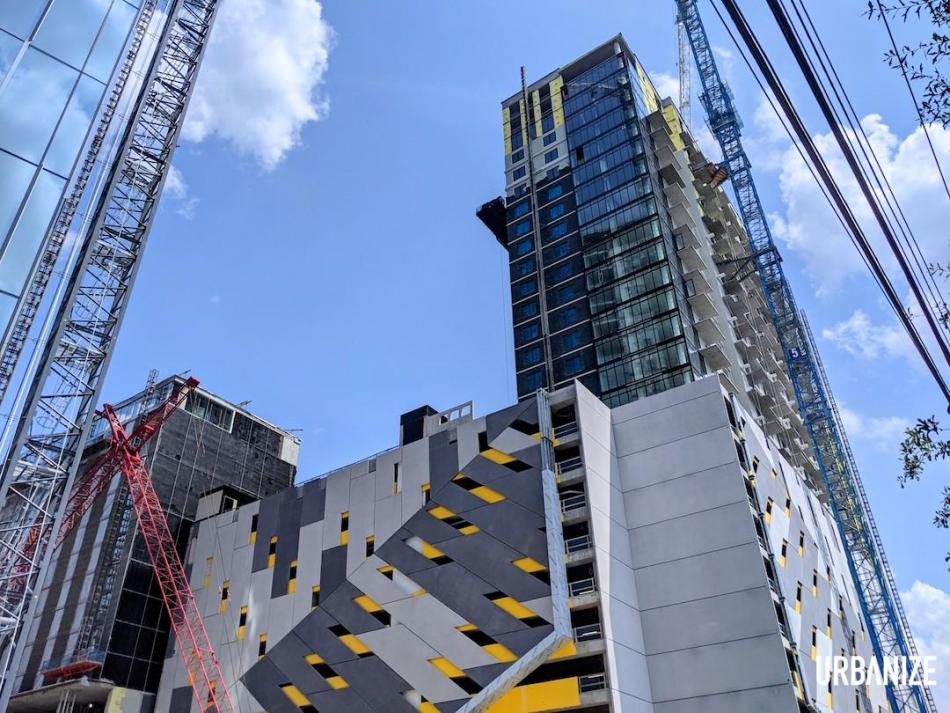 As seen last summer, the Mira apartment tower and its parking deck along Spring Street, where one mural is being installed. Josh Green/Urbanize Atlanta

Amenities, as expected with luxury residential in Midtown, will include concierge services, a pet spa, and an outdoor pool with grilling stations and seating overlooking the city. An onsite coffee shop, bar and lounge for residents, and spaces for coworking and conferences are also in the works.

Rob DeBruin, StreetLights’ president of construction, said in an announcement today the Mira tower was topped out on schedule. 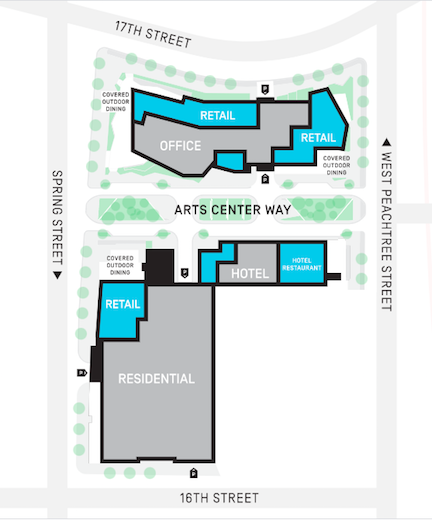 MetLife’s global head of real estate and agriculture, Robert Merck, called Midtown Union “one of the largest recent developments in Atlanta” and a boost for the district’s vibrancy. The development team says 50 restaurants are located within a half-mile radius of the new apartment building, which is a short walk to MARTA’s Arts Center station.

“We’re pleased to have reached another important milestone on a landmark project that’s creating jobs and economic growth for both the city and the state,” added Merck in an announcement today. 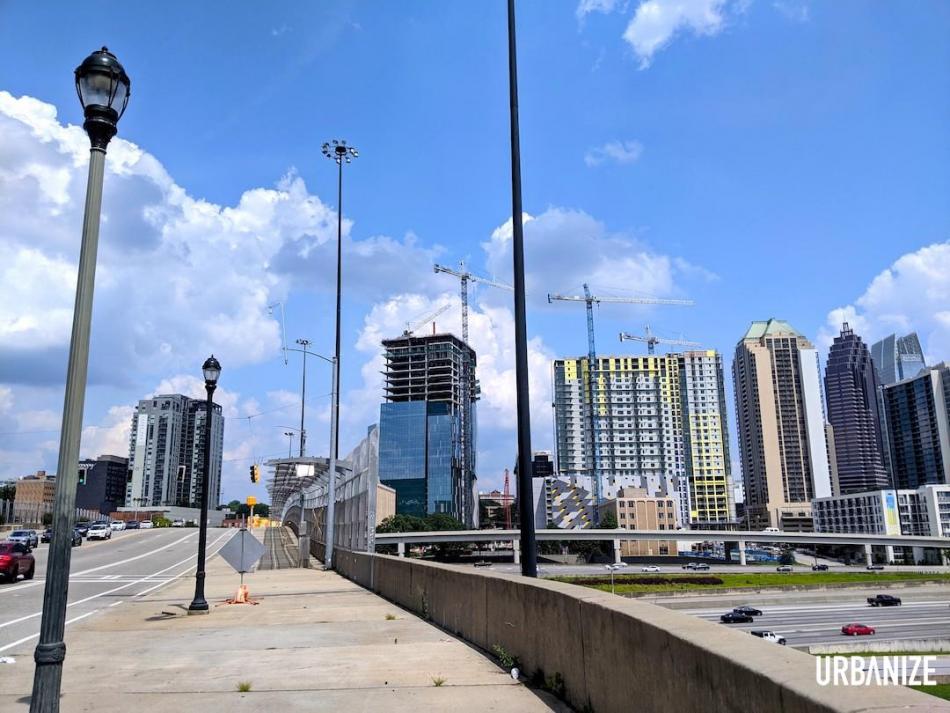 Last winter, a 12-story Kimpton hotel topped out along West Peachtree Street. The tallest facet, 26 stories of glass-wrapped offices on 17th Street, has nearly topped out, too. That 612,000-square-foot tower will house the global headquarters of investment management firm Invesco.

Work on each building’s façade continues, as a tree-lined, pet-friendly boulevard that will bisect the property begins to take shape.

Spread around the bases of buildings will be 32,000 square feet of retail, with more than 1,900 parking spaces stacked and wrapped throughout.

Midtown Union is rising on land that mostly operated as surface parking for years. Extended bike lanes are expected to wrap around the site, connecting existing lanes on Spring and West Peachtree streets, once construction finishes.