Midtown’s penchant for clearing out the old for what’s taller and new is continuing on 14th Street, just west of Piedmont Park.

That’s where national homebuilder and active intown developer Toll Brothers is moving forward with plans for a 17-story building that will overlook the marquee Midtown greenspace.

Two longstanding Midtown houses on the north side of 14th Street—one that’s served as offices—have been razed in recent days to make way for the luxury mid-rise. Those are being combined with a neighboring, cleared lot where a five-story condo stack called The Dowling was proposed four years ago but didn’t materialize.

The site is bordered by the Mediterranean-style Windsor apartments and a row of townhouses. 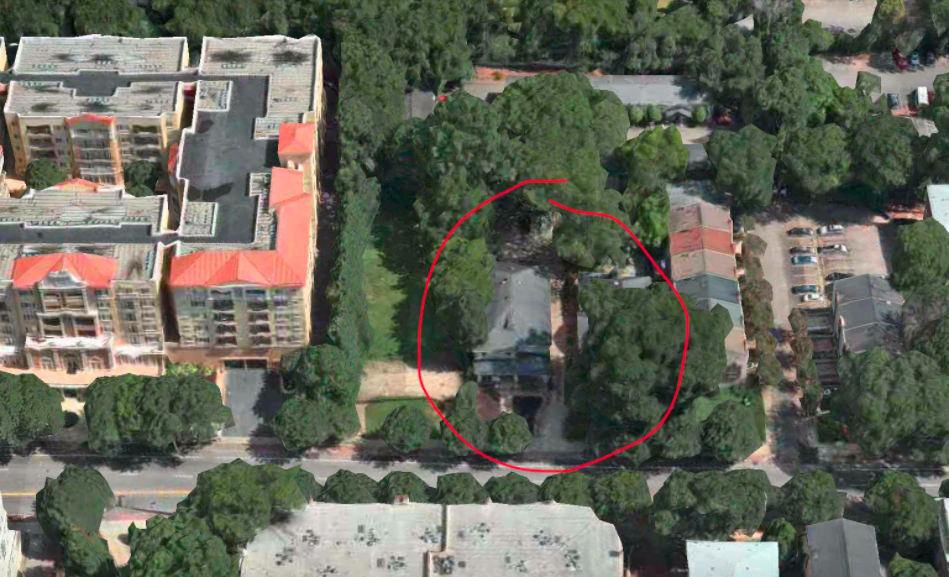 Aerial of the two properties being cleared. Submitted 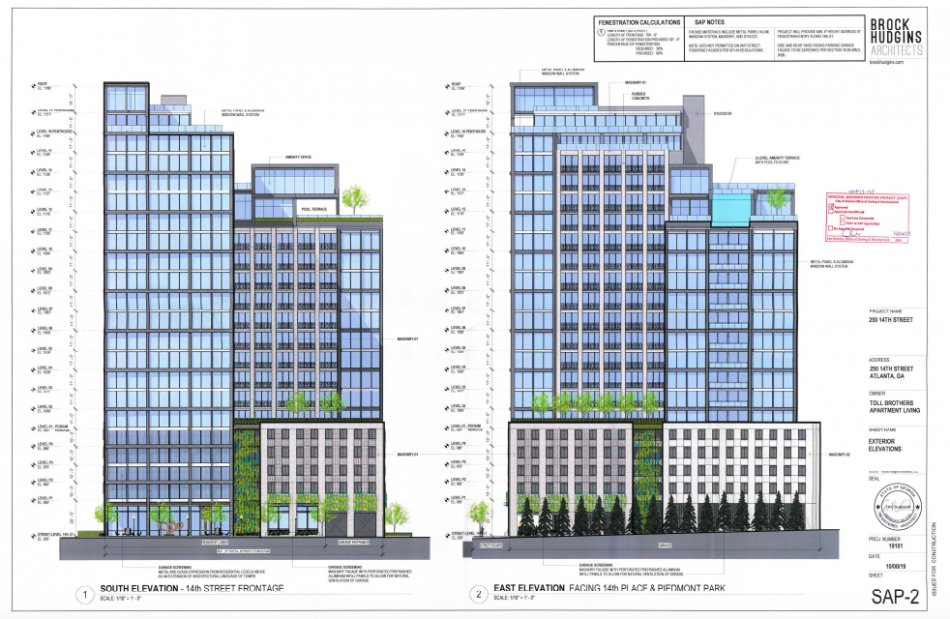 The sides facing downtown, at left, and Piedmont Park. Toll Brothers, via City of Atlanta

According to Midtown Alliance, the Brock Hudgins Architects-designed tower will include 175 units over 310 parking spaces. No retail space is planned.

We’ve asked Toll Brother reps if the residences will be apartments or for-sale condos—and when they’re expected to deliver—and we’ll post any further details that come. Elsewhere in Atlanta, the company has a mix of projects in various states of construction, from Morningside and East Atlanta townhomes to Oakhurst condos, plus the finished Osprey apartments over Howell Mill Road and another planned Midtown high-rise.

How the tiered structure is expected to meet 14th Street. Toll Brothers, via Midtown Alliance

Just around the corner in Midtown, Middle Street Partners is moving forward with a two-tower concept that will claim a row of bungalows where Einstein’s and Joe’s on Juniper have operated for a generation.

Per its website, Einstein’s has now closed to the general public in preparation for demolition, but the space will continue to host private gatherings through October.