Where Midtown meets Old Fourth Ward, this mid-rise building formerly known as the Ivy Hall Apartments was part of a mini wave of condo conversion projects a couple of years ago, joining flips in Atlantic Station and Buckhead’s 50-unit Enclave at Peachtree Memorial.

Now called Harper on Piedmont, the refreshed, 111-unit building due south of Piedmont Park sports condos that manage, generally speaking, to feel classy and contemporary at the same time.

Case in point is this top-floor unit, listed this week for $569,900 with Engel & Völkers Atlanta. 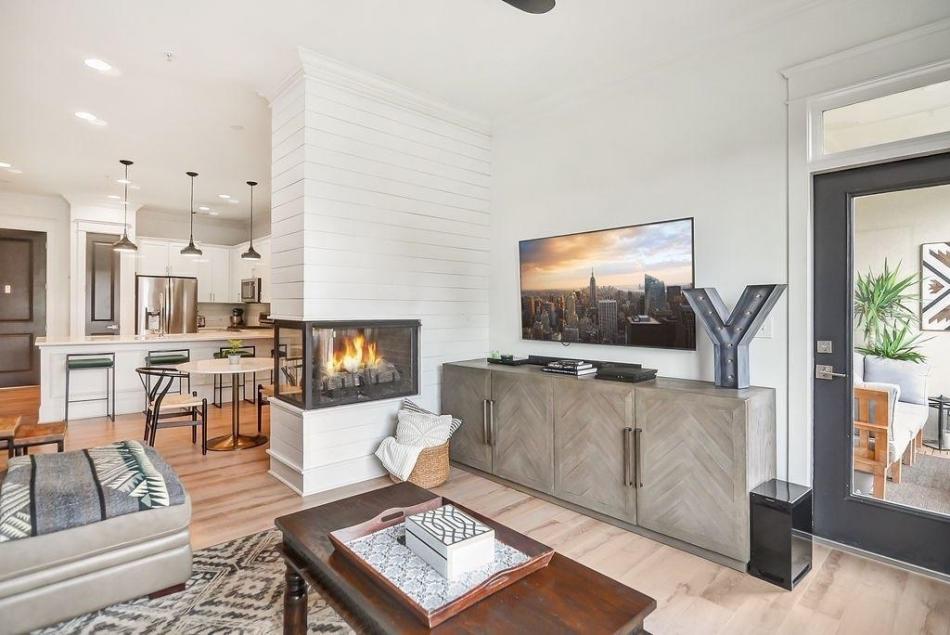 Counting two bedrooms and two bathrooms (plus a versatile den/Peloton nook) in 1,415 square feet, the updated property offers an urban dweller plenty of room to stretch out,

It wouldn’t be the priciest condo to sell in the building so far, but it’s the most expensive listed at the moment. On the bright side, per the listing, the flat “was very lightly lived in” and is being “offered below replacement value,” whatever that means.

Views from various rooms, described as “panoramic,” encompass most of Midtown, especially in winter. And because this building where Piedmont and North avenues meet practically hugs Ivy Hall—the restored 1883 Queen Anne Victorian owned by Savannah College of Art and Design—those sightlines should be largely protected. 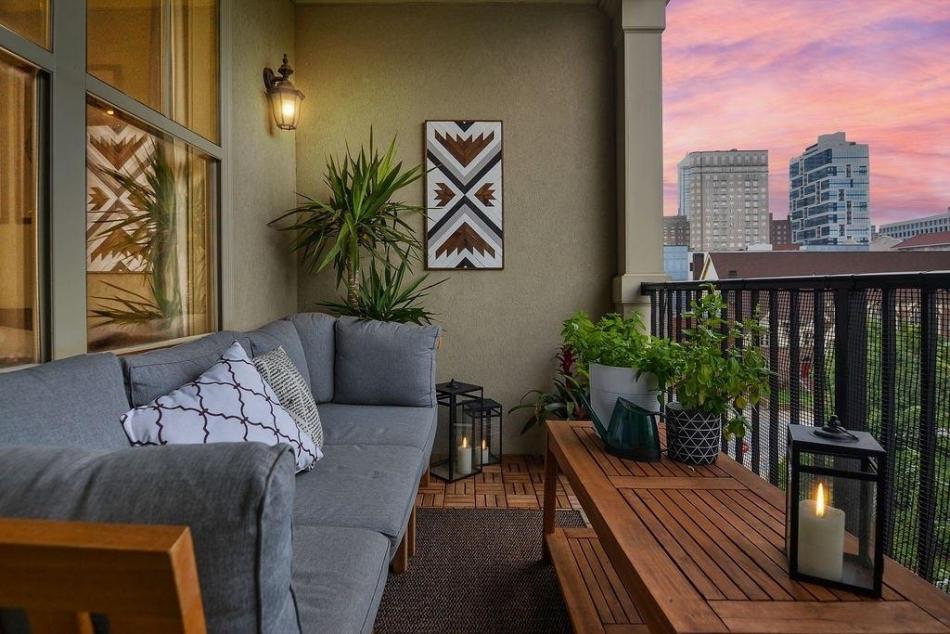 Freshly painted, the condo includes a two-sided fireplace in the spacious living room, 10-foot ceilings, quartz countertops, and crown molding for a touch of formality. Two parking spaces come with.

The monthly HOA fee of $496 could sting. But amenities from the Peloton-dotted fitness center to the grilling station, non-spa-sized pool, and the recently installed Luxor One package-controlling system could make that expenditure logical. 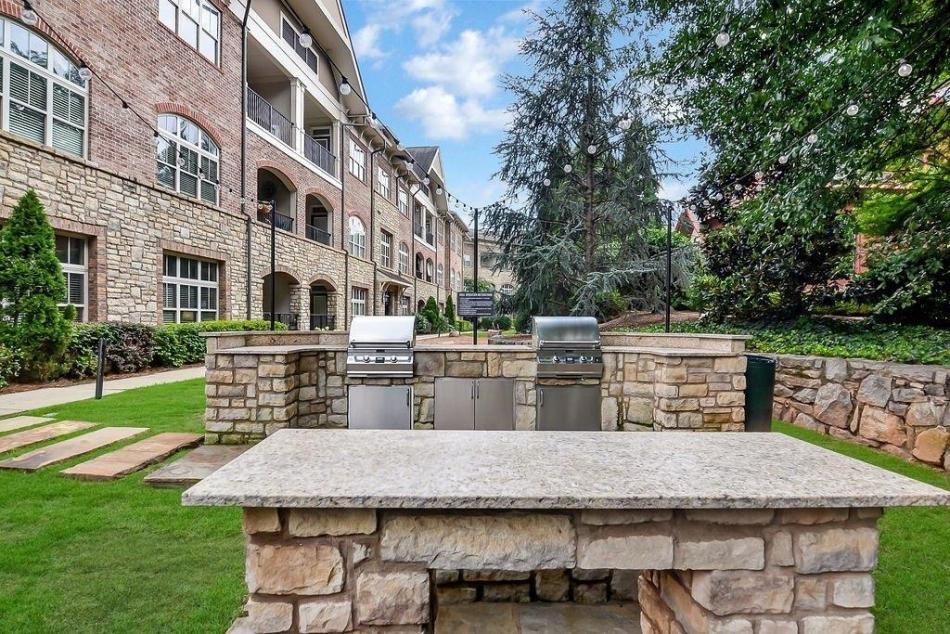 TriBridge Residential bought the complex as apartments for $36 million, and finished its conversion to for-sale units in 2019—a decade after it’d originally been built.

Perhaps Atlanta could use more of this?