The company helmed by Jarel Portman is scheduled to present plans to the Midtown Development Review Committee on Tuesday for a 31-story residential tower proposal at 1405 Spring Street.

The 300,400-square-foot building would rise at the southeast corner of Spring and 18th streets, across the street from Atlanta’s Center for Puppetry Arts and kitty-corner to The William Breman Jewish Heritage Museum.

Since 2012, the site has been home to the 16,500-square-foot Judge G. Alan Blackburn Conference Center, which has a 350-seat auditorium, classrooms, and banquet space.

Plans call for razing the conference center at the half-acre site and building 326 stacked residences, with a leasing office facing Spring Street. 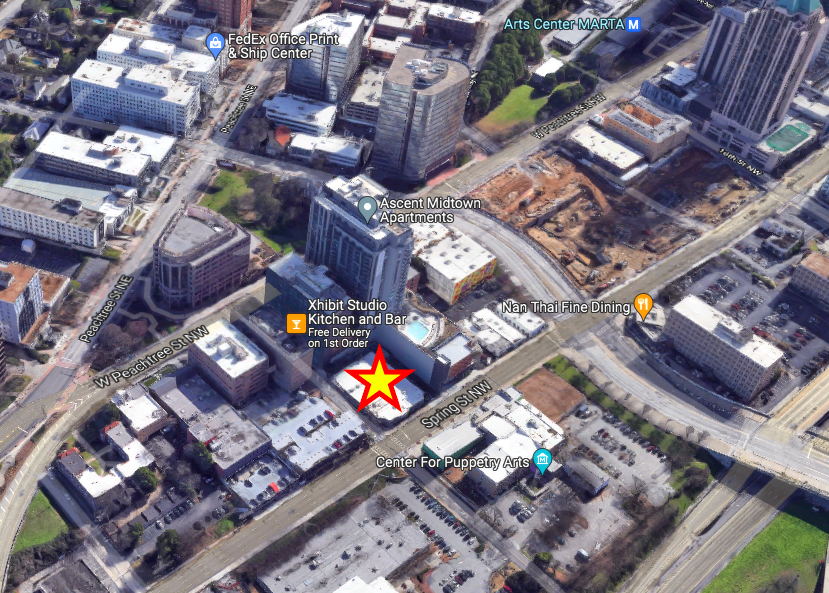 The 1405 Spring Street NW site as construction at Midtown Union got underway a block to the south. Google Maps

The project would also include a screened, nine-story parking deck with 324 spaces, according to the Midtown DRC. Earlier reports pegged the tower as a 33-story project.

According to city records, the property sold in August to an LLC called 1405 Spring Street for $4 million.

We’ve reached out for project images and further details and will update this story should they come. 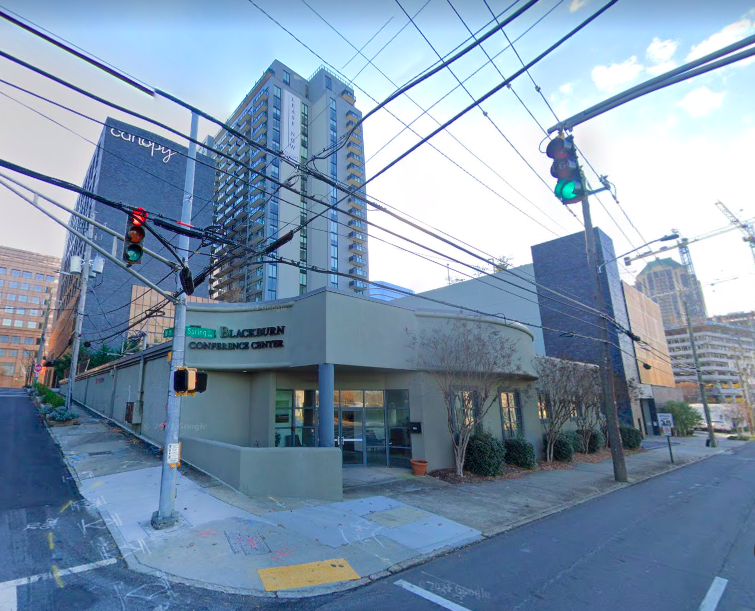 The current conference center at the southeast corner of Spring and 18th streets. Google Maps

Next came one of the most celebrated high-rise Atlanta buildings in recent memory: the puzzle-like Lilli Midtown apartments along Peachtree Street, near the Fox Theatre. That aluminum-clad project, designed by New York’s ODA Architecture, managed to add no new parking by tapping into an underutilized deck next door via a bridge.