Atop a Midtown building that could be classified as hidden in plain sight, this recent listing illustrates that not all sizable condos cost a half-million bucks in one of Atlanta’s most walkable sections. Although like everything else, they’re not as attainable as they once were.

Built in 1961, the 33 Ponce building located at—you guessed it—33 Ponce de Leon Avenue was boutique before boutique was cool. It offers just 20 units in four stories, placed among Midtown blocks that are unrecognizable from a few years ago.

The top-floor, two-story condo in question, Unit 309, listed 12 days ago with Atlanta Fine Homes Sotheby's International Realty at $359,000, where it remains.

That buys one bedroom and one bathroom in what’s described as an “oversized” 1,157 square feet. 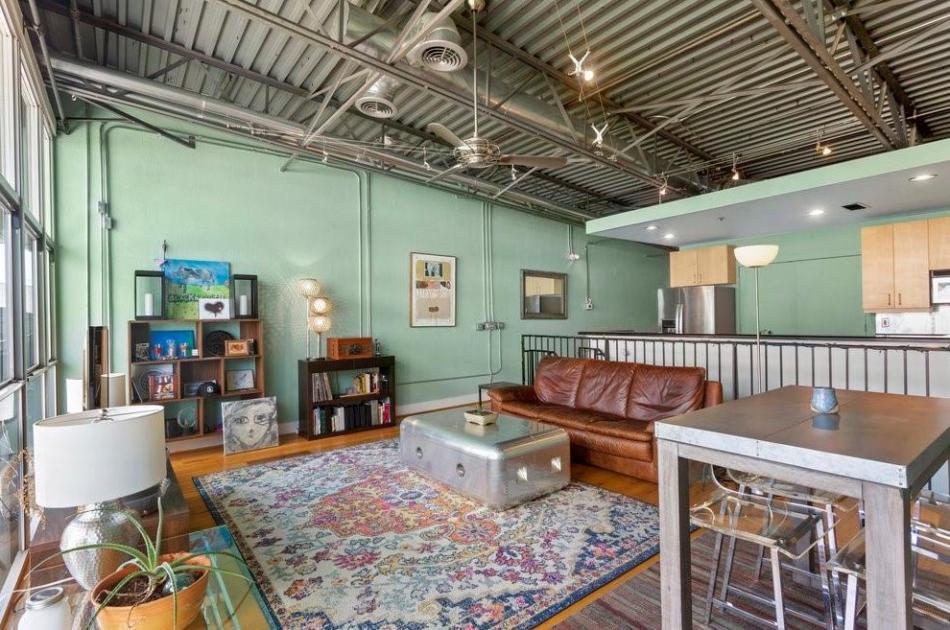 Beyond walkability (hello, 91 “walker’s paradise” Walk Score), the main selling point could be a wall of windows that beckons natural light and frames, at least partially, the Moorish-architecture landmark that is the Fox Theatre next door.

Outside, the mirrored balcony helps give the illusion of more length, while views of Norfolk Southern’s new headquarters and other recent high-rise additions beat views of parking lots.

The industrial-leaning aesthetic might not be for everyone, and while the kitchen and bathroom might be perfectly suited to habitation, discerning buyers might immediately itch for updates.

HOA fees, listed at $444 monthly, could be an issue for buyers whose budgets are already stretched in the mid-$300,000s. On the bright side, the costs do include one deeded parking space and a storage locker—though the area’s walkable enough that those might not be necessary. 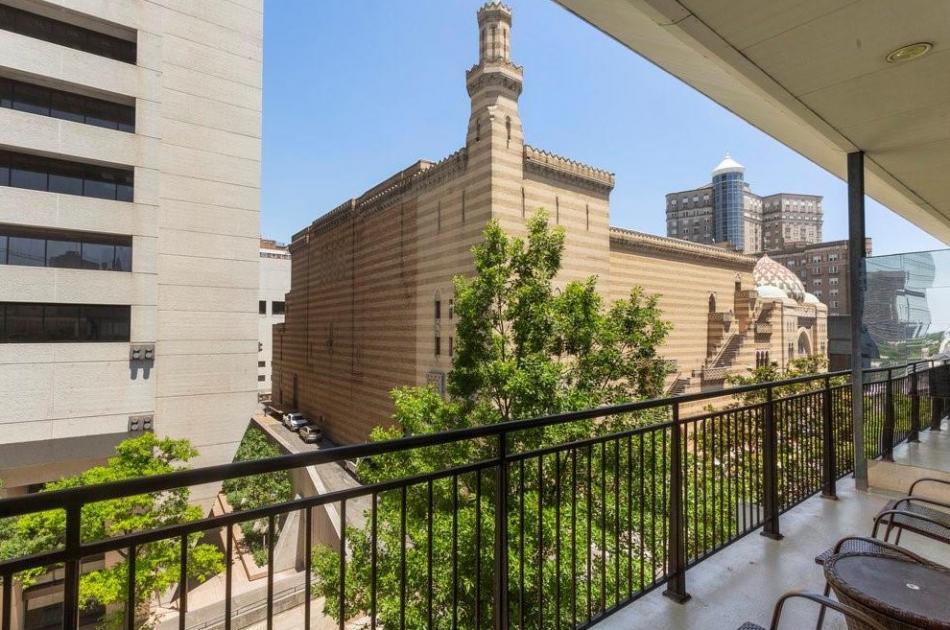 A larger, south-facing 33 Ponce condo is also on the market right now (but under contract) for substantially more ($425,000).

Hoof up to the gallery for glimpses at what the mid-$300,000s buys in a Midtown cultural hotspot these days.