A crucial piece of Midtown’s infrastructure for alternate transportation is moving toward construction after more than a decade in planning purgatory.

Following a phase of contract negotiations, Midtown Alliance officials expect the construction process to start before year’s end, according to a project timeline.

The Juniper Street overhaul idea was first hatched back in 2010, when a design team was hired. It’s been a long slog since. 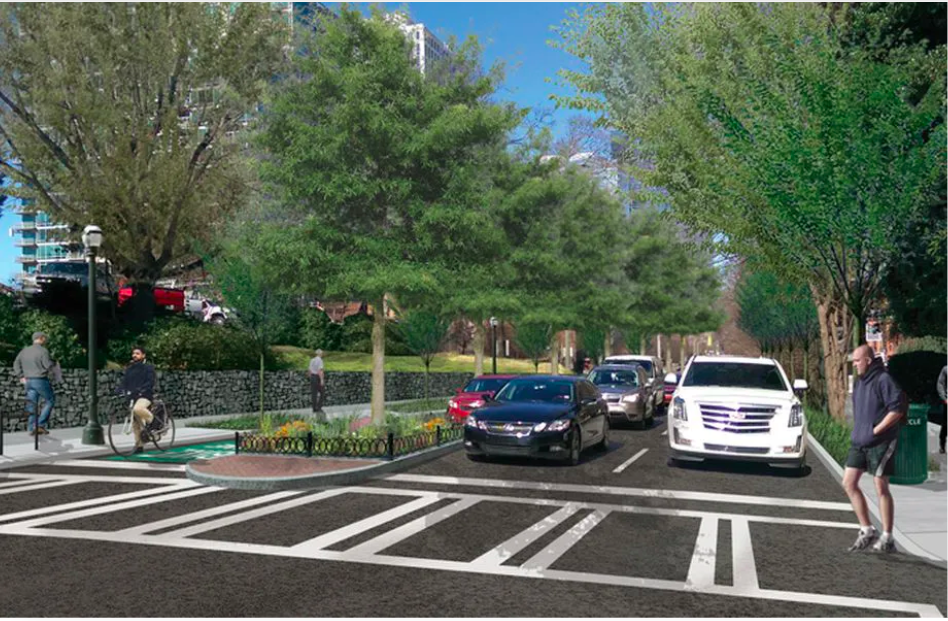 Midtown Alliance officials were once optimistic the project would be fully under construction by late 2016. Behind the scenes, however, a web of delays, dysfunction, and other messes involving the city’s procurement system under previous mayoral administrations was a significant hurdle.

The Juniper Street project will cover 12 blocks, implementing a one-way cycletrack that starts at 14th Street near Colony Square and Piedmont Park and travels down to Ponce de Leon Avenue.

The complete-street overhaul will see non-drivers flowing southbound with car traffic in six to seven-foot bike lanes, protected by a system of raised planters and barriers at intersections. Vehicle lanes will be reduced to two, and dedicated parallel parking will be installed within a new buffer lane in places. Other additions would include plantings, bioswales, lighting, and street furniture, Midtown Alliance officials have said.

The alterations are designed to ensure “vehicular traffic moves through at a steady (yet calmer) pace,” per a project summary. 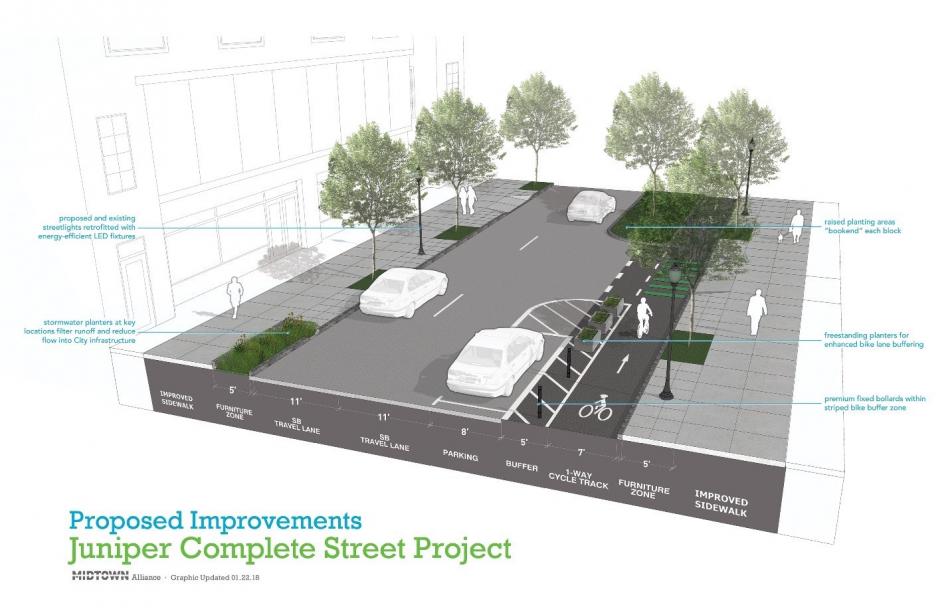 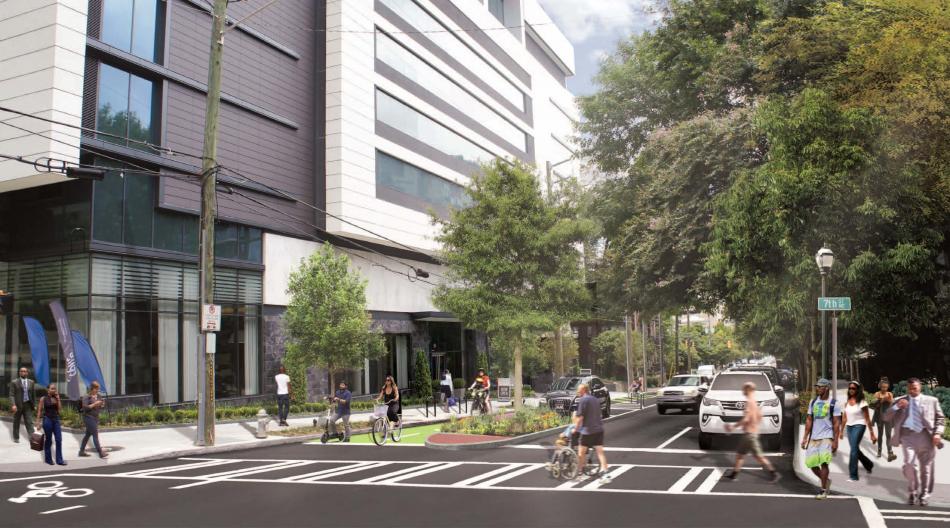 How a revised Juniper Street is planned to function at 7th Street in Midtown. Courtesy of Midtown Alliance

One block east, a 1.1-mile system of northbound bike lanes is also in the works for Piedmont Avenue, stretching from Ponce de Leon Avenue up to 15th Street at Piedmont Park.

The Juniper Street project is expected to cost $8.7 million. It’s long been funded with a mix of city transportation impact fees, federal and state grants, and Midtown Improvement District funds.

Once construction begins, Midtown Alliance expects the work to take roughly two years, with an estimated delivery in late 2024. 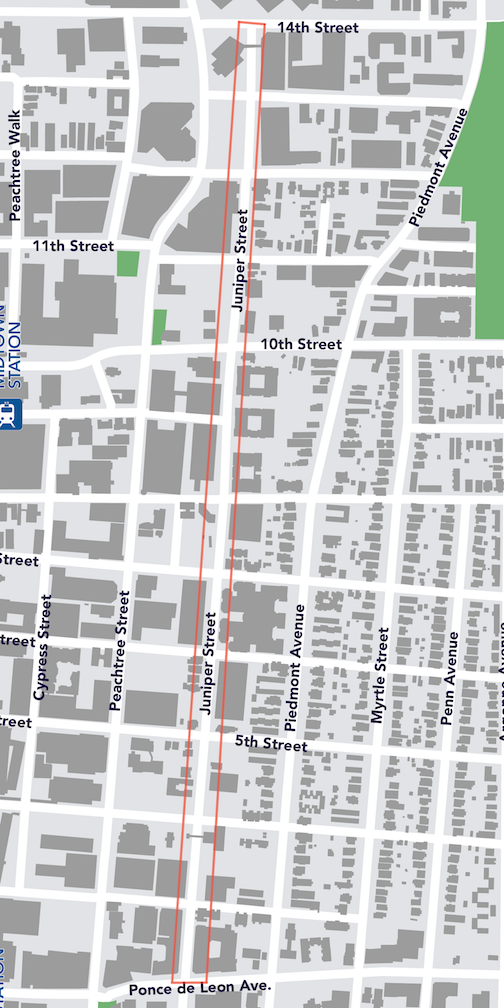