To hear marketers tell it, this revised midcentury modern dwelling in woodsy Beecher Hills has raised the bar for home design in Southwest Atlanta.

Now it’s aiming to raise the price ceiling, too.

With its hallmark angular roofline, abundance of stacked stone walls (some painted black), immense windows, and soaring ceilings in the main social spaces, this 1959 restoration retains the best of what makes MCM design attractive again, while infusing it all with modern panache. 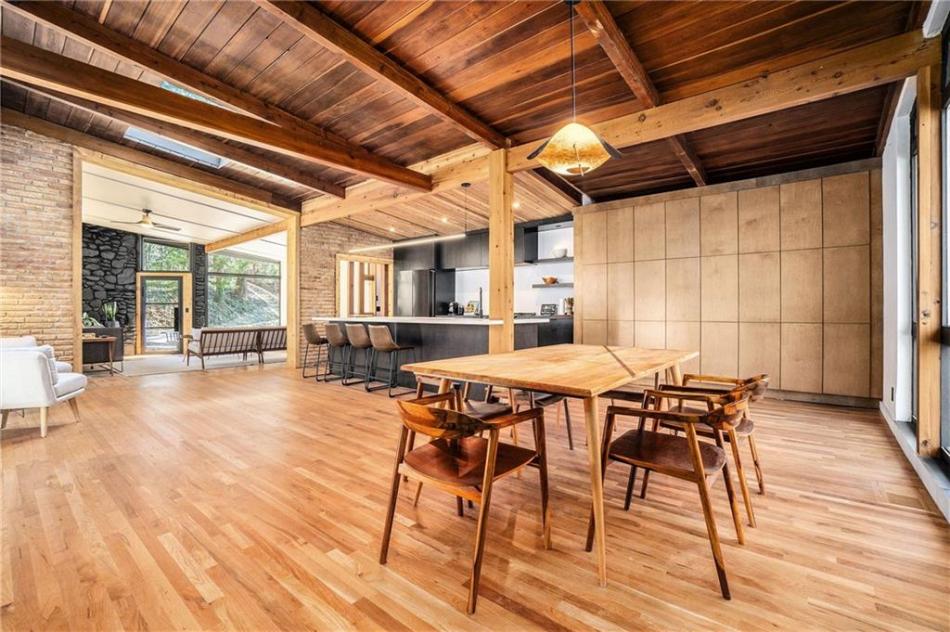 Beams galore in the kitchen, dining, and other social spaces. Photography by Next Door Photos

Spanning 2,550 square feet, the four-bedroom, three-bathroom residence listed this week at $695,000. Fetching that price would eclipse Beecher Hills' current sales record of $520,000 set a year ago.

A collection of forested subdivisions developed mostly in the 1940s and ’50s, Beecher Hills is located about five miles southwest of downtown Atlanta, near Cascade. It’s emerged in recent years as a hotspot for buyers scouting relatively affordable midcentury-modern dwellings, split-levels, remade ranches and bungalows, or more modernized infill housing that’s been speckled in.

The property in question last traded for $210,000 in December 2020—obviously in a drastically different state. 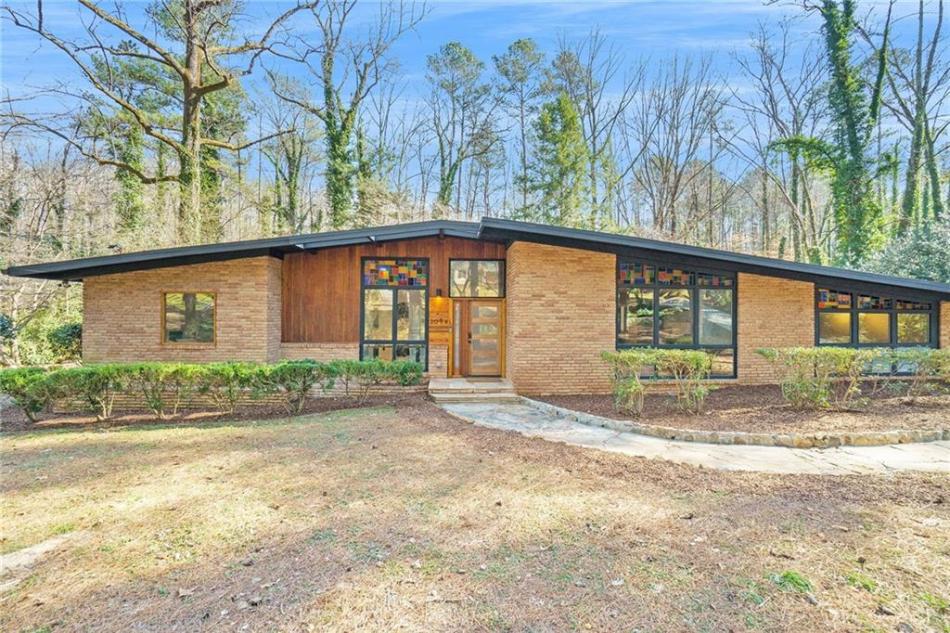 Beyond the interior, selling points include a squeaky clean two-car garage, guest parking on a long drive, and huge backyard space on the nearly 1-acre lot, with a little creek snaking through. The neighborhood is bikeable, and the BeltLine’s Westside Trail isn’t far away, but the property’s 18 Walk Score speaks to its tucked-away status.

It’s the first project for Atlanta-based Perspectiva, and they describe the results as nothing short of an “architectural gem” and fresh take on MCM revivals. 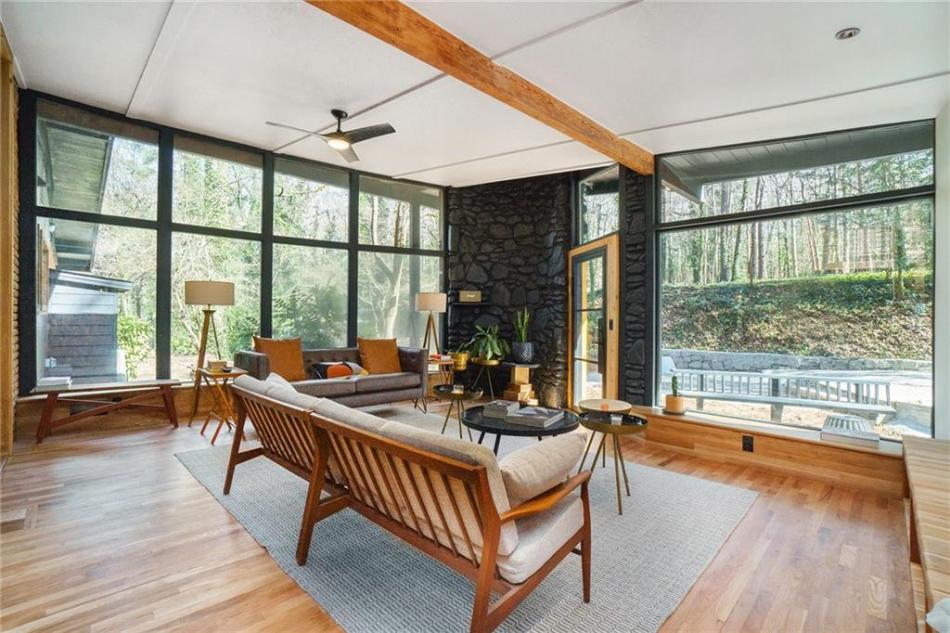 Photography by Next Door Photos

“This home is an exciting example of what you can offer a community when you break from the current, expected molds and trends,” co-owners Santiago Ramirez and Ismael Carrera said in a joint statement provided to Urbanize Atlanta.

Indeed. Have a closer look in the gallery above. A video of the "Casa Highview" property is also now live here.