The proliferation of Memorial Drive townhomes east of the busy intersection with Moreland Avenue continues.

Another townhome venture called The Carlyle was previously set to claim the long-cleared corner property in Edgewood. That modern, gated community of three-bedroom units didn’t fully materialize, although infrastructure including a street was installed. 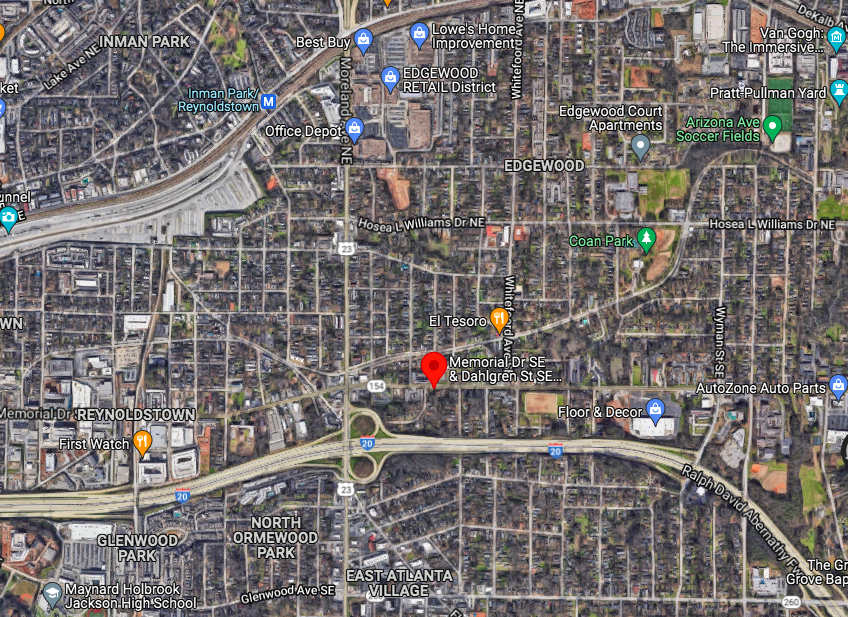 According to signage at the construction site, Edgewood Square units will have three bedrooms and three and ½ bathrooms. We’ll post renderings and details such as square footages when they become available.

Edgewood Square is joining a flurry of townhome builds between Edgewood and East Lake replacing either vacant, underused, or church properties. 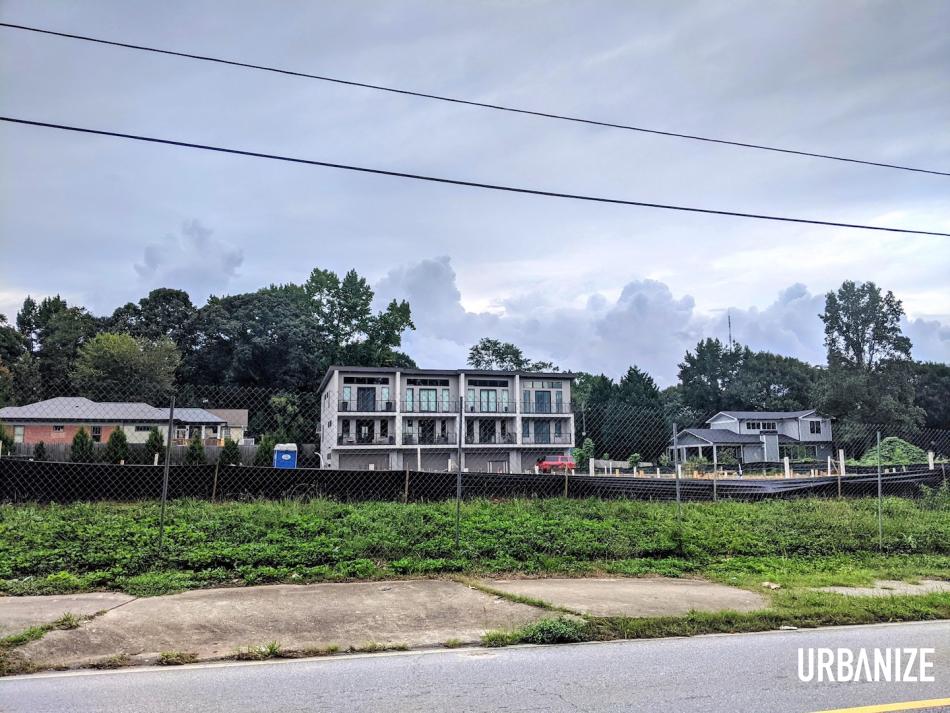 The site's Memorial Drive frontage, with four new townhomes finished on the lot a couple of years ago. Josh Green/Urbanize Atlanta

The closest projects include Zevulon Capital’s 16-unit Edgewood project, Walker Place Townhomes, at 1450 Memorial Drive, near Kirkwood’s western border. Prices there start in the low $400,000s for smaller units, with larger homes topping out in the low $500,000s, according to listing services.

That project is claiming a wooded lot just east of Edgewood’s Whitefoord Avenue, across the street from a revived shopping center now anchored by Floor & Décor and Planet Fitness.

Across the street from Edgewood Square, on vacant land at 1237 Memorial Drive, plans by McMillan Pazdan Smith Architecture are calling for 18 townhomes on .8 acres.

And farther east on Memorial, JackBilt’s 12-unit Warren South has recently begun vertical construction, with prices from the high $400,000s.