If the SNL character Stefon was an agent attempting to sell this house, he’d say it has everything: a disappearing kitchen island, precious “ATL” iconography, lattice, a living-room landing, stringy lights, a “plethora of personality” (to quote the listing), lattice, enough deck space to land a helicopter, more lattice, and a location within walking distance to a high-security movie studio.

One thing lacking: sheer interior space. But that’s the tradeoff with a listing described as “tiny-ish” living made gorgeous that proves standalone ITP houses can still be found in the $200,000s.

This one-bedroom, one-bathroom renovation project occupies a sloped lot in Lakewood Heights, about four miles due south of downtown. The $279,900 asking price buys just 651 square feet inside—but at least a condo’s worth of space on elevated decks to party under the stars outside. 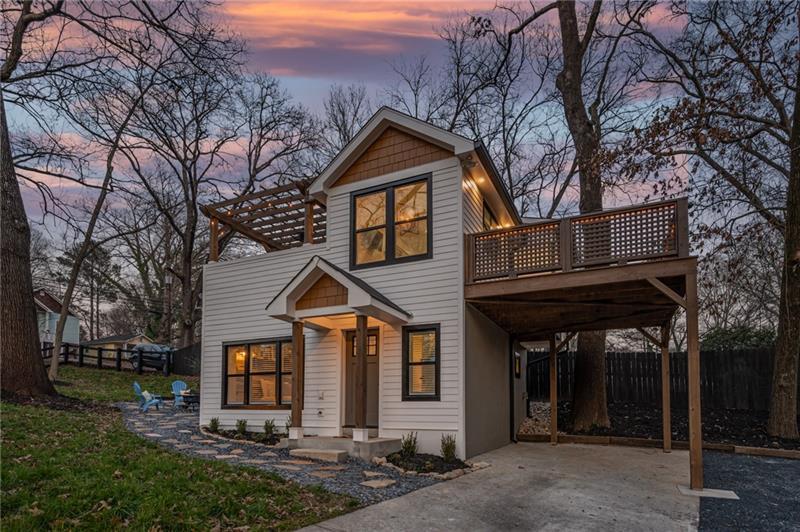 The bones date to 1940. Listing agent Russell Rogers, of PalmerHouse Properties and Lakewood Realty, says the structure was basically “a cinderblock shell” when the seller originally purchased it, remaking the interior and exterior functionality into what’s essentially a new house.

“The seller has spent tons of time on this home personally,” noted Rogers via email. “It was his baby!”

In the main/only hallway, the renovation goes all MacGyver (or MacGruber?) with the first retractable kitchen island to ever blip the radar. A machine in the kitchen that pulls double duty as the clothes washer and dryer, along with disappearing spice racks, are other handy, space-saving measures. 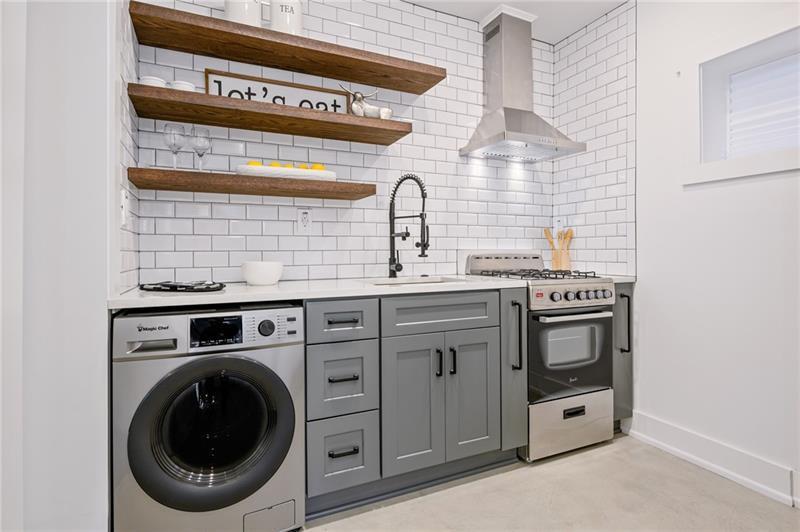 The chief selling point—and most non-tiny aspect of the property—is the second floor deck and veranda. The latter features a full summer kitchen that includes a small fridge, sink, and gas grill near the crucial outdoor ceiling fan.

Both have views of the spacious, fenced-in yard, with its fire pit fed by a gas line.

Swing up to the gallery for a closer inspection.