Proponents of off-street connectivity and preserved Atlanta waterways will celebrate a milestone this month with the unveiling of a huge pedestrian bridge.

The South Fork Conservancy, city officials, and key donors are expected to cut the proverbial ribbon December 14 on the Confluence Pedestrian Bridge, a multipurpose link near Lindbergh (aka, Uptown Atlanta) where PATH400, the BeltLine’s Northeast Trail corridor, and other future trails converge.

Located off Adina Drive, the $2.5-million “spectacular structure” of Corten steel spans 175 feet and is high enough for bird’s-eye views of the point where Peachtree Creek’s South and North Forks converge, officials say. 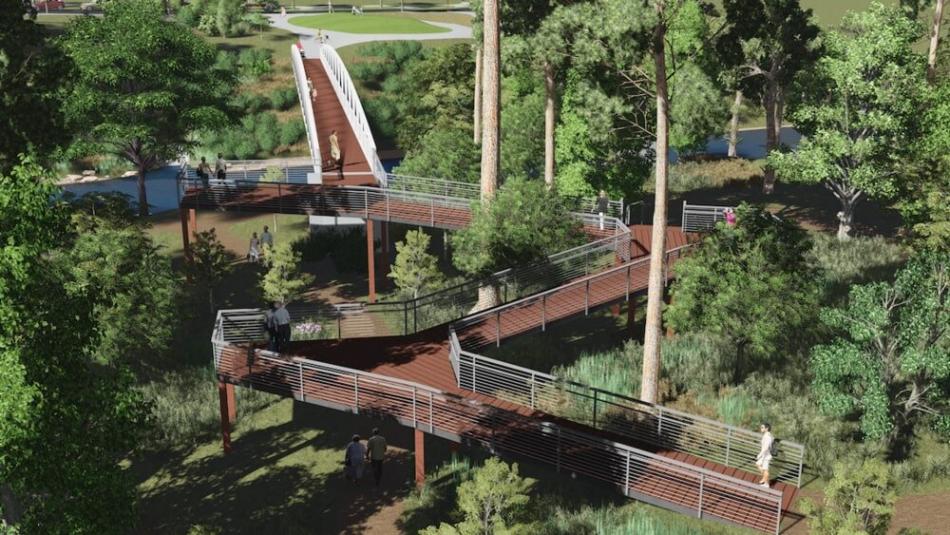 A rendering illustrating the bridge's ADA platforms at the south end. Courtesy of South Fork Conservancy

Combined, the new bridge and ADA system are the length of a football field.

The South Fork Conservancy—a nonprofit organization that aims to build more than 30 miles of creek-side trails while preserving banks and tributaries—spent years fundraising and planning for the new bridge. Its initial installation with one of North America’s largest mobile cranes last year, just a few months into the COVID-19 pandemic, made regional headlines. 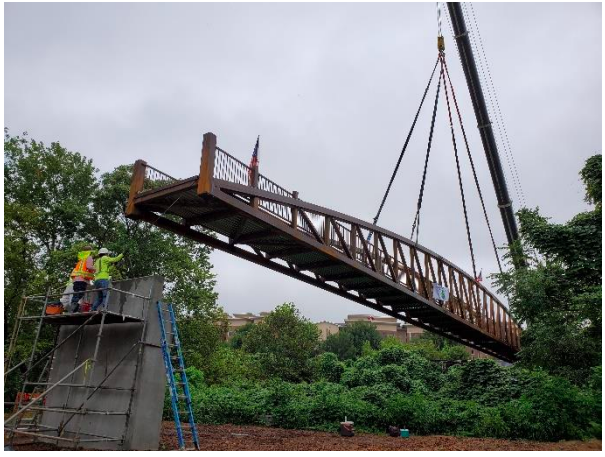 South Fork Conservancy chair Julie Ralston called the 70-ton structure "truly a bridge to the future” in an announcement today.

Expected to beautify with age, the bridge’s bowstring truss design is meant to echo train bridges that have crisscrossed Atlanta’s creeks through history, according to the conservancy. The creek below is actually designated as a navigable waterway, so the bridge is high enough, randomly, for ships to pass beneath.

Beyond the BeltLine and PATH400, long-term plans call for a connection from the area to PATH’s Peachtree Greek Greenway, just to the north. That system debuted its 1.3-mile initial segment in Brookhaven in 2019, with plans to one day wend up to Chamblee and Doraville.

How the Confluence Trail will link via the new bridge with PATH400, which stretches southward from the heart of Buckhead. The BeltLine's Northeast Trail corridor is just left of this image, near Lindbergh.Courtesy of South Fork Conservancy