MARTA officials are making progress on a major transit hub south of Atlanta that would support 31 regional bus routes while creating more than 700 jobs in Clayton County, the agency announced this week.

MARTA has recognized the need to build such a multifaceted project—now called the Clayton County Operations and Maintenance (O&M) Facility—since Clayton residents voted to join the MARTA system way back in 2014.

The agency’s Board of Directors Planning and Capital Programs Committee recently selected STV Incorporated, an engineering and design firm, to complete designs of the transit hub in hopes of improving service in Clayton and the entire south metro area.

The Clayton O&M Facility is expected to transform industrial acreage to reduce operational costs and increase efficiency for 31 regional bus routes. That means parking will be provided for 250 buses, alongside support infrastructure such as a fuel area, bus wash, and fare retrieval system.

Other components will be a wellness center for employees, a MARTA police precinct, and a firing range. 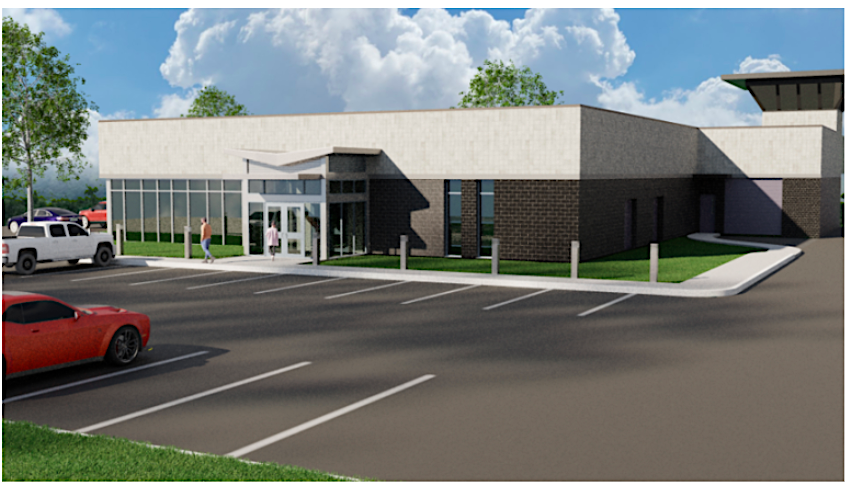 MARTA expects to complete facility designs in late 2023 and break ground on construction in January 2024. Agency leaders expect the project to create 350 construction jobs—and twice as many permanent ones.

According to a project overview, the Clayton O&M Facility would claim a 31-acre site that was previously a K-Mart distribution center in Forest Park. MARTA had previously considered more than two dozen sites based on traffic conditions, development costs, current zoning, and other factors. Operations are scheduled to open there in late 2026. 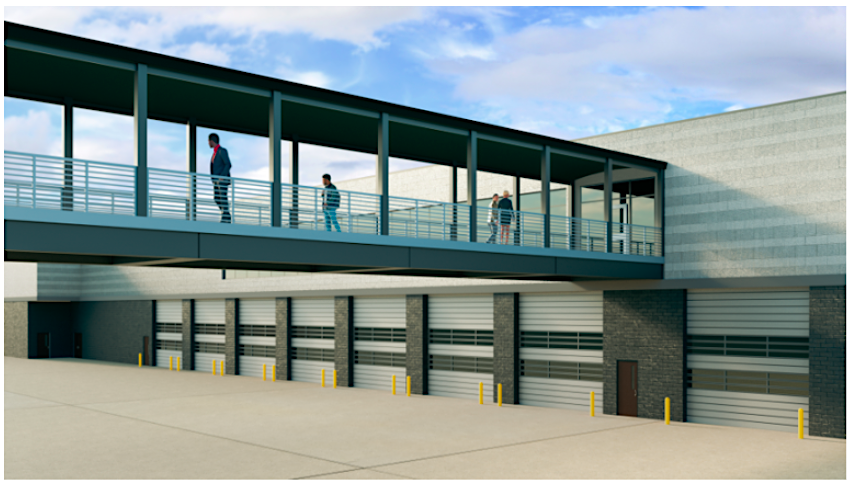 The Clayton O&M Facility has so far received $33 million in federal support, according to MARTA. That includes two Federal Transit Administration Buses and Bus Facilities grants—$13 million in 2019 and $15 million in 2022—in addition to a $5 million earmark secured by Sen. Rev. Raphael Warnock.

“The strong federal support for this project underscores its importance and value to Clayton County and the entire south metro Atlanta area,” Collie Greenwood, MARTA interim general manager and CEO, said in this week’s announcement. “For MARTA, it means not only will we provide transit service in Clayton, we will live there, too.”

Design progress on the transit hub joins of flurry of MARTA activity in Clayton.

It marks MARTA’s first application to the CIG Program since the Red Line was extended to Sandy Springs' North Springs in the year 2000, officials noted this week.

The BRT investment is expected to cost upwards of $338 million but shave 20 minutes off the bus trip from Southlake Mall to College Park, where riders can connect with MARTA rail and the airport. Key points in between would include Southern Regional Medical Center, Riverdale Town Center, and numerous apartment complexes and retail developments, per MARTA.

MARTA has said its goal is to begin construction on the Clayton Southlake BRT system by mid-2024 and launch operations in 2026. 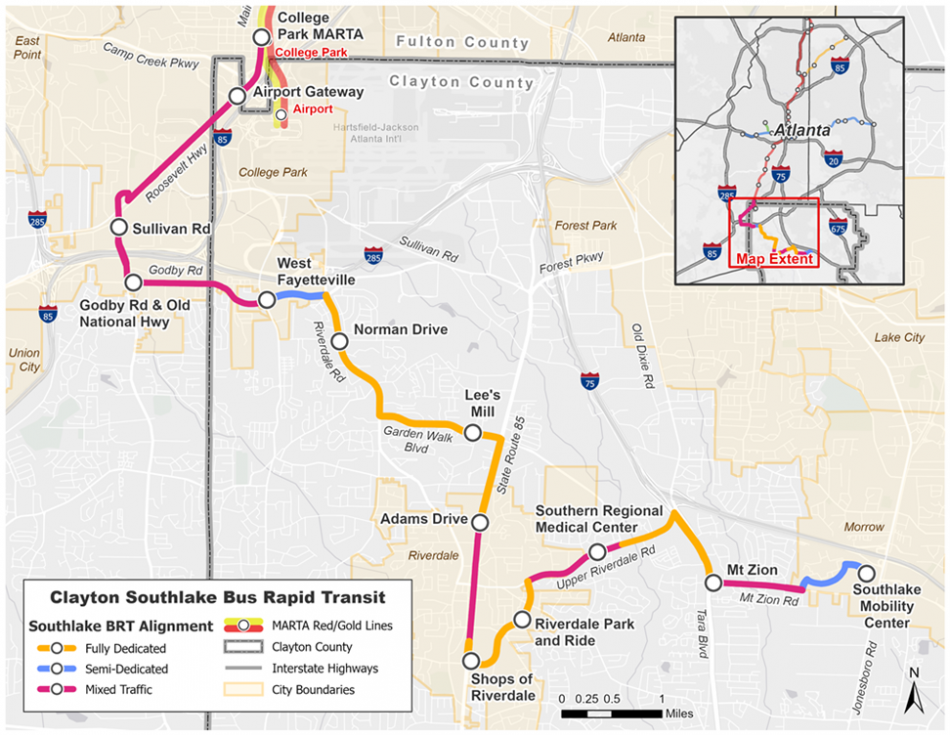 Meanwhile, MARTA recently implemented two new bus routes in Clayton—the 197 and 198—and plans to complete 175 bus stop and shelter upgrades in places with high ridership before 2024.

MARTA’s app-based, on-demand transit program that’s similar to Uber and Lyft, MARTA Reach, is also being piloted at the Gillem Logistics Center in Clayton. Elsewhere in the area, MARTA’s SR 54 High-Capacity Transit Initiative is “exploring potential alternatives for high-capacity, fixed-guideway transit in a study corridor extending from East Point to Lovejoy,” according to the transit authority.