From Buckhead to Atlanta’s Westside and the airport, MARTA is gearing up to implement $300 million worth of upgrades to train stations with changes both decorative and transformative.

The kickoff for the agency’s systemwide Rail Station Rehabilitation Program is scheduled Monday at the Indian Creek rail station, where a groundbreaking ceremony is expected to signal that MARTA’s push for broader renovations has begun.

All 38 rail stations in MARTA’s system will eventually be part of the program, the agency says. But along with Indian Creek, the first phase will cover College Park, Five Points, Lenox, Arts Center, H.E. Holmes, and Airport stations.

Improvements at Indian Creek station, MARTA’s easternmost terminus on the Blue Line, will include new public restrooms, tile cladding on the concourse level, new landscaping, and a lighted walkway from the parking lot into the station. All signage and damaged concrete will also be replaced, according to MARTA officials.

The expected cost for that work, as designed by Axis Infrastructure, is $10 million, which is being funded by DeKalb County’s penny sales tax.

Indian Creek provides a link into the city for riders who live east of DeKalb County, with an average weekly ridership of about 10,000.

Beyond that station, the $300-million rebab program will be rolled out across several years. It will aim to enhance rider safety with more lighting and wayfinding, while using “materials that are easier to maintain, making stations cleaner and safer for riders,” according to a MARTA announcement this week.

Some of the more significant changes are planned in the heart of downtown.

In June, MARTA announced a $150-million overhaul of its Five Points station, the system’s downtown nucleus. Plans call for removing a large canopy to open up the facility, creating a more welcoming public plaza, and potentially reconnecting Marietta and Alabama streets. 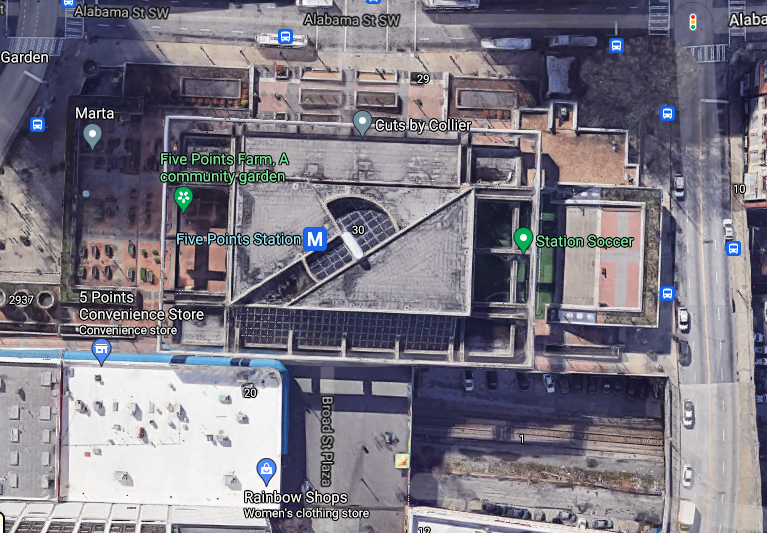 MARTA leaders have said the changes—funded by the More MARTA half-penny sales tax—would also lay the groundwork for transit-oriented development in the immediate area.

Construction at Five Points is expected to begin early next year, with a completion date scheduled in 2025—in time for crowds should Atlanta be chosen as a 2026 FIFA World Cup host city.

• MARTA wants your 2 cents: What should new train fleet look like? (Urbanize Atlanta)