An effort to preserve and extend the long-term viability of Mechanicsville affordable housing will see a historic loft building restored next year near a transit station, MARTA officials announced this week.

The apartments are also a half-mile, or roughly a 10-minute walk, from MARTA’s West End rail station. 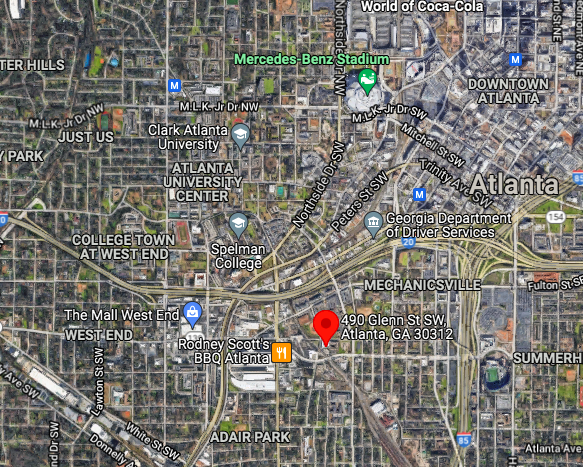 The GE Towers location near downtown. Another landmark, Adair Park's The Met complex, is just southwest of the apartments. Google Maps

According to MARTA officials, Lincoln Avenue Capital will acquire GE Towers and rehabilitate the property with help from tax credits in 2022. The company is known for mission-driven affordable housing development, and the GE Towers project will aim to extend the property’s affordable status in Southwest Atlanta, while continuing MARTA’s goal of boosting transit-oriented residential options, officials said.

It marks the first transaction for the preservation fund, which was established in January. MARTA, Morgan Stanley, and National Equity Fund launched the initiative in an effort to keep affordable units in place near Atlanta transit stations. 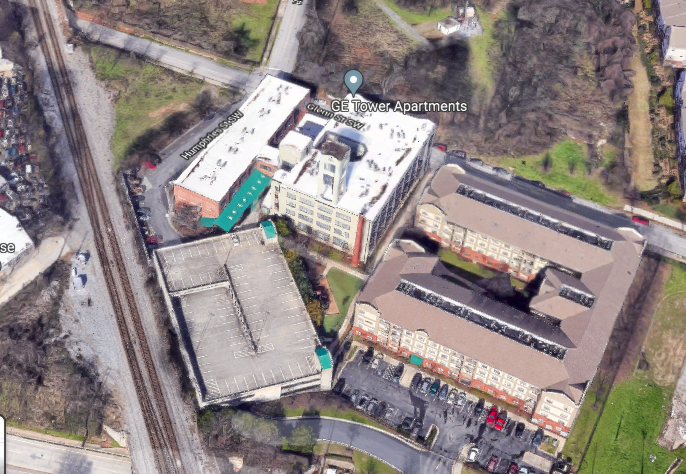 Overview of the complex and adjacent parking, next to MARTA rail, with Ralph David Abernathy Boulevard at bottom. Google Maps

Most GE Towers apartments—169 units—have income restrictions, reserving them for renters earning 60 percent of the area median income or less. All of the apartments are subject to a HomeFlex Payment Assistance Agreement in collaboration with Atlanta Housing Authority, according to MARTA officials.

No residents are expected to be displaced by the building’s rehabilitation.

“We’re thrilled to see the benefits of this program preserving affordable units in the neighborhoods we serve and so close to our rail station,” Jeffrey Parker, MARTA general manager and CEO, said in a prepared statement. “This transaction demonstrates how complementary this effort is to our ground-up TOD development program.”