At the federal level, it’s been a good month for Atlanta’s transit authority.

MARTA has begun work in earnest on its MARTA 2040 program—the largest expansion in agency history—and the roughly $25 million in federal cash secured this month is expected to be a significant boost. The funding will be channeled to MARTA’s growing electric bus fleet, a planned Brookhaven station upgrade, and Clayton County bus infrastructure.

Here’s a quick recap, beginning with the lowest dollar amount included in the federal fiscal year 2022 spending bill, which was passed by the U.S. Senate on Thursday:

In a letter to colleagues, the congresswoman (D-Marietta) specified the funding will be part of the broader State of Good Repair Station Rehabilitation Program that MARTA is planning for all 38 rail stations across the next seven years.

“With the [Brookhaven] station having a ‘face-lift’ of all forward-facing areas to the public, it will provide a fresh look for MARTA and mass transit,” McBath wrote. “This along with proposed new railcars coming in a few years will provide riders with a more modern riding experience. This may increase ridership throughout the region stimulating economic growth.” 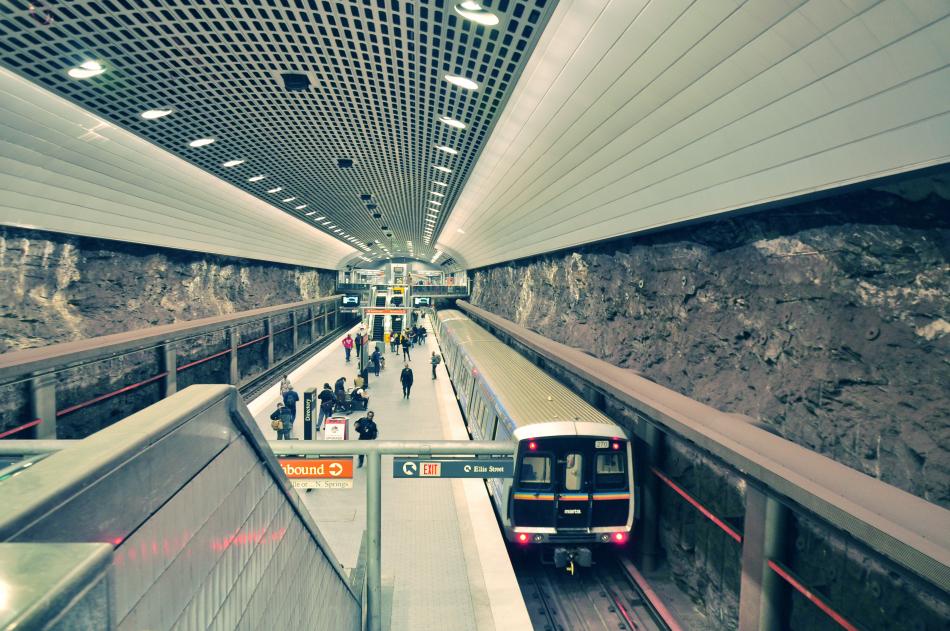 The other two federal funding successes were backed by U.S. Sen. Jon Ossoff and U.S. Sen. Raphael Warnock, whom MARTA leaders described as being “true champions of public transit and MARTA” in a press release Monday.

Ossoff and Warnock were credited with obtaining $3.85 million to buy additional electric buses for MARTA’s fleet. That’s expected to bring MARTA’s electric bus count from six to a dozen buses, as the agency seeks to transition toward zero-emission buses with aid from the $1.2-trillion infrastructure bill signed into law in November. (Last year, the Atlanta-Region Transit Link Authority, or ATL, also received federal funds to replace diesel-powered buses with a fleet of 10 battery-powered commuter coaches that will operate out of Clayton County with routes into Midtown and downtown.)

But the month’s largest federal payout will go toward infrastructure for Clayton County’s growing bus network.

MARTA officials credited Warnock with securing $5 million for the planned Clayton Operations and Maintenance Facility; on Monday, that project scored an additional $15-million grant from the Federal Transit Administration as part of its Bus and Bus Facilities Program.

The Clayton County facility is expected to support 31 regional bus routes and more than 250 buses, serving as a hub for bus maintenance, cleaning, and fueling facilities, along with transit operations and administrative offices, with a MARTA Police precinct included.