The Atlanta City Council’s marathon listening session to a wave of public commentary regarding the hot-button proposal to build a sprawling police and fire department training facility on city-owned land is continuing for a second day this morning.

According to city press officials, the council received 1,166 comments via phone calls from constituents, totaling some 17 hours, over the Labor Day holiday weekend.

The council’s regularly scheduled telework meeting at 1 p.m. Tuesday dragged deep into the night—until roughly 10 p.m.—as councilmembers tried to hear as many opinions as possible. They resumed listening to commentary at 9 a.m. this morning, according to the city, and could vote on the controversial proposal as early as later today.

Following a majority-approved delay in voting last month, the council is revisiting legislation that would authorize a ground lease with Atlanta Police Foundation to build a $90-million training campus for police and firefighters on city-owned land along Key Road in southwest DeKalb County, just outside city limits. 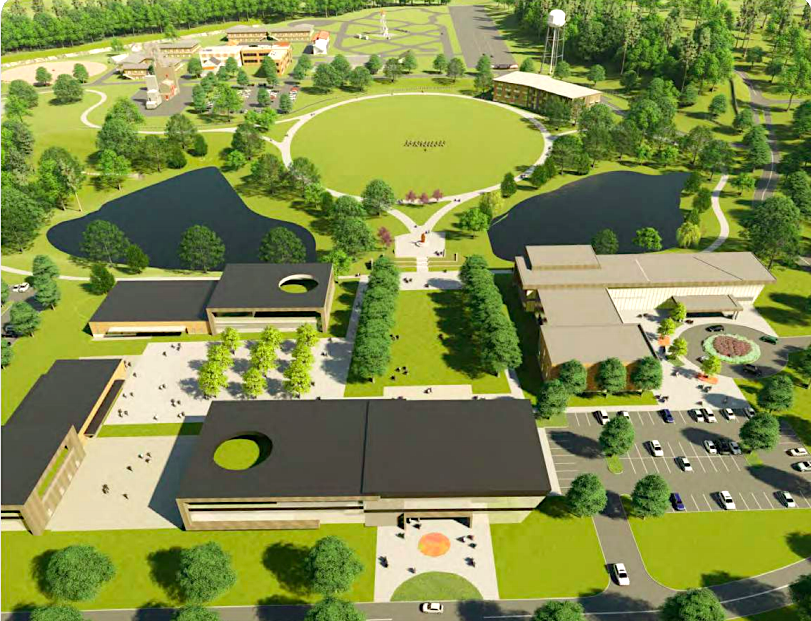 In question is 85 acres of southside forestland that would be impacted—reduced from what previously had been estimated at 150 acres—at the Old Atlanta Prison Farm.

One constant refrain from detractors is that the process hasn’t been public enough and that constituents weren’t being heard—as reflected in the 17 hours of calls during a holiday break.

The Atlanta Police Foundation, alongside various fire, police, and government heads, argue the proposed complex would replace outdated training facilities and bolster the recruitment, retention, and morale of public safety professionals in the city—while adding public-accessible park space in the forests south of East Atlanta and Gresham Park. 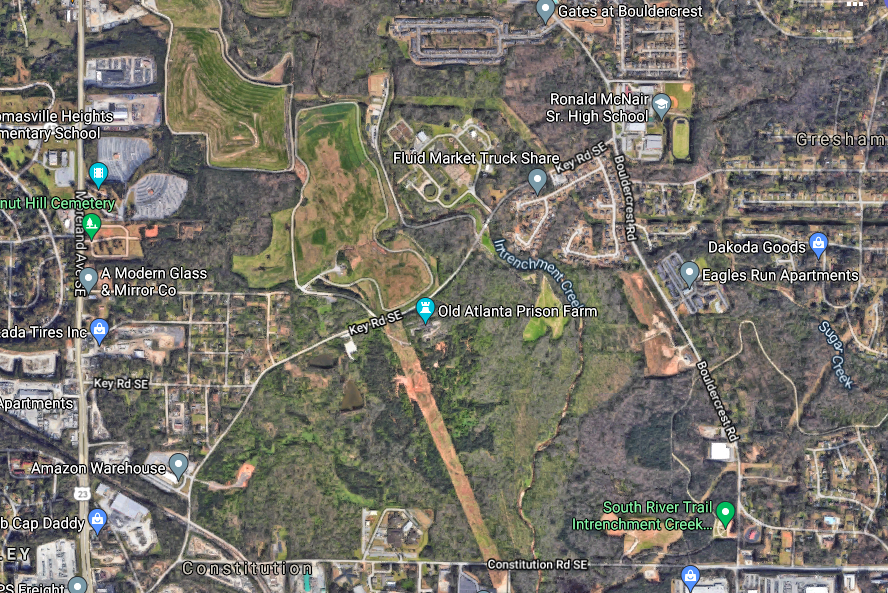 An overview of the site in question, located about six miles from downtown Atlanta. Moreland Avenue is at left, while the southern section of Interstate 285 is just below. Atlanta Police Foundation 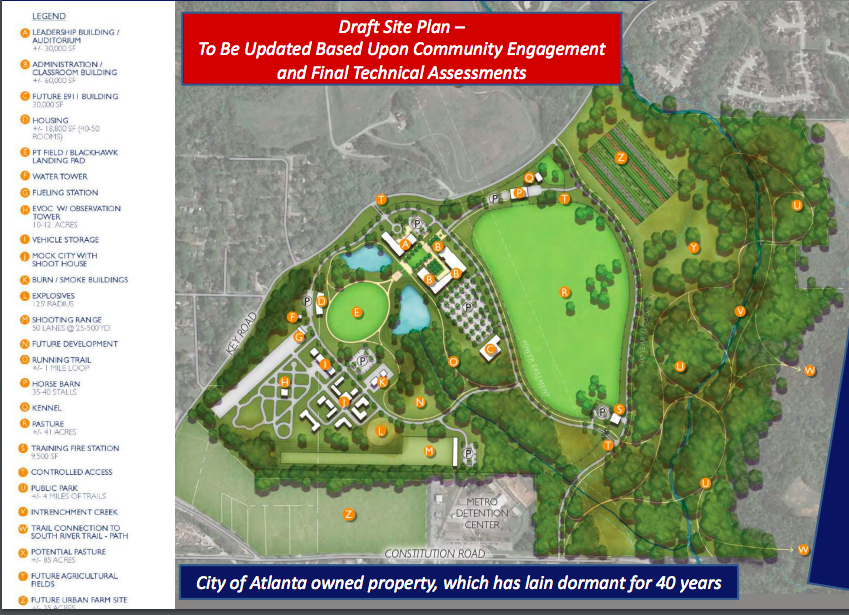 Tentative breakdown of planned uses at the $90-million training complex, as approved by Atlanta City Council in 2021. Atlanta Police Foundation

The impassioned counterargument has come from environmental groups, urbanists, everyday Atlantans with “Defend the Atlanta Forest” signs in their front yards, and social-justice protesters on the steps of City Hall rallying against what they perceive as a “Cop City” and unnecessary expenditure.

Meanwhile, in other citywide news, the Georgia Department of Transportation has decided to postpone a huge reduction in lanes around the top end of the Interstate 285 Perimeter and the inevitable traffic-mageddon that will result. 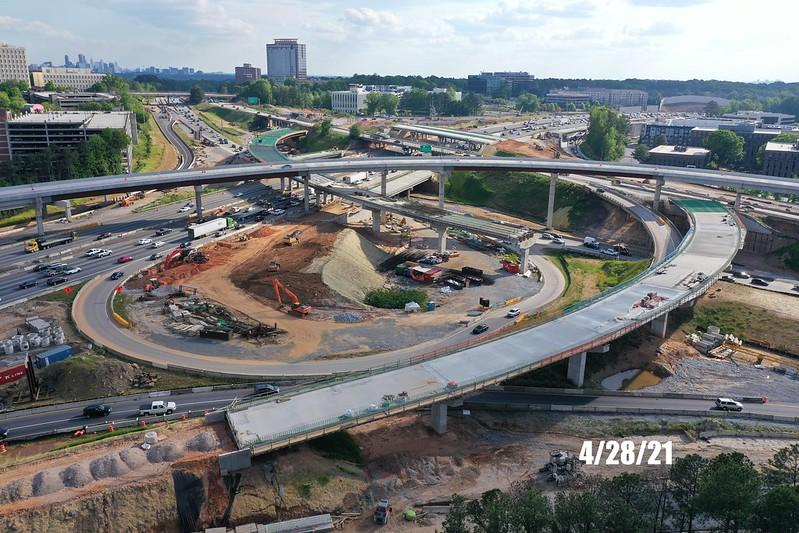 Looking southwest toward Buckhead, the state of the reimagined Interstate 285 and Ga. Highway 400 interchange this past spring. Courtesy of Georgia Department of Transportation

Beginning this week, GDOT had planned to squeeze I-285 from 10 lanes down to six—in what’s already considered one of the metro’s worst traffic bottlenecks—to allow for bridges to be installed near Ga. Highway 400, where a massive new interchange is being built.

Those closures have been pushed back until at least the end of September, as GDOT officials told the AJC, in response to recent “poor weather” conditions in the area.

The COVID-19 pandemic’s impact on staffing and supply chains, along with unmarked utilities at the Perimeter, have also been culprits in the delays.

The bad news is that the already-delayed, $800-million freeway overhaul and traffic delays are now expected to linger into the third quarter of 2022, instead of finishing sometime next summer.

The construction project, which began in 2017, aims to alleviate congestion at an interchange designed to handle about 100,000 vehicles per days. Right now, it accommodates more than four times that many cars.