The Mall West End has found its third potential suitor in the past two years.

New York-based developer Prusik Group has entered an agreement to buy the 1972 shopping center in West End after another New York firm, real estate giant Tishman Speyer, backed away from a deal earlier this month, the AJC reports.

The group has experience developing projects in low-income areas of New York, including the South Bronx and Harlem; one official told the AJC that respecting “the history and importance” of The Mall West End and gathering community input will be paramount, but only after due diligence is conducted at the site first.

The firm's portfolio indicates the Atlanta venture would be its first outside of the New York area. 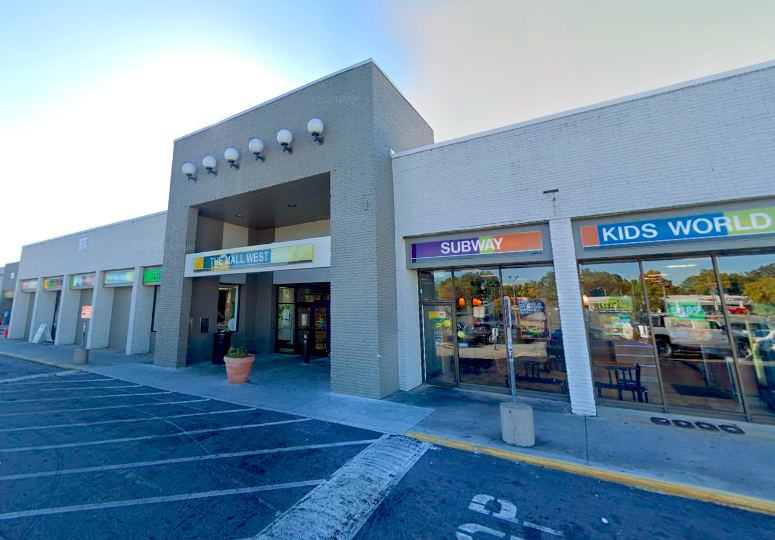 The 1970s mall’s main entrance off the intersection of Lee and Oak streets. Images via Google Maps

Prusik Group expects to retain existing tenants at the mall who are running successful businesses now, according to the company official, though it remains to be seen what any redevelopment might look like. Partners in the deal—both real estate and financial—and the purchase price haven’t been divulged.

With its location near MARTA rail, the BeltLine’s Westside Trail, and Atlanta University Center, the mall property has had no trouble attracting developer interest recently. It counts Radio Shack, Foot Locker, and eateries such as American Deli as primary attractions today. The owner, HT Group, has been exploring options to offload the mall for a couple of years.

Before walking away, Tishman Speyer had placed the West End mall under contract in March with intentions of demolishing the current stores and boutiques and building a mixed-use complex spanning some 1.3 million square feet, potentially spending up to $300 million. “While numerous elements of this deal were successfully lined up, including financing, in the end, the project did not make sense for us,” a Tishman Speyer rep wrote in a statement to Urbanize Atlanta.

Another deal with Elevator City Partners—the firm founded by Gravel and Von—appeared imminent early in 2020 but later fizzled.

Elevator City’s vision called for a dramatic, multiphase, $400-million reimagining of the mall property into an “opportunity zone.” It eventually could have resulted in a transit-linked mini city of retail, hotel rooms, a public greenspace, affordable housing, and a technology and media hub suited for a diverse workforce of graduates from nearby HBCUs, as Gravel and Von envisioned.

Earlier this month, in the wake of Tishman Speyer's exit, Gravel called the mall “an incredible site with the kind of opportunities only Atlanta can deliver,” so long as commitments to Southwest Atlanta communities are upheld.

“If somebody else wants to build a lesser version of our vision,” noted Gravel, “now maybe they’ll get to do it.”