New York-based developers have compiled a preliminary vision for The Mall West End that would turn the 1970s retail block into a hub of hundreds of new jobs and housing options, eliminate the area’s food desert, and reconnect blocks separated by walls and parking lots, according to plans revealed this week.

The Prusik Group and BRP Companies brought ideas this month to the West End Neighborhood Development organization that call for a much smaller redevelopment of the neighborhood mall than previous visions—but one the development team says would add vitality to the community in a strategic location.

Prusik went under contract on the 12-acre mall property last summer—the third potential suitor in as many years. Another deal involving BeltLine visionary Ryan Gravel had fallen apart, and real estate giant Tishman Speyer later backed out of another contract.

With its location near MARTA rail, the BeltLine’s Westside Trail, and Atlanta University Center, the mall property has had no trouble attracting developer interest. It counts Radio Shack, Foot Locker, and eateries such as American Deli as primary attractions today. The owner, HT Group, has been exploring options to offload the mall for several years.

As is, according to the latest development team, the mall’s mega-block separates sections of the historic neighborhood, has no connection to the MARTA station across the street, and lacks a pedestrian or “front door" experience.

Prusik and BRP’s concept calls for splitting the property into four blocks and creating two new streets, allowing for better access and flow to buildings with a maximum height of a few stories—unlike the glassy towers in previous proposals. The site could potentially see up to 1.5-million square feet of new construction, per the developers. 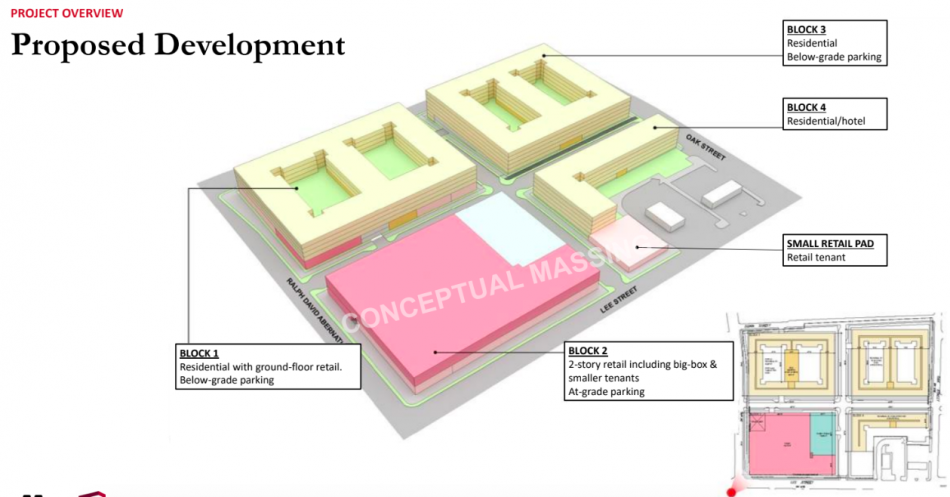 Mall at West End redevelopment concepts call for a mix of retail and residential uses at a much smaller scale than previous proposals. Prusik Group & BRP

The site plan is a work in progress, but Prusik and BRP officials say the block has the capacity for up to 250,000 square feet of “necessity-based retail,” with a mix of national names and local boutiques. Notably, those plans would include a fresh grocery option in an area described as a food desert, alongside a fitness club, big-box retailers, and food-and-beverage options.

Between 650 and 900 mixed-income apartments could materialize, too, with up to 25 percent of those being reserved as affordable housing. Developers also expect the finished project could create more than 500 new jobs.

Another option calls for building a hotel with roughly 200 rooms, geared toward accommodating AUC visitors and people wanting a downtown alternative. Other spaces could be used for small parks, medical offices, and a police substation, per the concepts.

At last check, Prusik Group’s contract to buy the mall property was pending engineering and environmental studies. We’ve submitted an inquiry to the company to learn where that purchase stands now.

The group has experience developing projects in low-income areas of New York, including the South Bronx and Harlem. One official told the AJC last year that respecting “the history and importance” of The Mall West End and gathering community input will be paramount, but only after due diligence is conducted at the site. The firm's portfolio indicates the Atlanta venture would be its first outside of the New York area.

Prusik Group officials also said they plan to retain existing tenants at the mall who are running successful businesses.

West End Neighborhood Development officials stressed in a Facebook post that Prusik and BRP’s concepts are in early stages, and that more communal meet-and-greets will take place in the future. For now, see a before/after comparison with the early vision below, and head to the gallery above for more context. 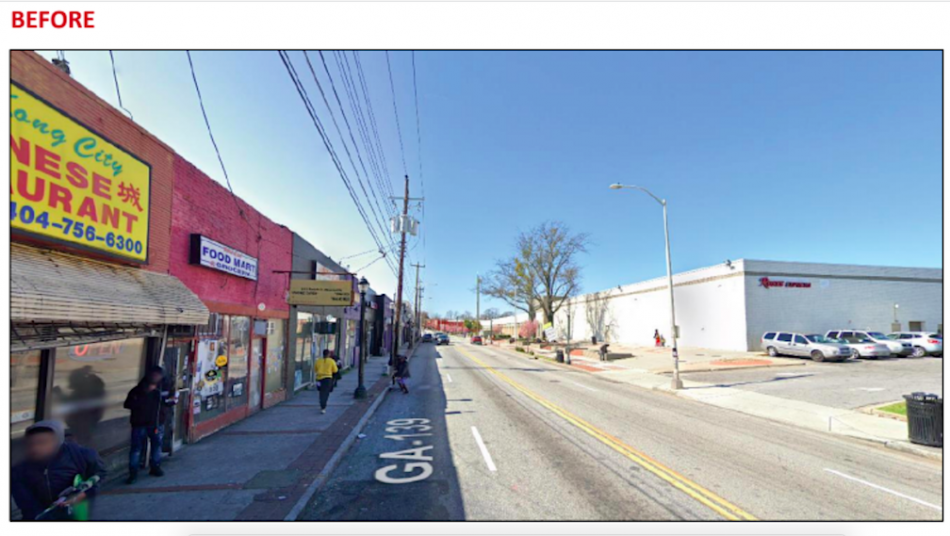 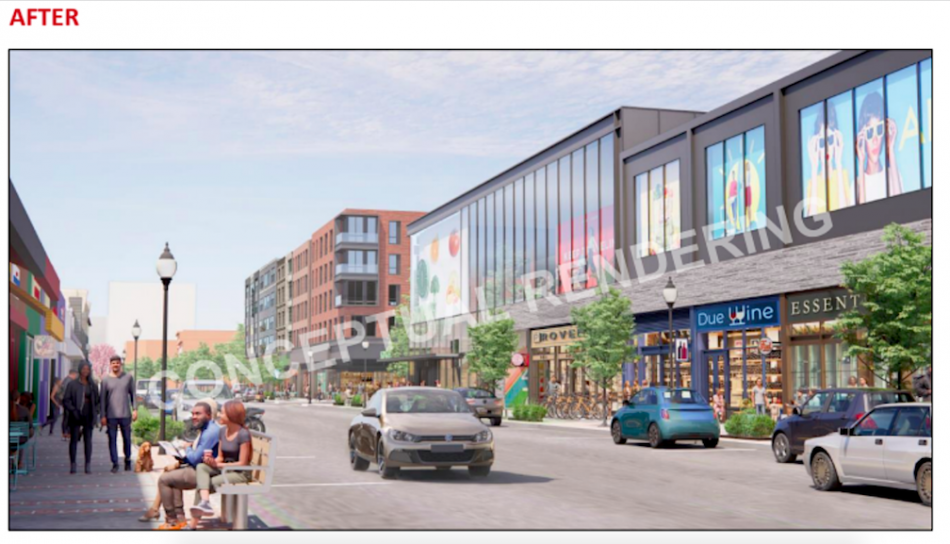 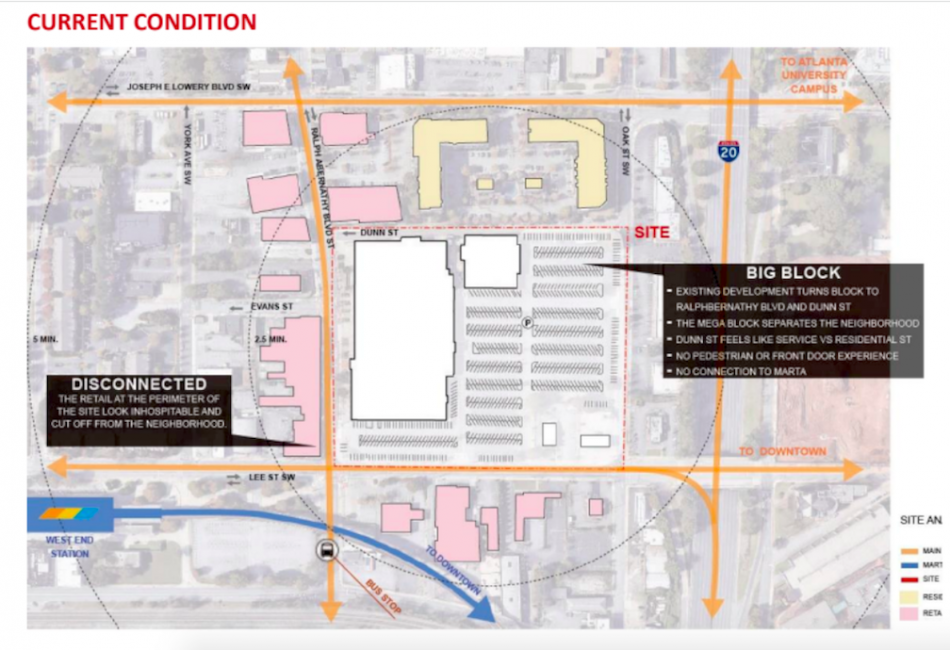 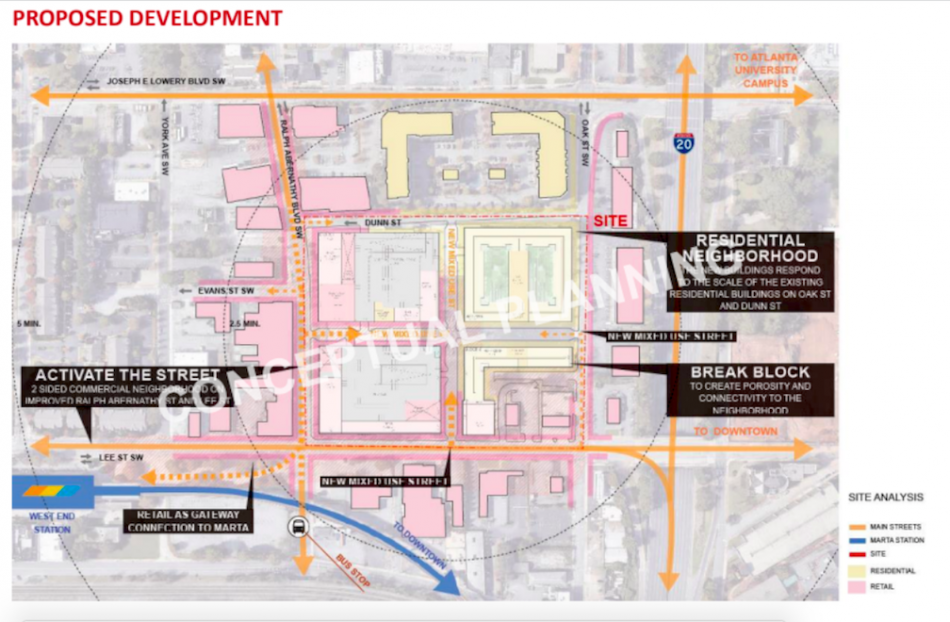 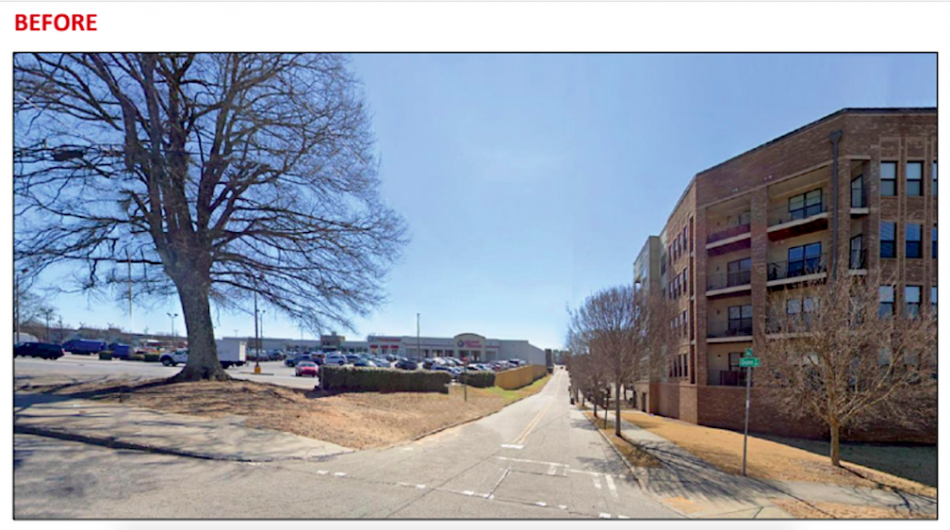 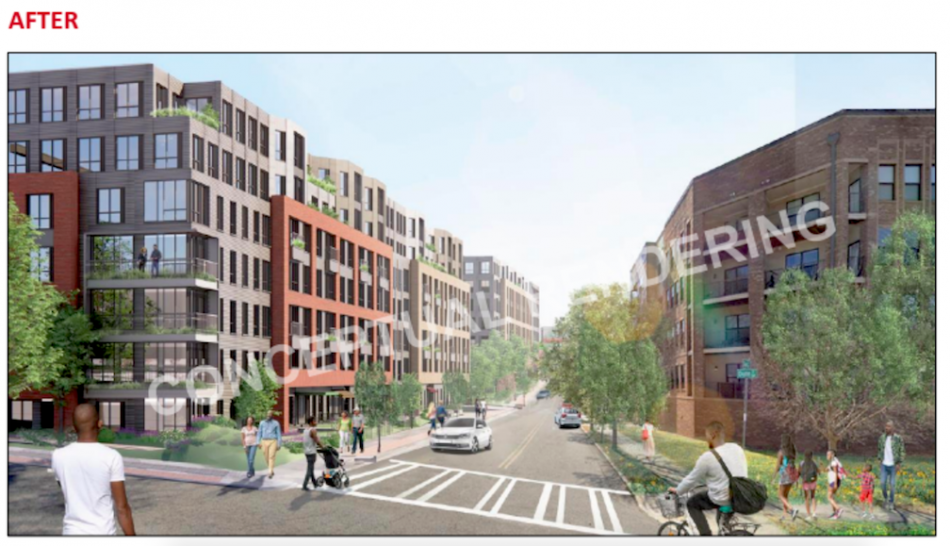