More than three years after plans emerged for Loring Heights townhomes with views described as unrivaled, the urban infill project is winding down construction and totally spoken for, according to listing services.

With 18 units arranged around a central greenspace, Plateau West has replaced a large surface parking area for heavy equipment that overlooks neighboring Atlantic Station—and basically the rest of intown Atlanta, and the Westside, beyond that.

The last flank of 10 under-construction units came to market about two months ago with Engel & Völkers Atlanta and have all gone under contract. Those are listed from $669,000 to $709,000, all with 2,466 square feet and three or four bedrooms. 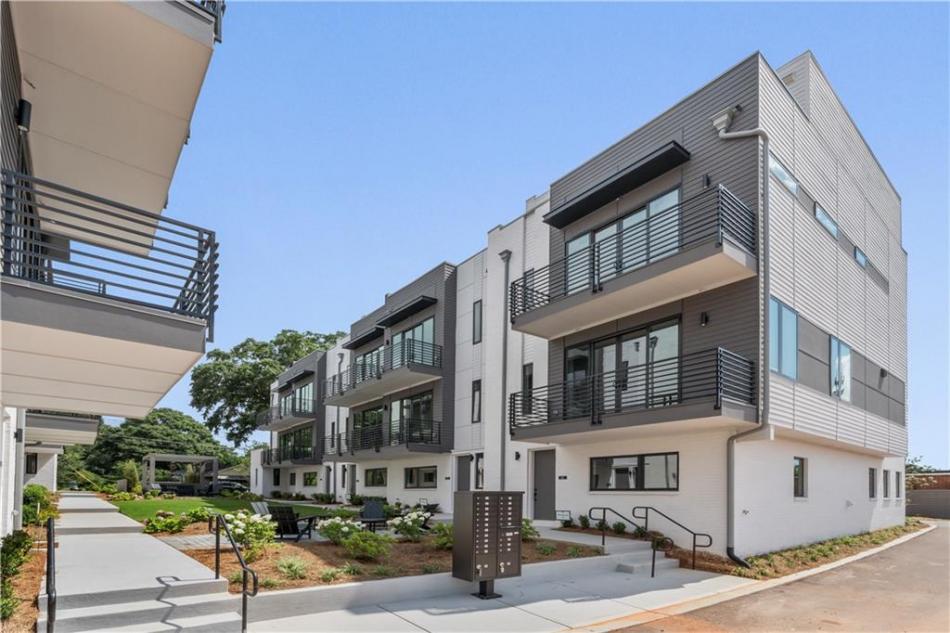 The builder, Monte Hewett Homes, made its name creating relatively dense suburban communities in places like Avalon and Roswell, but more recently has poured resources into intown projects at Reynoldstown’s Madison Yards, The Interlock, and a newer endeavor near East Atlanta Village.

In Loring Heights, each townhome was built elevator-ready with rooftop terraces described—fittingly—as "massive." 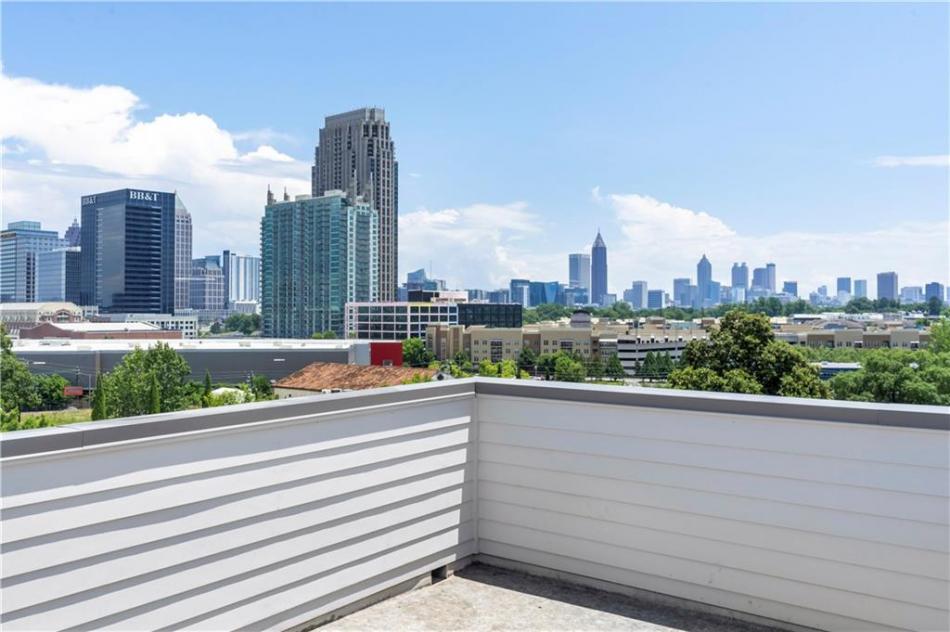 This flank of Loring Heights has long enjoyed the feeling of being tucked away in the middle of everything—a destination for people getting hitched, boarding pets, or blasting weapons at an indoor gun range, but few other visitors.

That could change with Middle Street Partners’ planned 278-unit apartment complex next door; at a maximum of 10 stories, that building might not be a Great Wall of Blockage, but it probably won’t spell great things for Plateau West’s coveted views, either. 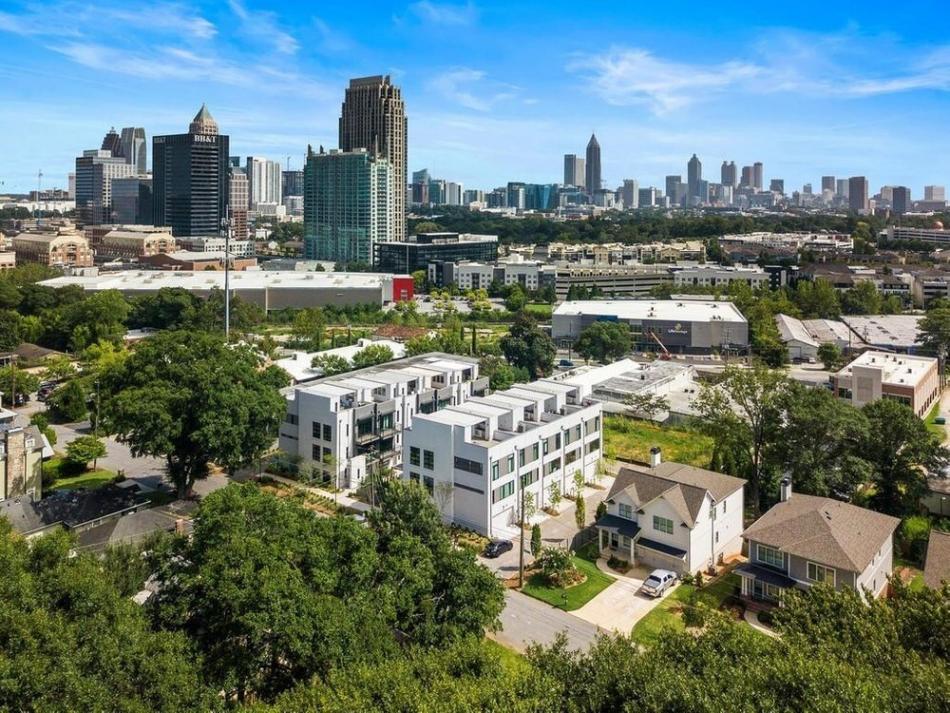 Aerial of the site prior to the last phase's construction. Engel & Völkers Atlanta

Beyond the views, other perks include JennAir appliances, silestone countertops, and customized Bell cabinetry, per listings.

Head up to the gallery for a look at how this infill community has turned out.