Like Atlanta itself, the multi-block, mixed-use district formerly known as Lindbergh was founded near the intersection of various transportation routes. That’ll be the case to an even greater degree as the BeltLine, PATH400, and other multi-use trails continue to branch through the southern reaches of Buckhead.

Such connectivity bodes well for the future vitality of any place in Atlanta, of course, but in the recent past, the city’s original transit-oriented development had grown a bit long in the tooth.

That’s changing in increasingly visible ways, as Rubenstein Partners, the developer rebranding Lindbergh into Uptown Atlanta and overhauling spaces across the 47-acre community, proved during a recent tour.

“One of the reasons we acquired this asset is because it’s on transit and so well-connected, with the multi-use trails coming here, and also where [Ga. Highway] 400 and Interstate 85 connect,” says Mahesh Mani, Rubenstein Partners’ senior vice president of asset management. 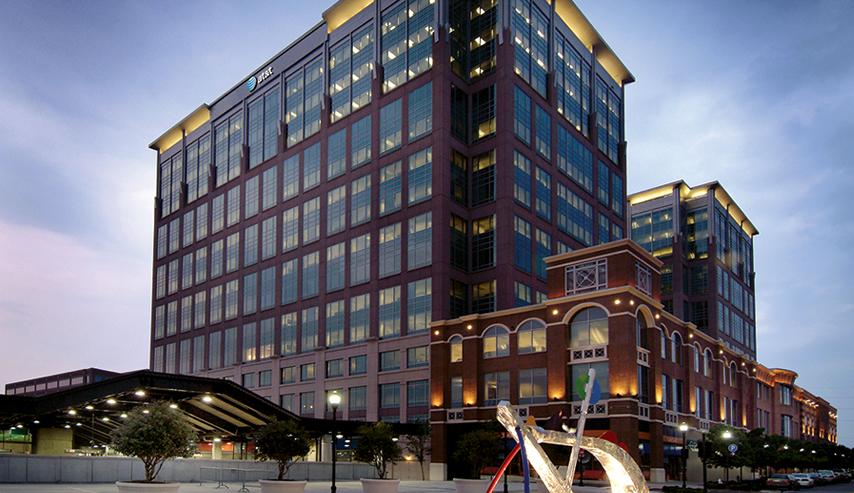 The original, 47-acre Lindbergh City Center concept was described by developer Carter as "one of the first true transit-oriented developments in the country."Carter

Rubenstein bought the massive property—1 million square feet of offices and 120,000 square feet of retail, with the residential sections under separate ownership—for $187 million in 2019.

The $70-million conversion from Lindbergh to Uptown started in earnest when AT&T—the original anchor tenant and the property’s heartbeat for two decades—vacated two office towers in January 2021.

Mani estimates that about 95 percent of initial renovations are complete, with more changes and tenant build-outs in the offing from Piedmont Road to the Pike garden center at the property’s western edge. Rubenstein announced a tenant win last year with the signing of esports provider Skillshot Media, which is relocating its Alpharetta offices and production studios to Uptown and creating an esports gaming hub, alongside classroom and training spaces for local students. Other new restaurant tenants were more recently named.

Head to the gallery above for a tour, as led by Mani this week, of where the Uptown concept stands now, and what the future is expected to bring.