Leaders with downtown’s neighborhood organization have provided Urbanize Atlanta with letters showing that owners of some landmark properties most vital to downtown’s economy avidly support a shared streets project the City of Atlanta plans to dismantle soon.

In a press release that followed our breaking news Thursday, city leaders said the pilot demonstration lasted far longer than initially expected—more than 260 days, instead of 90—and produced valuable feedback and data that will be evaluated for future projects.

Blocking the lanes to vehicle traffic resulted in an average 27 percent increase in pedestrian uses along the section of Peachtree, while cutting back car numbers by 11 percent. Along with a survey, the demonstration project showed “visitors and residents desire a more vibrant and inclusive downtown, with walking and biking areas as top priorities,” the city’s announcement read.

Nonetheless, the planning department and Atlanta’s Department of Transportation are expected to deinstall the lanes next week. 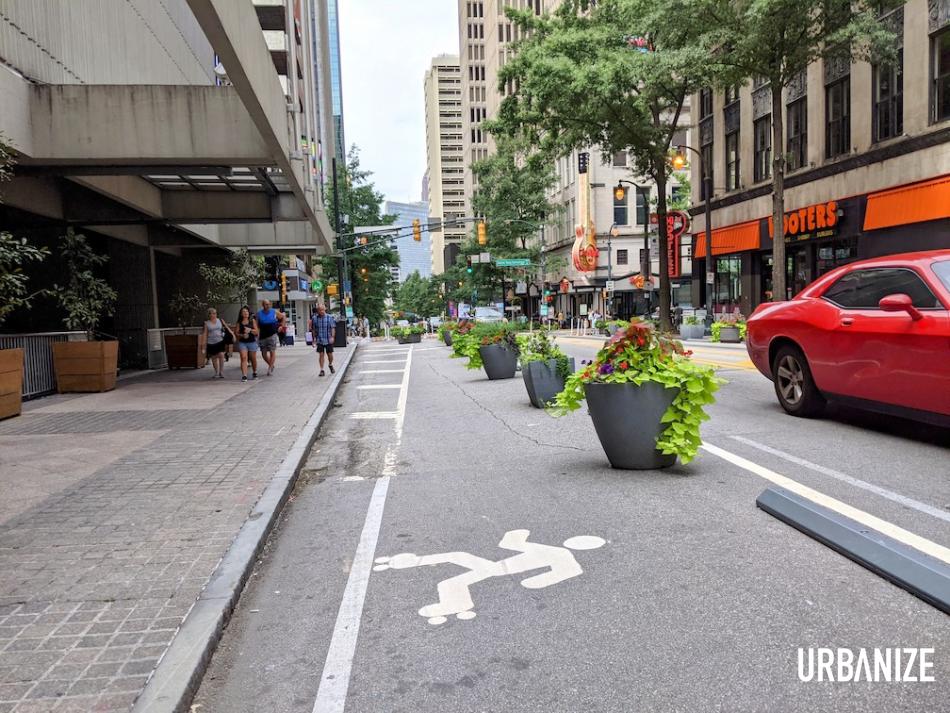 Below are a few excerpts, as copied verbatim from letters provided.

Heads of International Market Centers, which owns AmericasMart, a sprawling wholesale marketplace with 650,000 annual visitors and an entrance on Peachtree Street, wrote: 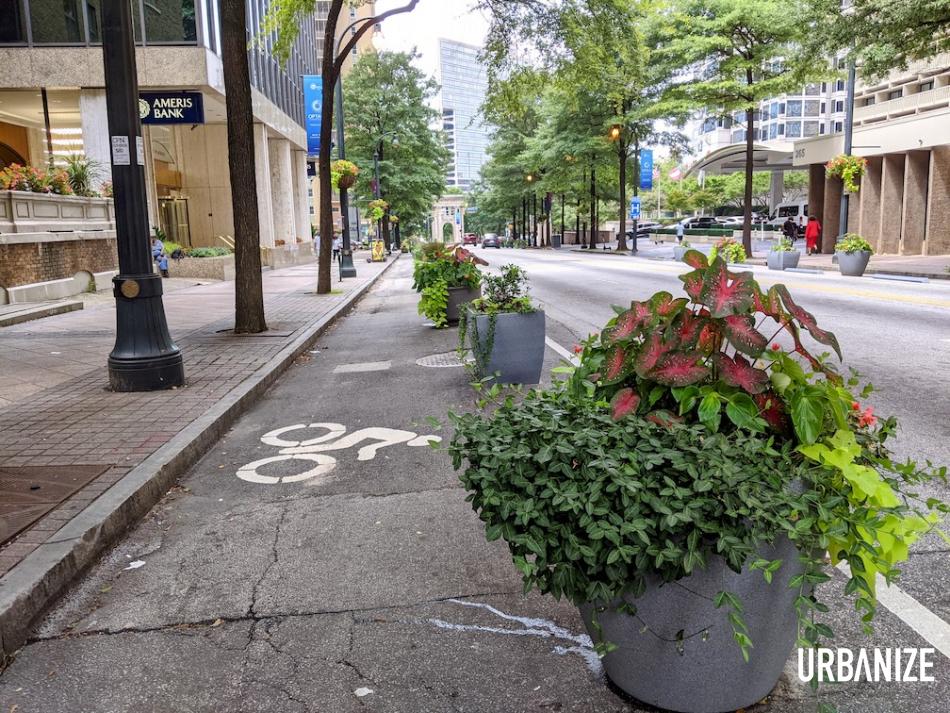 The northernmost section of the Peachtree Shared Space lanes, near the point where they end at Baker Street. Josh Green/Urbanize Atlanta

The concept of allowing pedestrians, bicyclists, e-scooter riders, and others to take control of two traffic lanes in the heart of downtown wasn’t without its detractors, however.

One longtime downtown resident who reached out to Urbanize Atlanta decried the situation as a “colossal mess,” while other communications provided by ADNA show that a group called Smart Streets Atlanta strongly opposed the project.

Heads of Smart Streets Atlanta contend that other hotel and business owners, many emergency responders, and some government groups have opposed the shared Peachtree lanes and want them gone.

That contingent includes Richard Bowers, president of commercial real estate firm Richard Bowers and Co. Sources including downtown residents indicate Bowers opposed the changes to Peachtree Street from the beginning and was influential in the city’s decision to remove shared lanes. Bowers’ holdings include a Peachtree office high-rise at 270 Peachtree Street at the intersection of Baker Street. Attempts to reach Bowers and other company officials for comment haven’t been successful.

“He really did want this to go away,” said Jackson.