Since plans were first discussed in 2018, officials with TK Elevator (formerly: thyssenkrupp) have promised that Cobb County’s tallest building would shimmer in the night sky for Braves fans, The Battery patrons, and commuters slogging by on Interstate 285.

The time for shimmering is officially here.

A ribbon-cutting was held this week for TK Elevator’s new North American headquarters, a three-building complex at The Battery Atlanta that includes more than 200,000 square feet of office space.

But the project's exclamation point is a 420-foot-tall Innovation and Qualification Center, the tallest elevator test tower in North America, with a 24/7 light display that will function like an eight-story, high-def television. 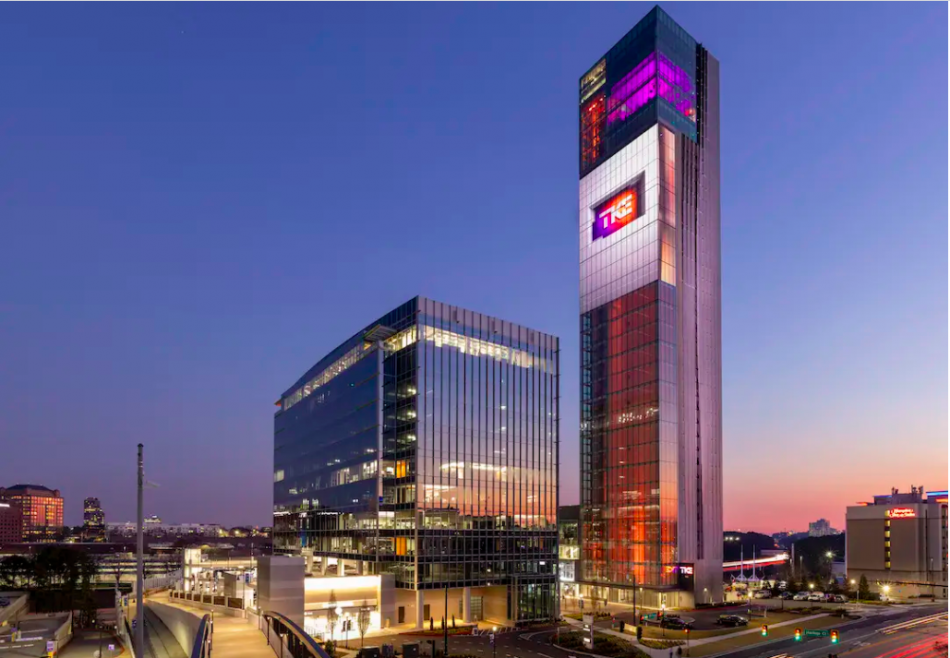 Totaling 11,000 square feet, the LED display is the largest of its kind on any U.S. building, architects told WSB-TV this week. Between interstate commuters and airline passengers (yes, they’re counting people in jets), project officials estimate the big board’s messaging will be seen 285 million times per year.

Those messages will include simple pro-ATL greetings—“HELLO ATLANTA,” “Have a safe day”—or updates on weather, sports, COVID-19, and other topics, officials said.

Overall, the $200-million complex is expected to house about 900 employees on the southeastern rim of The Battery’s property. Not many of them will occupy the modernized test tower, which has 18 shafts to assess new concepts and product pilots, including high speed elevators, according to the Germany-based company. 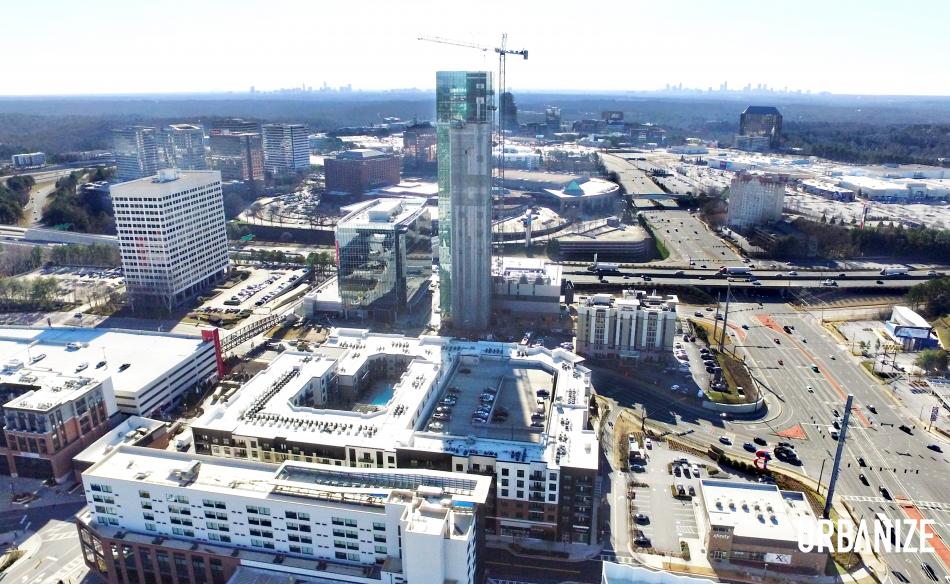 This angle lends an idea of upper-floor views to the skylines of Buckhead, left, and Midtown/downtown.Jonathan Phillips/Urbanize Atlanta; 2021

Having topped out in October 2020, the Gensler-designed elevator tower is the tallest in North America and one of suburban Atlanta’s highest skyrises. The twin King and Queen towers in Sandy Springs, for context, stand about 130 feet taller.

SkyDBProductions has video of Cobb's big screen in action over here.