The world’s “busiest and most efficient airport,” as it’s now marketed, is looking for a few big ideas.

Hartsfield-Jackson Atlanta International Airport has issued a call for developers and investors who might be interested in real estate deals that couldn’t be much closer to the sprawling, 4,700-acre aviation facility, located seven miles south of downtown.

Airport officials released five Requests for Proposals last month in hopes of developing and leasing underused sites dotted around the north and south sides of runways. Two sites are in Fulton County, and three in Clayton.

Collectively the land totals about 182 acres—slightly smaller than Piedmont Park. 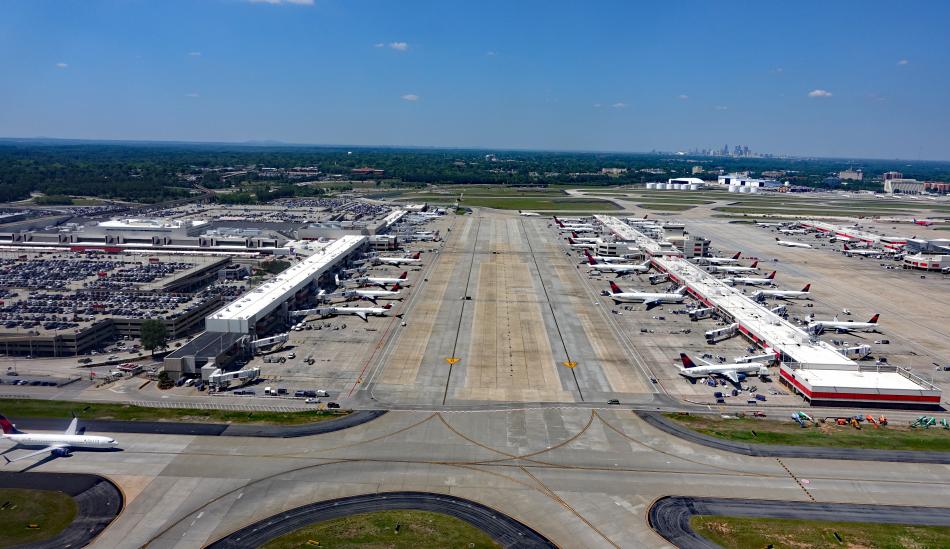 The scope of development could include mixed-use retail, food, and entertainment uses, officials say. Alternately, developments could lean toward aviation-related office space or industrial facilities, for which zoning is already in place.

The northernmost property, totaling about eight acres, is just west of Porsche’s North American Headquarters and experience track. It also neighbors an assemblage of about 60 parcels where Coro Realty and Miller Lowry Developers are planning to finally get a mixed-use village off the ground that’s been talked about for two decades. All of that is next to Hapeville’s historic, artsy core. 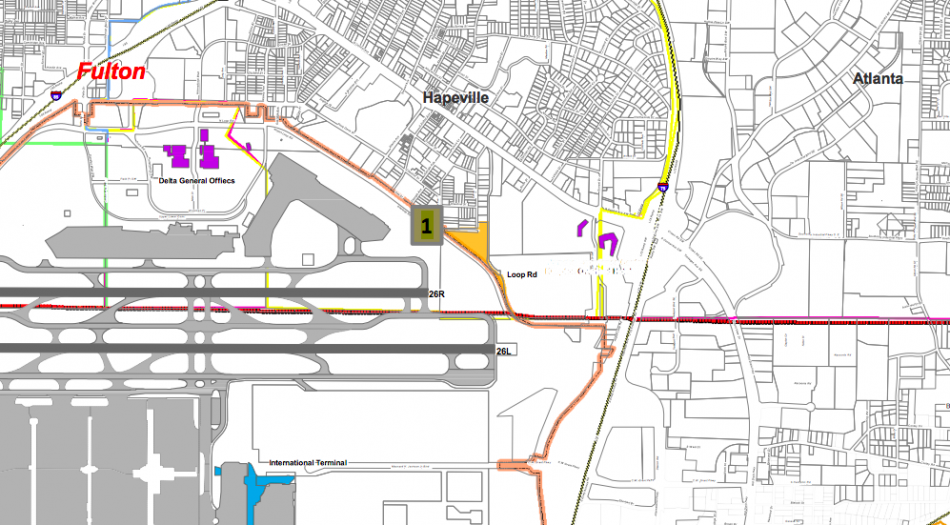 The largest piece by far—about 145 acres—is along Godby Road, straight south of College Park and just beyond Interstate 285.

All the gritty RFP details can be found at this link. The deadline to submit bids is in mid-March.

Airport officials supplied Urbanize Atlanta with a visual that outlines all five properties; see the gallery above for a breakdown.

The city-owned airport was the world’s first to handle 100 million passengers in a calendar year. Hartsfield-Jackson officials say the facility continues to top passenger totals for airports around the globe, but China’s Guangzhou Baiyun International Airport might beg to differ.