The next stop in a series spotlighting seller-friendly housing trends across Atlanta takes us to the southwestern fringes of Kirkwood, where a sizable, Craftsman-inspired residence from 2014 is aiming to set the neighborhood’s sales benchmark by a considerable margin.

Spanning 3,800 square feet, the three-story Stanwood Avenue home occupies a deep lot near Coan Park and the Eastside Trolley Trail. It listed with Engel & Völkers Buckhead Atlanta on November 2 at $1.49 million, where it remains today.

The seller, according to a spokesperson, is a cofounder of Yom Ice Cream—“If you haven’t had it, it’s taking Atlanta by storm,” we’re told—who equipped the property with a surprise feature: an “impeccably appointed, professional, fully equipped soundproof recording studio,” as the listing puts it, which was used for another business. 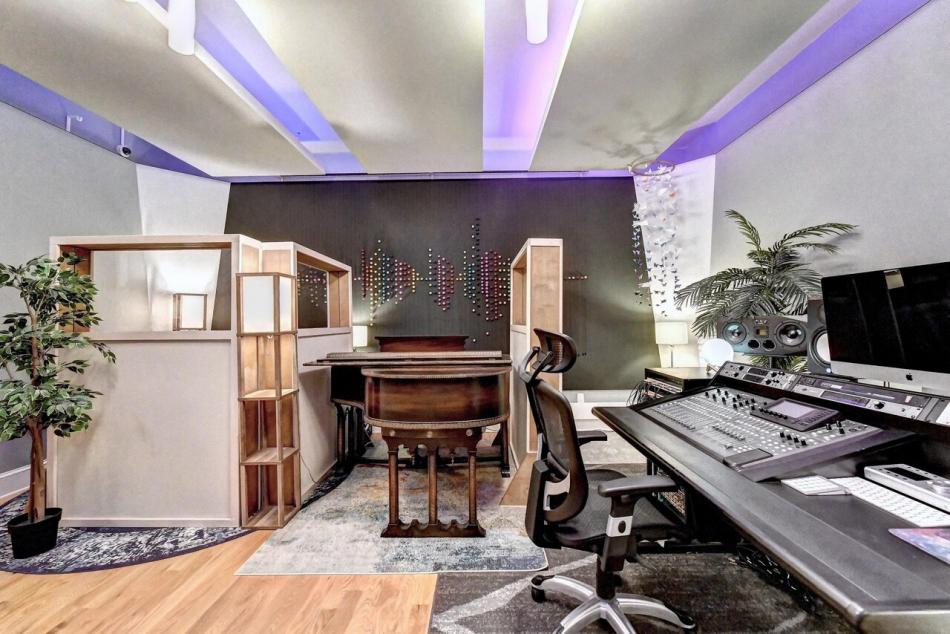 We’ve asked for clarification, but it appears that neon-lit, pro-grade studio consumed the former garage, meaning there’s no covered parking left but a bounty of off-street places to put vehicles.

Should the five-bedroom, three-bathroom offering trade near asking, it would break the neighborhood sales record by at least a couple of hundred thousand dollars, per available listings records, and illustrate how massively pandemic-era prices have swollen intown.

Elsewhere in the neighborhood, an expanded Craftsman from 1927 sold for $1.02 million in May, around the corner from Kirkwood’s downtown commercial core. And deals in the $1.2-million range are moving forward at homebuilder Spencer-Love Homes’ five-home Kirkwood project called 5 at Oakview near Drew Charter School. 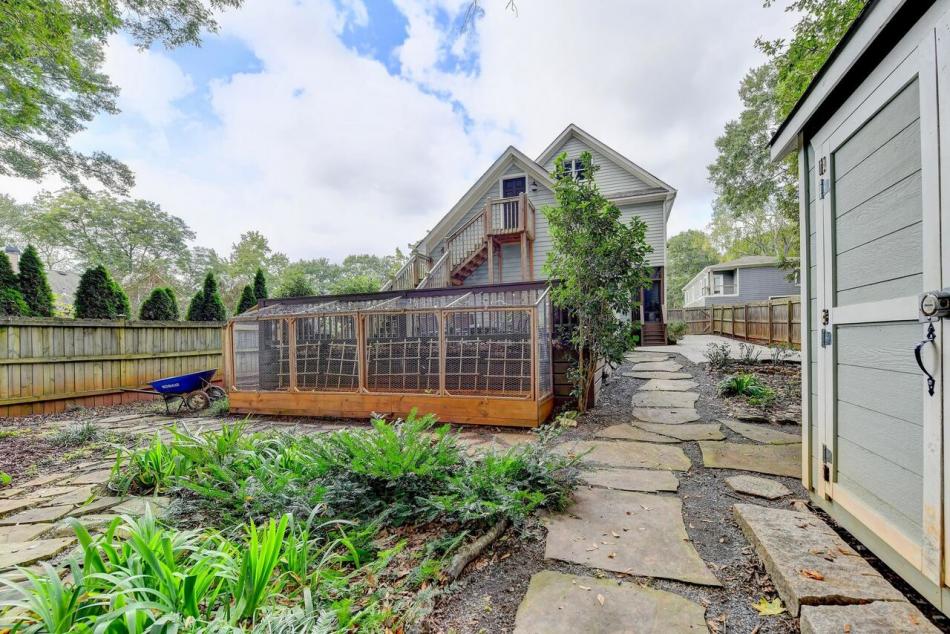 This section of the property is described as a "luscious green backyard with meditation path and powered shed," as pictured at right. Engel & Völkers Buckhead Atlanta; photos courtesy of William McLane

Beyond the “fabulously unique” studio, the Stanwood Avenue home’s perks include three porches, an entertainer's deck overlooking peaceful gardens, a wine fridge in the kitchen, and a top-floor movie room.

The so-so Walk Score of 55 speaks to the street’s tucked-away sensibilities but also underestimates, just maybe, the versatility of the greenspace next door and allure of El Tesoro down the street.