Atlanta-based OA Development, a commercial real estate firm, plans to break ground next month and build a Class A industrial park on what marketers are calling the “largest tract of available land within [Interstate] 285.”

The project, Victory Landing Logistics Center, will eventually claim more than 90 acres about two miles east of Atlanta’s airport, along the southern rim of Interstate 285, where the Perimeter meets Conley Road. It’s expected to include five buildings in a “park setting” spanning up to 700,000 square feet when fully built out. 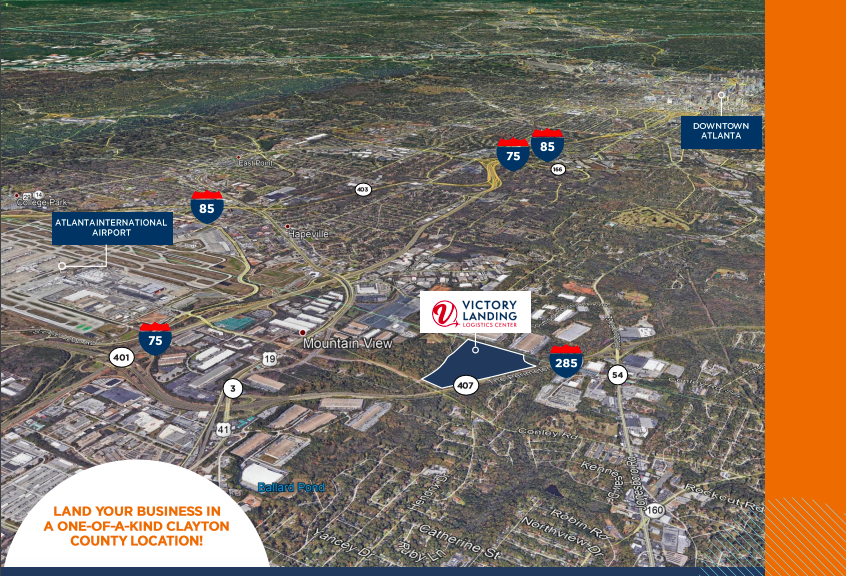 Where the 90-acre industrial development will be located in relation to the airport and downtown. Cushman & Wakefield/OA Development

A groundbreaking for Victory Landing is scheduled September 15 at the 3915 Gilbert Road site in Hapeville, according to Cushman & Wakefield, which is marketing the project.

Delivery of the first two buildings is expected to come quickly, in the second quarter of next year. 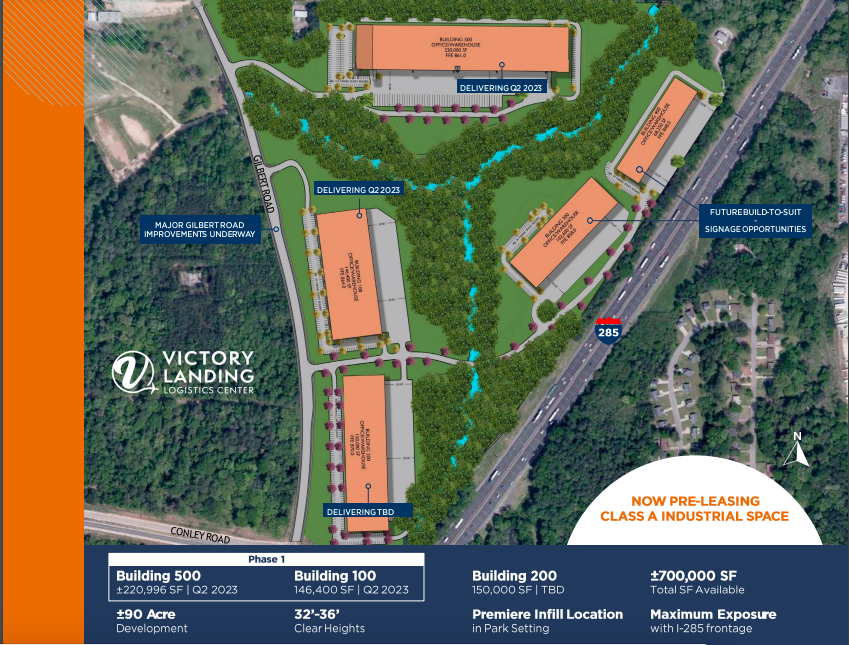 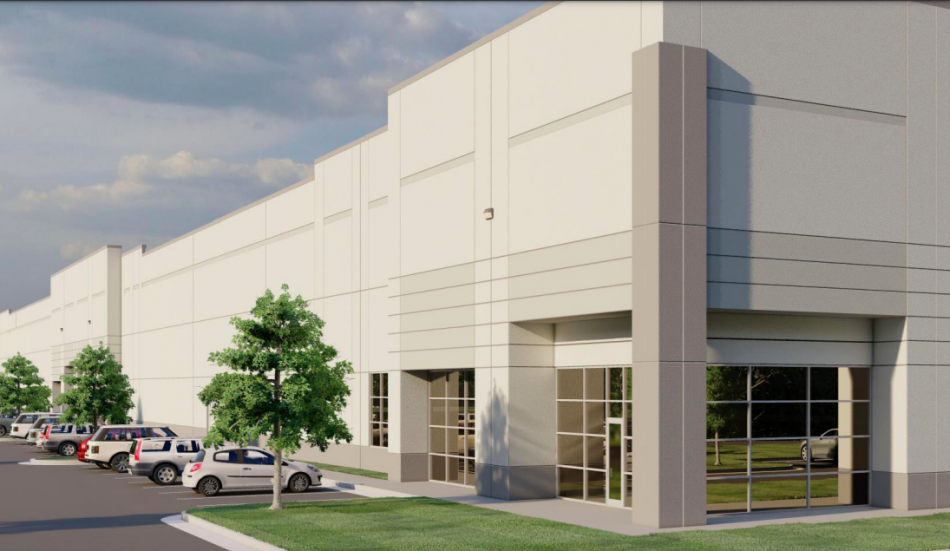 Attributes of the site, according to Cushman & Wakefield, include access to the world’s busiest airport, two major ports (Savannah and Charleston), and connectivity to two intermodal stations.

E-commerce, food and beverage, last-mile, and third-party fulfillment partners are all mentioned as possible users.

The news comes after another large industrial park was announced in June near a different ITP airport on the flipside of town.

That 30-acre, four-building complex, Chamblee International Logistics Park, is under construction across the street from DeKalb-Peachtree Airport, just east of Chamblee’s downtown. 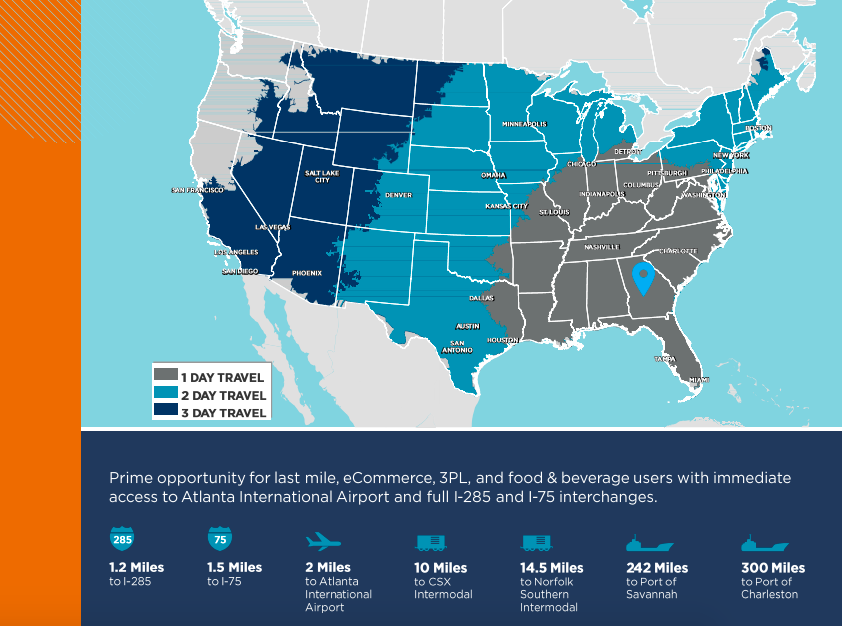