This being a day devoted to love, it’s time to relay some (mostly) positive vibes for Atlanta’s physical evolution in recent years that come by way of international publication ARCHITECT magazine.

Billed as a premier resource for the architecture and building industry, with a focus on architecturally significant projects around the world, the magazine dispatched columnist Aaron Betsky (Director of the School of Architecture and Design at Virginia Tech) to Atlanta for an article published this month.

Titled “The New Atlanta Is Old,” Betsky’s Critic's Notebook take could surprise industry wonks who perceive “the crystal city at the heart of the American Southeast’s rebirth”—as the writer puts it—as a collection of John Portman skyscrapers encircled by a moat of clogged highways and big-box strip malls. 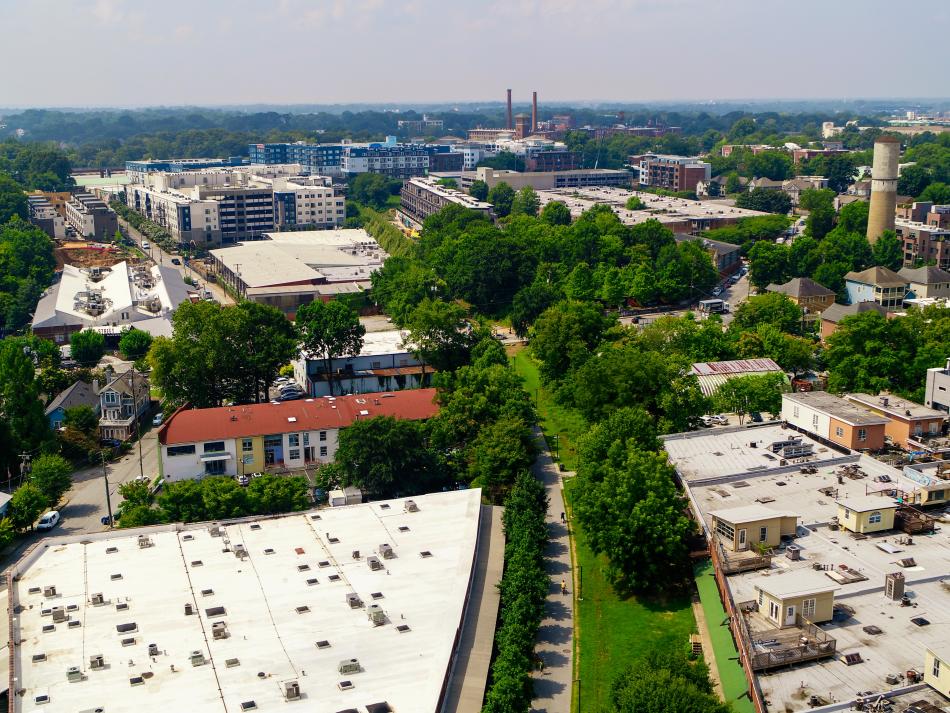 Following a recent visit to Atlanta, Betsky nods to coastal metropolises from Boston to San Francisco that have been repurposing warehouse districts and transportation hubs for decades, while also mentioning similar adaptive-reuse pushes underway in places like Denver and, yes, Des Moines. But in a city known for “the thrusting towers of… Peachtree Street” and sprawl, Betsky posits, the revival of formerly worn-out and abandoned industrial buildings is “especially remarkable.”

The article opens with the prose equivalent of a kiss—a chamber of commerce’s dream: “To get a sense of the transformation of the American city from a glittering downtown surrounded by sprawl into a collection of neighborhoods and points of interest increasingly focused on renovation, reuse, and reimagination—go to Atlanta.”

What follows is an analytical exploration, if not dissection down to the “selectively stripped stucco” level, of adaptive-reuse pioneer Westside Provisions District and eastside titan Ponce City Market, both Jamestown Properties projects, and later the Atlanta BeltLine. (Ponce City Market is summarized as “heroic renovation,” all things considered.) With its focus on two marquee success stories on either side of Midtown, the article merely scratches the surface of recent and forthcoming adaptive-reuse ventures across Atlanta that could be filed under compelling—if not, to a degree, altruistic. (We won’t knock them for calling it “The Ponce City Market,” or implying that the BeltLine is one grand effort to “copy” Manhattan’s High Line.) But as always, hearing an informed outsider’s opinion can be enlightening and useful.

To that end, Betsky’s take doesn’t shy away from Atlanta’s warts—some of them caused by the very projects being saluted. 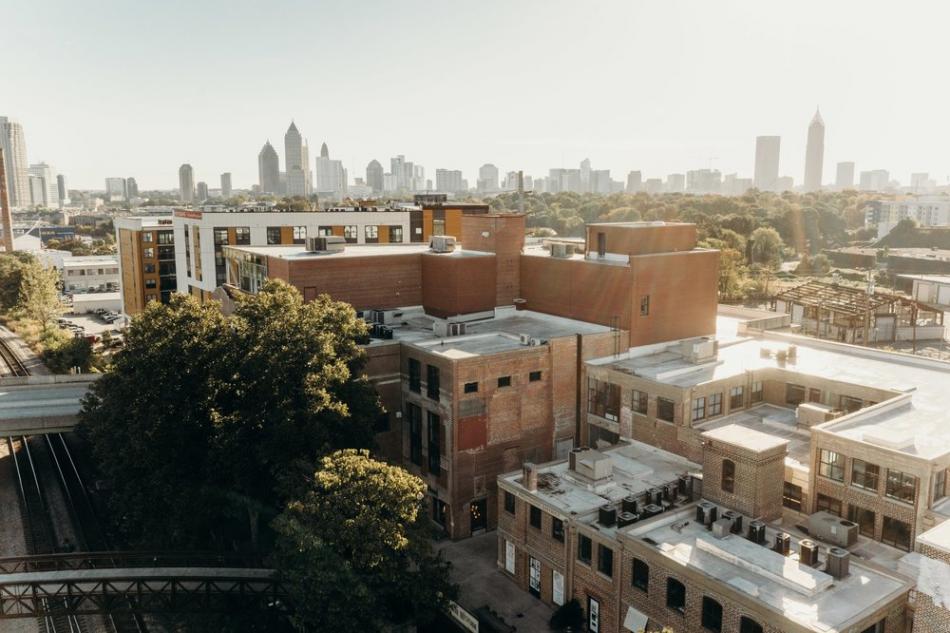 The “traffic jams” and “truly ugly upscale apartment blocks” around Westside Provisions District didn’t go unnoticed; ditto for new construction along the BeltLine’s Eastside Trail “so large and ugly to make the Westside Provisions additions look delicate and good in comparison,” as the critic puts it, without naming names.

The more important critique, however, is aimed at the gentrification—aka, “hipification”—that both markets have accelerated, if not instigated, in areas no longer affordable to anyone with lower incomes, Betsky writes. So many walled-off, upscale multifamily communities and hulking parking garages aren’t helping, he believes.

Renovations on large scales in now-popular places “are becoming the 21-century equivalent of Atlanta’s downtown and Peachtree: fortresses for the privileged in which the architecture signs and secures the upperclass’s enjoyment of their lives,” writes Betsky. “What I would love to see is a way to take the techniques architects and developers have learned in such projects applied to the making of the kind of facilities we need so much more than another West Elm or martini bar. That would be affordable housing above all else, and all the community services and employment opportunities that go with what should be at the core of our revitalized urban areas.”

It's food for thought, Atlanta. And certainly more nutritional than a box of chocolates.