Reps tell Urbanize Atlanta the priciest offering in the 19-story tower has traded for $2.8 million, or more than $200,000 over the asking price.

According to Engel & Völkers Atlanta, the condo’s price per square foot—almost $1,100—stands as the new record for Midtown.

The November 17 closing marks the highest Midtown sale since a sprawling condo of nearly 5,000 square feet traded for $3.5 million at the One Museum Place complex in early 2020.

It’s one of just four Midtown condos to trade for north of $2 million this year, according to listing services records.

The other three were sold at One Museum Place, the Aqua Midtown building (penthouse), and another high-floor but smaller condo at 40 West 12th that fetched $2.2 million in October.

In this case, the high-mark price point buys three bedrooms and three bathrooms in 2,547 square feet. The aesthetic is called luxurious but understated, with tall windows that frame views across Midtown, though the eastern vista is expected to significantly change with a second phase of development. 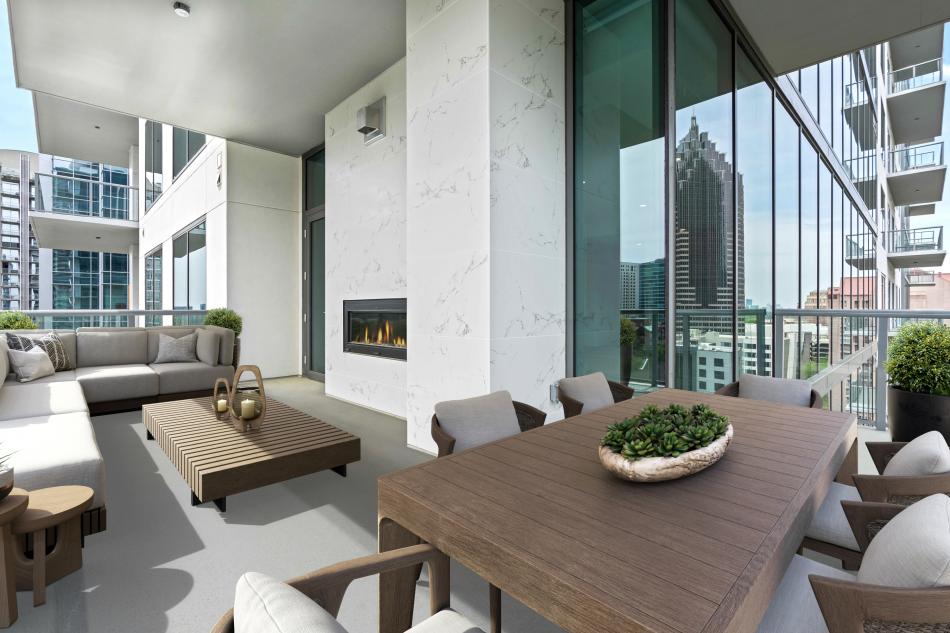 Hefty HOA fees of $1,749 per month do buy access to the property’s all-seasons pool for condo owners, a top-flight gym, and the 9th floor Sky Plaza shared with the other two buildings: Epicurean Atlanta hotel and a Google-anchored office tower.

The condo building opened this fall as the residential component of Selig Development’s three-tower 1105 West Peachtree project, which claimed a full city block. 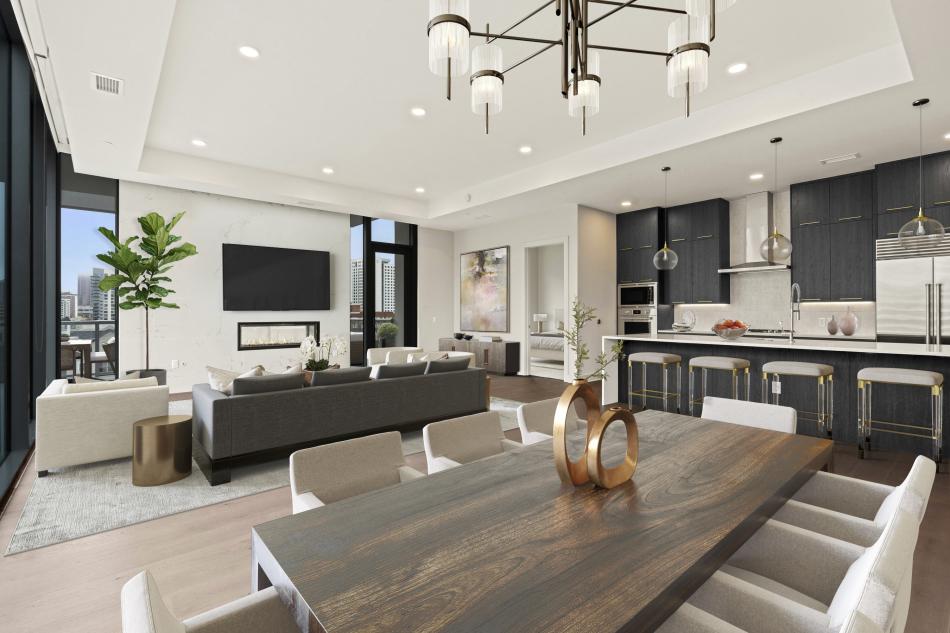