Almost four years since it was initially announced by a different development group, the Emerson on Krog project is entering the home stretch of construction in one of Atlanta’s more in-demand places and historic neighborhoods.

Meanwhile, the prices for these Inman Park townhomes—in the case of one unit, at least—have climbed to nearly double what homebuilders had originally predicted.

With its Euro-inspired, contemporary-classic aesthetic, Emerson on Krog will consist of 22 residences with rooftop terraces, just up the street from Krog Street Market and the burgeoning Krog District around it.

The earliest, lowest sales at Emerson on Krog clocked in at a hair over $1 million for four-bedroom townhomes with around 2,500 square feet. That was in line with what original developer Thrive Residential had forecasted in late 2018. (Thrive was later acquired by national homebuilder and multifamily developer Toll Brothers, which is finishing the Inman Park project.) 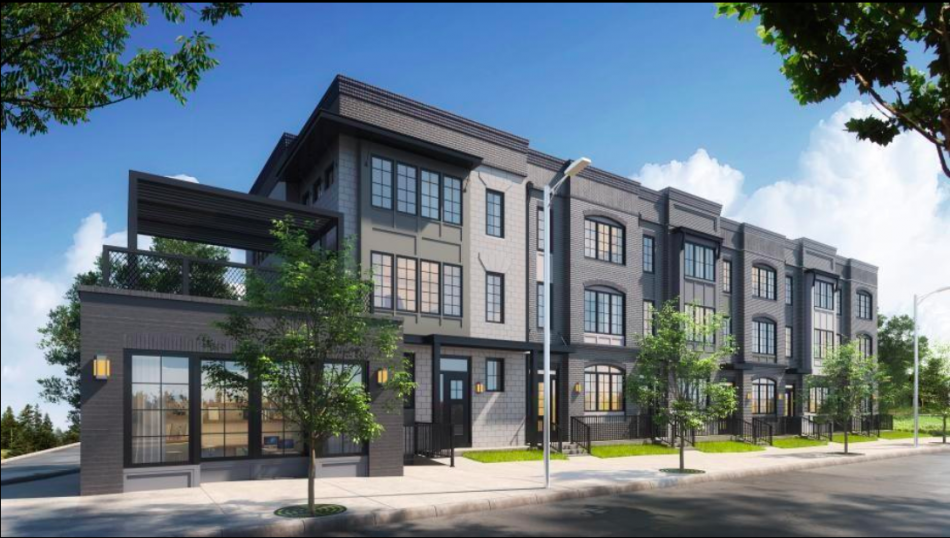 Each of those has four bedrooms, four and ½ bathrooms, and more than 3,300 square feet. That’s spread across four stories, atop two-car garages.

From up top, the views capture “invigorating mocha sunrises and relaxing rosé sunsets,” while the overall setting “creates a remarkably idyllic home with a one-of-a kind pairing of greenbelt tranquility and an abundance of entertainment access,” per marketing materials.

Development wonks of Atlanta may recall that the partial demolition of a circa-1928, single-story commercial building on the corner caused a stir last summer. 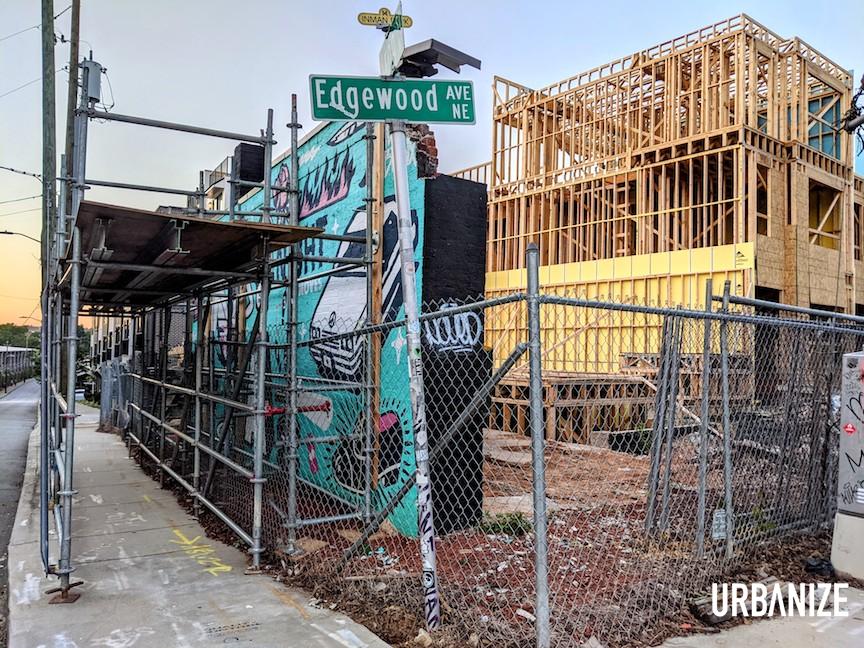 After complaints from neighbors, Atlanta Preservation Center officials worked to have a stop-work order issued that spared remaining walls of the building from demo.

That structure has since been incorporated into the priciest townhome, as Toll Brothers’ plans show.

Find a quick, closer look in the gallery up top.