According to filings with the City of Atlanta, Chick-fil-A’s plans for a well-known intown corridor might be more ambitious than previously thought.

The homegrown chicken franchise giant has recently sparked controversy for a proposal to replace a gas station at the corner of Ponce de Leon Avenue and Boulevard with a restaurant that would require a large surface parking lot and long, winding drive-thru. Critics say that project prioritizes cars over pedestrians.

Now, Chick-fil-A appears to be reviving plans for another restaurant just four blocks, or roughly a half-mile, away. 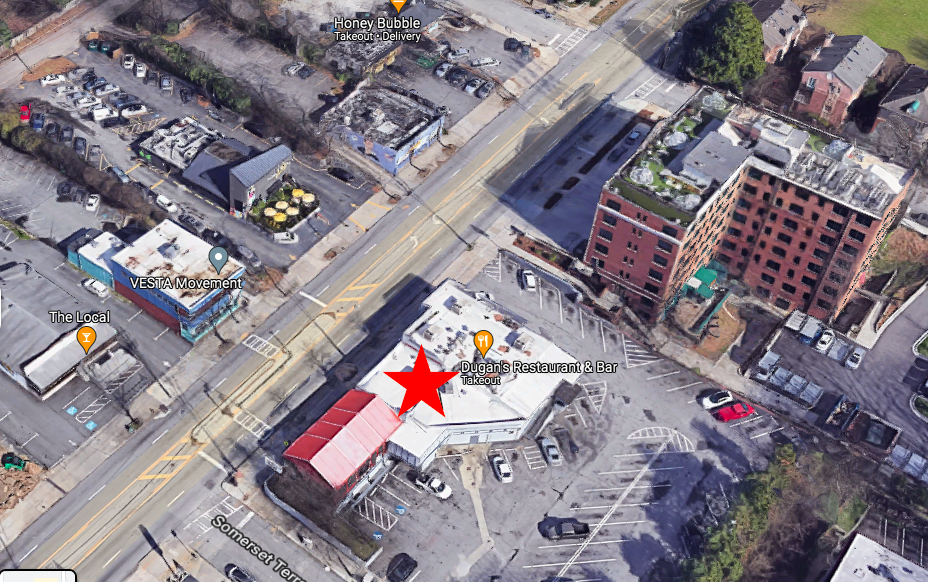 The Dugan's franchise location in question, next to the Hotel Clermont and its famous strip club dive. Google Maps

The site in question is currently occupied by Dugan’s Bar and Restaurant, which has been dishing “Atlanta's Original Wings” on Ponce since 1982. The Hotel Clermont is next door to the east, and The Local bar is directly across the street.

Five years ago, real estate listings made it appear imminent that a 5,000-square-foot Chick-fil-A would replace Dugan’s on Ponce, but those plans never materialized, and Dugan’s kept on keeping on. 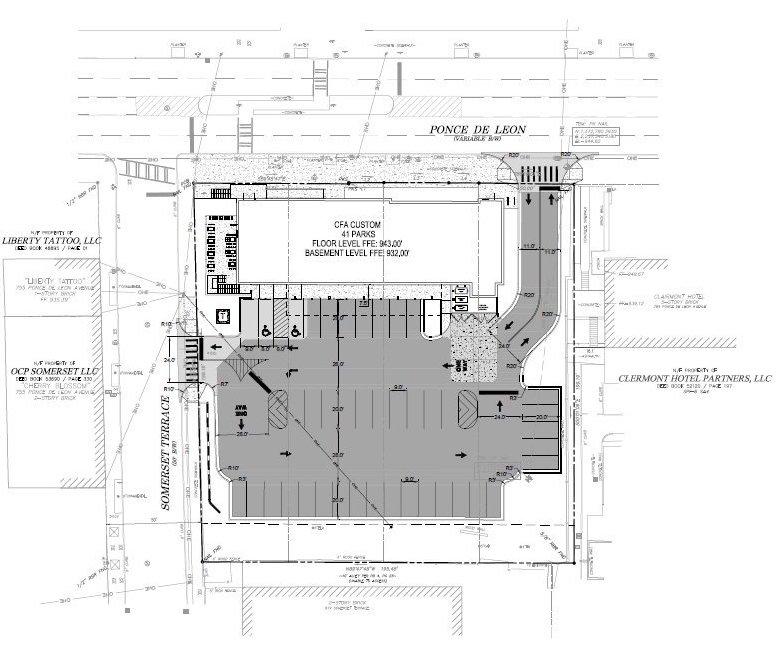 Chick-fil-A’s latest plans dated September 20, 2021 appear similar to the concept from 2016, at least in terms of the proposal’s layout on the corner site, with access from both streets but no drive-thru.

The façade would be brick, with what appear to be industrial-style, metal windows, according to new renderings.

We’ve reached out to Chick-fil-A, Dugan’s management, and leaders with the Poncey-Highland neighborhood and NPU-N—but none of them responded with more information as to where the plans stand of press time. 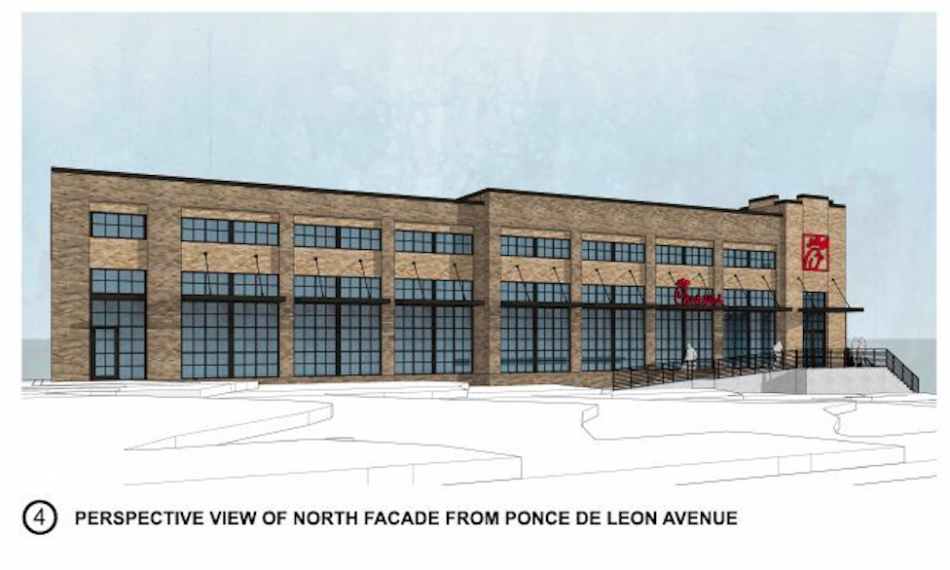 According to the previous LoopNet listing, the .9 acre, “once-in-a-lifetime corner” property is zoned C-1 commercial, with a former listing price of $7 million.

As a tipster points out, the franchise’s second location could be strategic, in that having a double dose of Chick-fil-A could help alleviate the inevitable traffic backups at the proposed drive-thru.

So it might not be the cluckerf*ck on Ponce that it seems, at first glance.