Atlanta’s latest luxury apartments geared toward Georgia Tech students have officially delivered on schedule for the start of fall classes, according to officials with Hoar Construction.

The two-building Inspire Atlanta complex by Capstone Communities has taken shape directly across the street from Bobby Dodd Stadium, on land that was formerly Techwood Clark Howell Homes public housing, cleared before the 1996 Olympics.

Student rentals at the project range from studios to five-bedroom flats, totaling 750 beds in buildings that stand 12 and seven stories. The taller one boasts a clubhouse, grilling areas, firepits, hammocks, and a resort-style pool on the roof, with sweeping views of the football stadium and Midtown beyond. (Kids these days.) 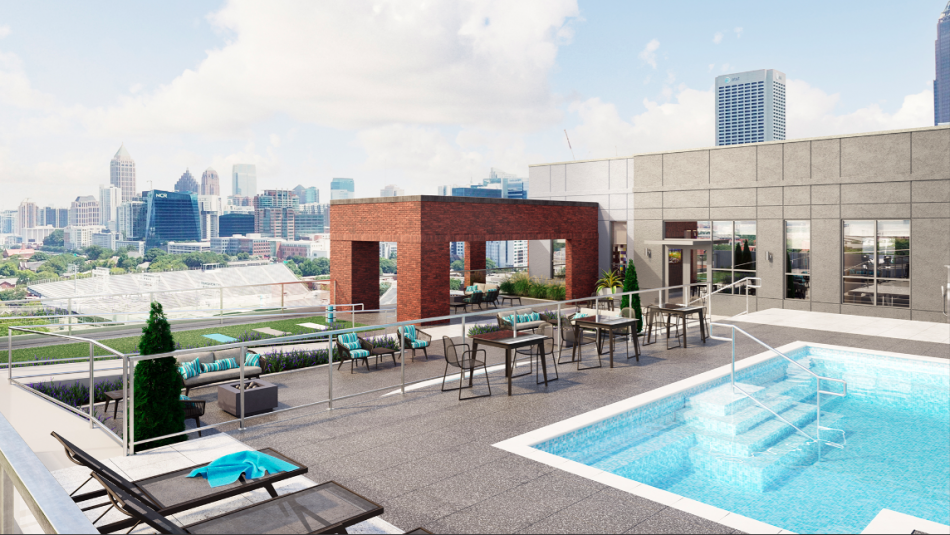 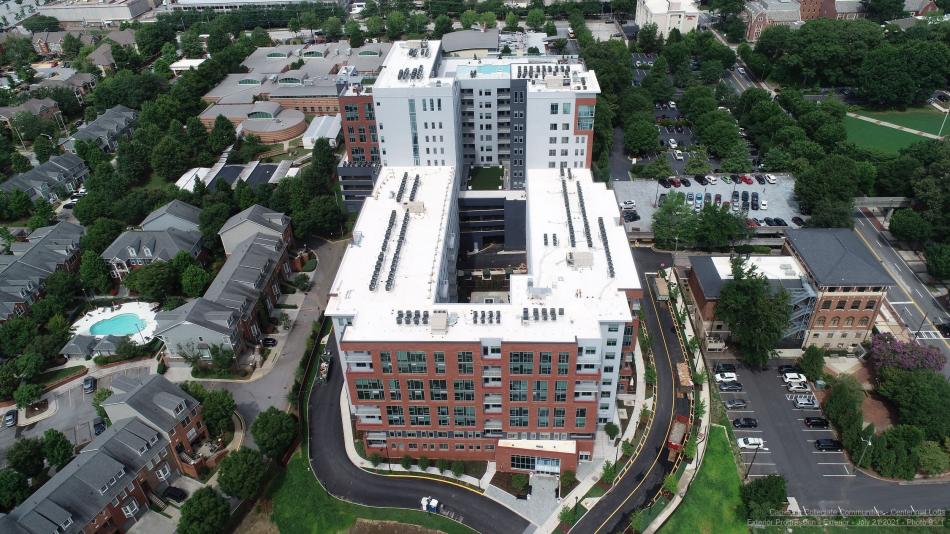 Elsewhere in the complex is a cycle-fitness studio, computer lounge, business center, and an array of private study areas. At last check, student rents at the Niles Bolton Associates-designed building begin at $999 for spaces in five-bedroom units. More private studio apartments start at $1,385 monthly.

Set on a hill and requiring a tiered foundation, Inspire Atlanta stands next to the site where the 1970s, 17-story public housing tower Roosevelt House was imploded in 2011.

Tony Huber, Hoar’s senior project manager, called Inspire Atlanta “a premier, amenity-laden community that will stand the test of time, while offering a dynamic living experience for students in the decades to come.”

Have a look-see in the gallery above.