After percolating for nearly three years, an eastside project with a repurposed Masonic Lodge at its core is making visible progress, as the city overhauls a notoriously confounding intersection next door.

Located where Ormewood Park meets the East Atlanta Village, mixed-use venture The Lodge is underway on the southwest corner of Glenwood and Moreland avenue’s intersection.

Demolition has been moving forward on the project’s southernmost side, while site work is progressing on a former parking lot at the property’s northern boundary.

Neighboring that work, the Atlanta Department of Transportation is realigning Glenwood Avenue to the south to eliminate a 70-foot offset that’s required drivers and cyclists to zigzag in the middle of the roadway while crossing between the two neighborhoods.

The city-planning goof was odd enough to make one artist’s book chronicling whacky intersections in cities. 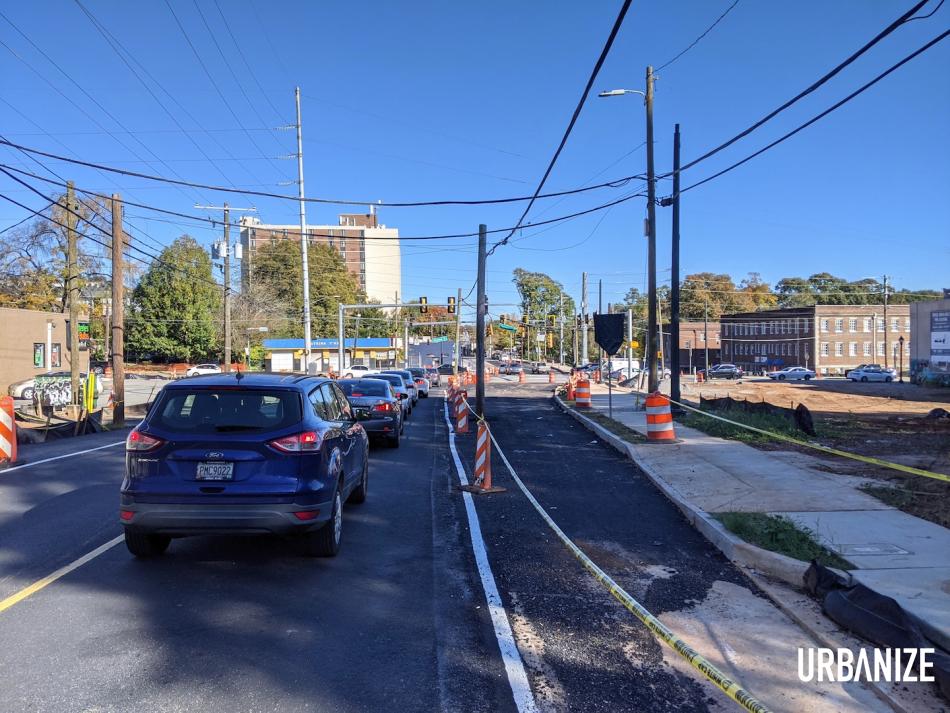 On Glenwood Avenue in Ormewood Park, with site work for The Lodge project pictured at right. Josh Green/Urbanize Atlanta

The realignment, which started construction in May 2020, will keep two car lanes and add Glenwood Avenue bike lanes, plus a left-turn lane, through the Moreland Avenue intersection.

City officials haven’t provided updates this month on where the project stands, but ATLDOT’s website indicates it’s scheduled to finish in March.

Meanwhile, commercial and office spaces at The Lodge, as developed by Clark Property R+D and King Properties, are now leasing. 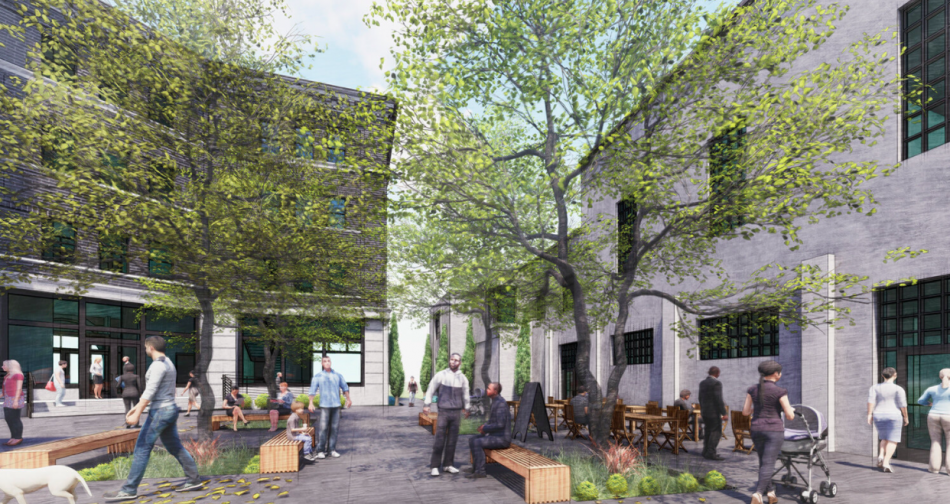 The project’s name pays homage to a former Masonic Lodge on Moreland Avenue that’s been vacant and neglected for years but remains structurally sound, developers have said. It was built in 1947 and used as a Masonic Grand Lodge upstairs with a Kroger at street level. 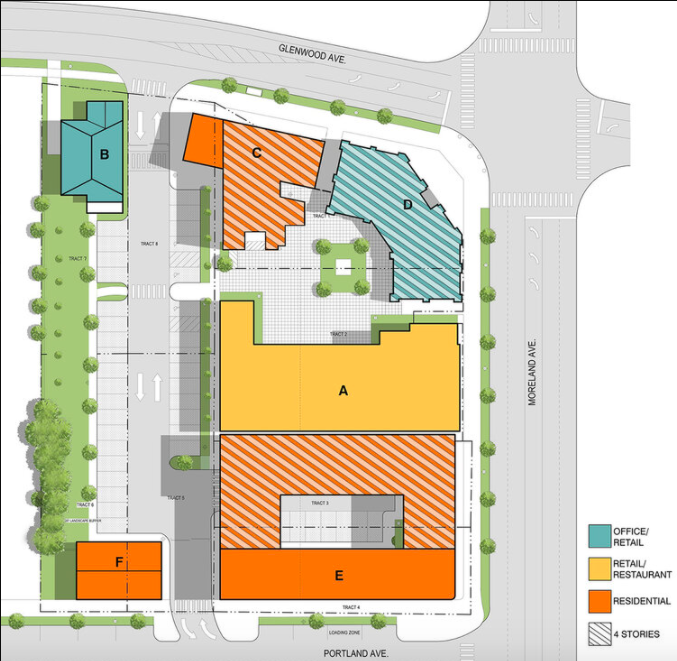 Forty-two units of rental housing will be spread around the property in a new four-story structure and two smaller buildings. Expect a mix of studios up to three-bedroom rentals, with all units reportedly being reserved for households earning between 30 and 80 percent of the area median income.

That means three-bedroom rents are expected to range between $583 and $1,500.

Have a closer look at all the above in the gallery.