A strategically located but vacant Old Fourth Ward property that’s been the focus of redevelopment talks for more than six years is a full-blown construction site now.

According to a recent announcement, the 143,500-square-foot boutique project is now called O4W Office. 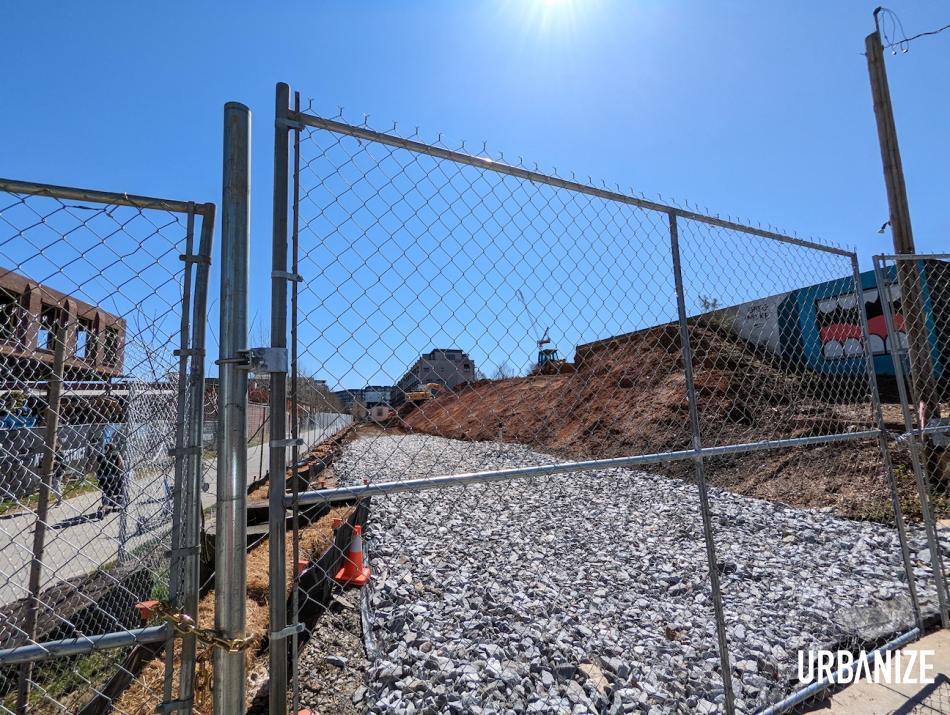 As seen this past weekend, an Irwin Street construction entrance to the Portman Holdings site in Old Fourth Ward that formerly was a wooded hill. Josh Green/Urbanize Atlanta

Along with three stories of Class A offices, the building will have about 7,000 square feet of ground-floor retail and two levels of parking.

Plans also call for 11,000 square feet of outdoor space that’s meant to capitalize on 300 linear feet of Eastside Trail frontage, inviting the public toward a café, restaurant, and possibly other retail, plus bike and scooter storage, and terraced seating areas.

The intent is to make that facet feel like a huge porch or outdoor living room, raised a few feet from the BeltLine and future light-rail transit.

Other developers had tried to put plans in motion for a hotel on the 1.3-acre site at the southwest corner of the BeltLine and Irwin Street six years ago, but that ultimately sputtered. Portman bought the property for $5.5 million in 2018 and also initially envisioned building a boutique lodge, until COVID-19 squashed those plans.

Heading north along the BeltLine toward Piedmont Park, site work is clearing a block-long site in O4W. Josh Green/Urbanize Atlanta

The redesigned O4W Office project calls for 206 parking spaces, or about 1.5 spaces per 1,000 square feet, officials said last year. One hundred bike parking spaces with valet service—along with showers for bike commuters—are also in the mix. 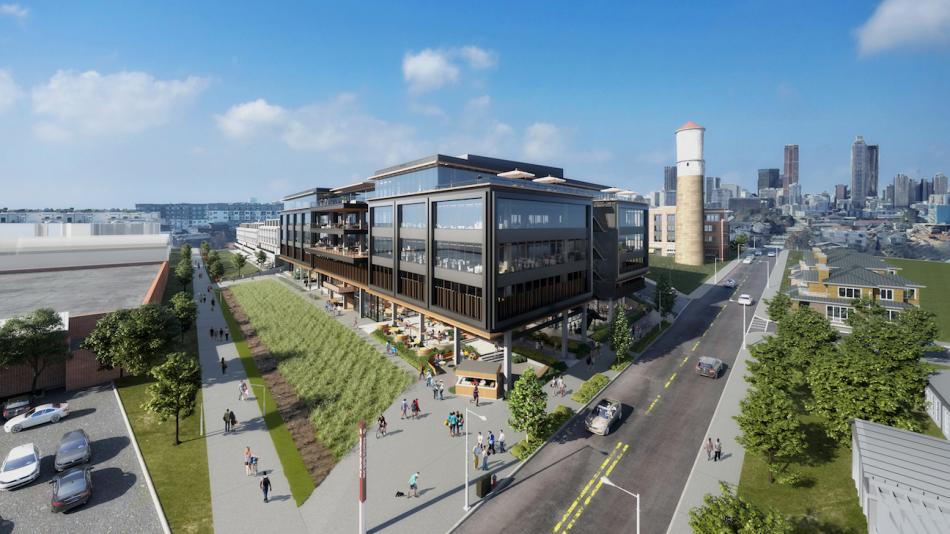 We’ve asked project officials for a revised construction timeline and for any news on the tenant front; we’ll update this story should that come. Previous estimates were 16 months to build the project once construction started, and a recent announcement pegged the opening as coming in summer 2023. [UPDATE: The project's expected delivery is August next year, according to Portman Holdings.]

Head to the gallery for a look at the site today and detailed plans for its future. To dig a bit deeper, Mike Greene, Portman’s vice president of development, spoke with Urbanize Atlanta in September about all aspects of the project, including the logic behind changing earlier designs and why so much vehicle parking is being included next to the BeltLine.