The curtain is set to rise next week on Midtown’s latest lodging options—and an example of architectural revisionism in a high-profile Atlanta location.

Noble Investment Group and McKibbon Hospitality are planning an official ribbon-cutting Thursday morning alongside “local dignitaries” at the world’s first combination of Courtyard by Marriott and Element by Westin brands under one roof.

Located at the southwest corner of Peachtree Street and Ponce de Leon Avenue, the hotel’s neighbors include The Georgian Terrace hotel, the Ponce Condominium building, and the Moorish-Revival Fabulous Fox.

It replaces a surface parking lot.

New dining spaces include the casual the Bistro, and the Ponce Room Bar & Kitchen, described as having an "elevated new Southern menu and signature cocktails, inspired by Ponce de Leon Avenue and the sophistication of Peachtree Street."

Atlanta development watchers will recall the hotel’s initial designs were roundly chided as being bland in 2019 and sent back to the drawing board. 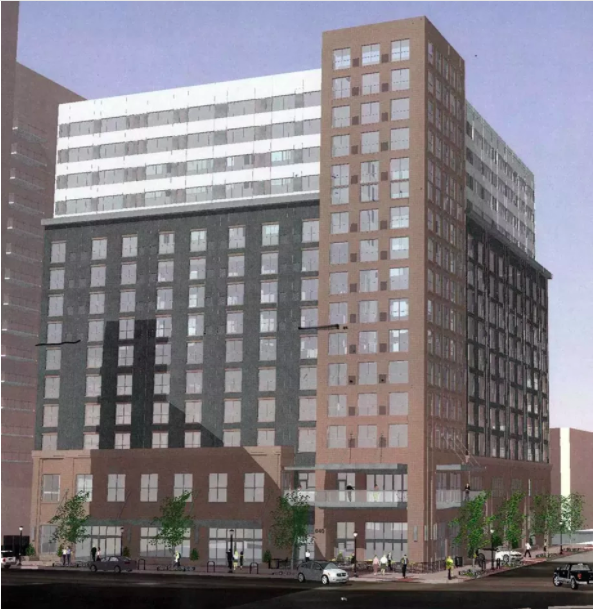 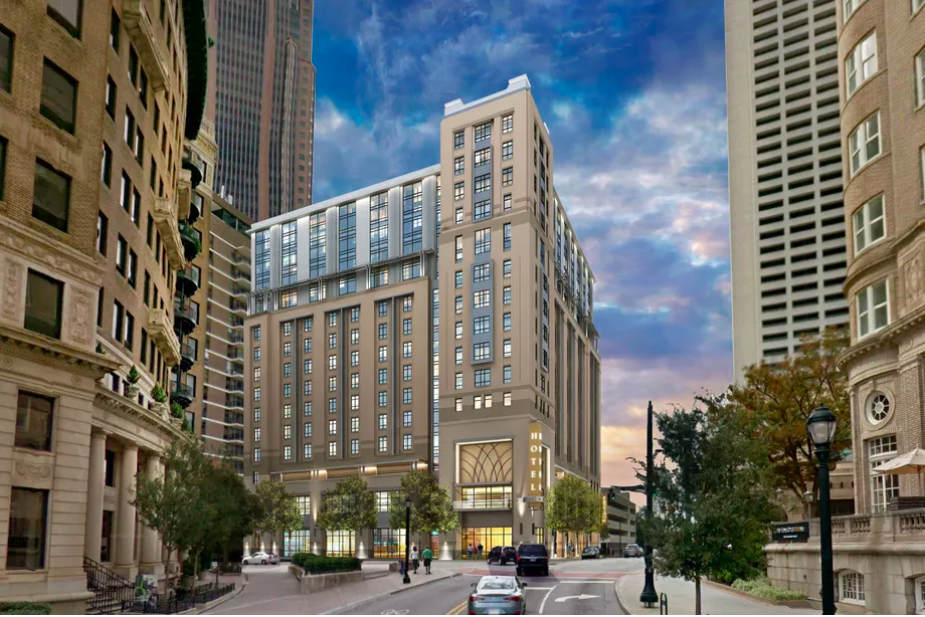 It’s a bit too early for photos, but in the gallery you’ll find updated renderings—and perspective on the project’s site and recent history.