The first step in Midtown Promenade’s goal of capturing more foot traffic from the Atlanta BeltLine is moving forward.

For patrons of the BeltLine’s Eastside Trail, that means easier access to Trader Joe’s and what’s expected to be a revised slate of retailers at the 931 Monroe Drive shopping center.

The City of Atlanta issued building permits September 17 for a new Midtown Promenade breezeway that will link with the BeltLine, just south of Piedmont Park and Virginia Avenue.

It's the latest example of a commercial property essentially opening its backdoor to the Eastside Trail, following the blueprint set by everything from Kevin Rathbun Steak and Ladybird Grove & Mess Hall to Third and Urban's Common Ground and the Midtown Connection shopping node.

Overview of the new BeltLine connection and how it relates to plans for revised shopfronts, with a covered walkway created from former retail space. City of Atlanta Office of Buildings

Cost of the Midtown Promenade breezeway’s construction is estimated at $290,000. It’s also expected to entail upgraded utilities and a covered walkway—via “demised suites”—that would help usher BeltLine users into the strip center, according to building permits.

Site work behind Midtown Promenade and abutting the Eastside Trail corridor has recently begun. Architecture firm ASD/SKY designed the breezeway project, with the Core firm signed on for landscaping, per Office of Buildings paperwork. 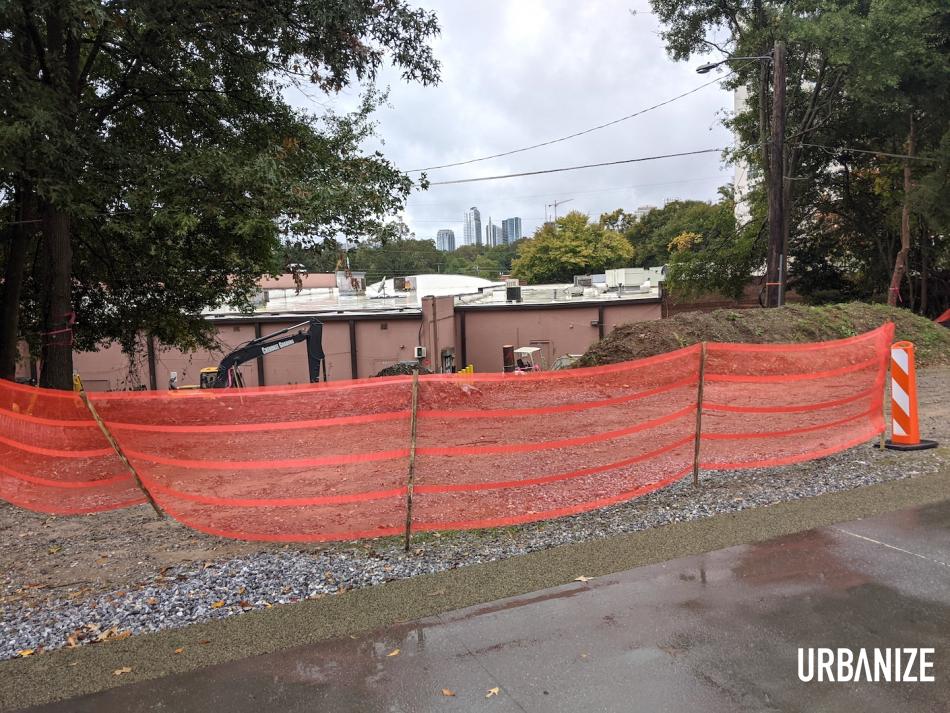 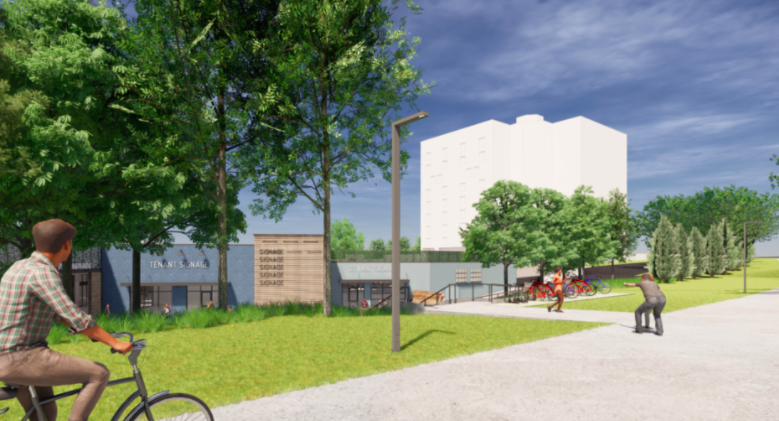 We’ve reached out to Asana Partners for a timeline on breezeway construction and updates on the rest of Midtown Promenade’s repositioning. We’ll update this story with any further details that come.

A couple of miles south on the BeltLine’s most patronized section, Asana is also moving forward with the multifaceted expansion of Krog Street Market and Atlanta Stove Works into the broader Krog District.

Plans have called for completing that project next summer.