Alongside development partners Place Properties and H.J. Russell Company, MARTA broke ground last year on the $62.5-million project—aided by $6 million in Invest Atlanta grants—that’s expected to add 384 units of transit-connected housing to a billion-dollar surge of investment along the Memorial Drive corridor.

Overlooking the section of historic Oakland Cemetery with author Margaret Mitchell’s gravesite, the TOD covers 4.4 acres of former parking at a station that’s had MARTA’s second lowest ridership system-wide. One quarter of the apartments, or roughly 100, will be reserved as affordable housing to some degree, developers have said. 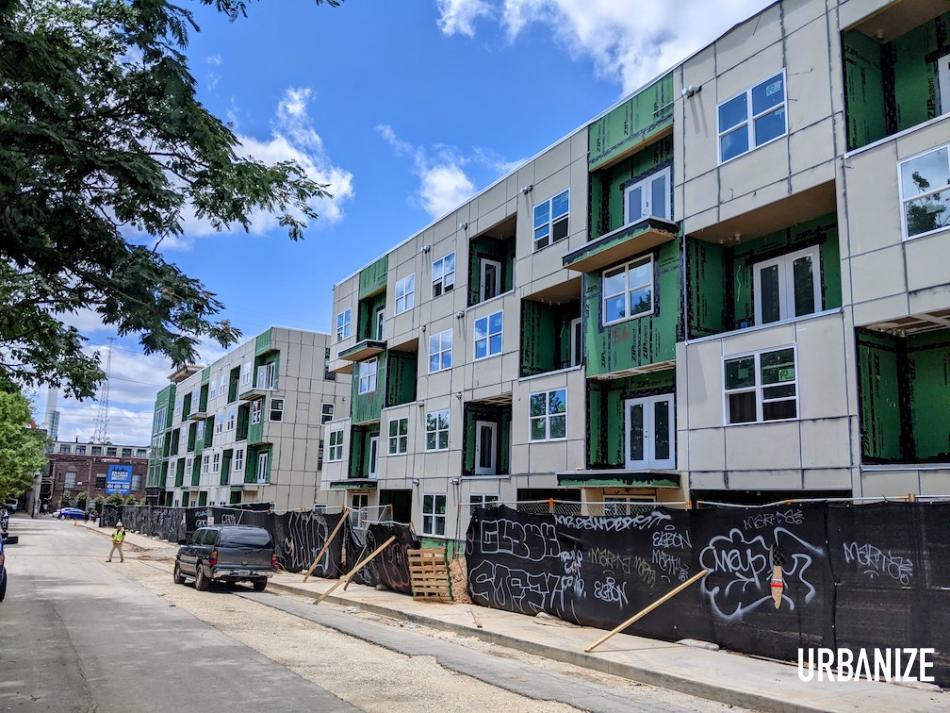 According to architects with Smith Dalia, the units are cantilevered in "an offset pattern to create interest along façades as well as more private balconies," with the community's layout taking into account "views to and from the cemetery, greenspace, and walkability."Josh Green/Urbanize Atlanta 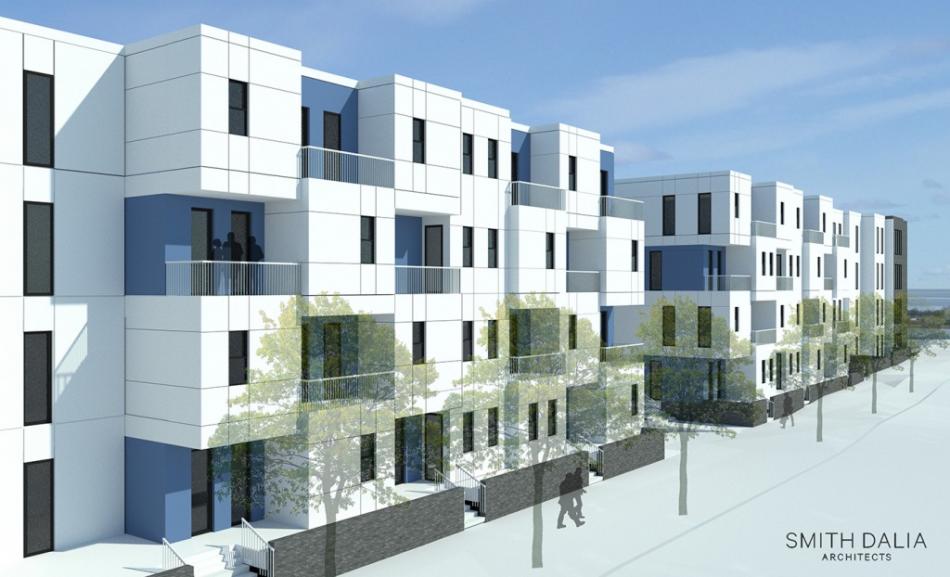 Facades along Biggers Street, with the cemetery at right. Courtesy of Smith Dalia Architects

The King Memorial Apartments, designed by Smith Dalia Architects, are expected to be finished later this year, with MARTA anticipating a ridership boost to follow. At street level, plans call for about 7,000 square feet of retail, alongside a leasing office and gym.

The transit agency first issued a request for qualifications—seeking the right developers to turn the property into apartments, condos, offices, or student housing—way back in the summer of 2013. In the interim, MARTA has transformed parking lots around its Edgewood-Candler Park and Avondale stations into multifamily hubs.

According to the design team, the King Memorial project consists of 370,000 square feet across four stories atop a parking podium, with all apartments having one or two bedrooms. A related art project is planned for the Grant Street tunnel next door; and a block to the south, Das BBQ had remade the former Harp Transmission building and restaurant into a patio-heavy carnivore haven.

Have a closer look in the gallery.