The latest intown multifamily building to change course and veer into hospitality has finished construction and recently started welcoming guests.

Sonder added Atlanta to its list of more than 35 cities in early 2020, offering rates the company says are about 15 percent lower than hotels. 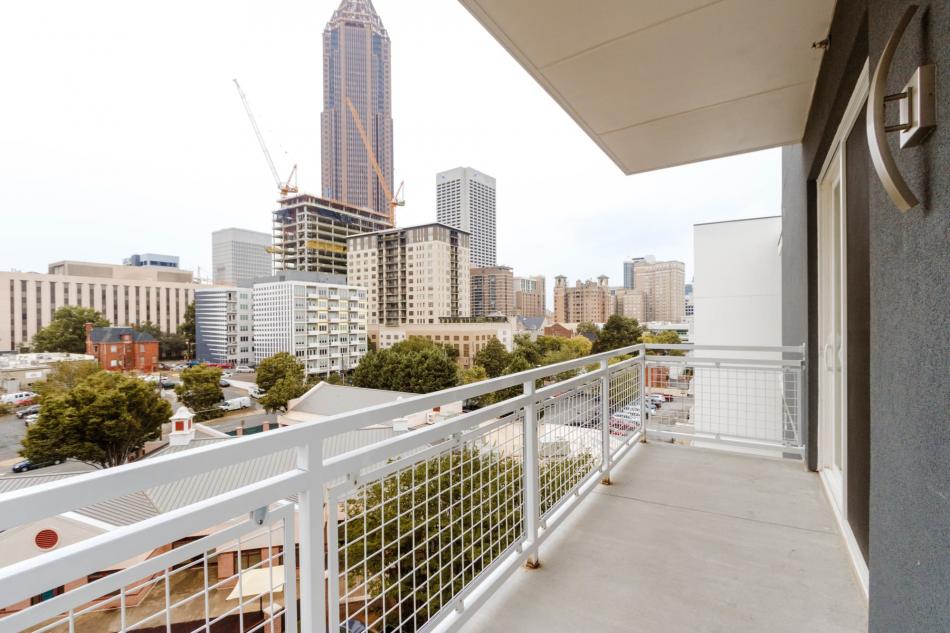 Current nightly rates for a studio apartment—472 square feet, fit for two guests, per Sonder—start at $128. That gets a king bed and free onsite parking.

The largest options span 1,054 square feet with two king beds. Those start at $250 per night and can accommodate six people, per Sonder.

Rates will vary depending on factors like seasonality and time of week, a spokesperson previously told Urbanize Atlanta. 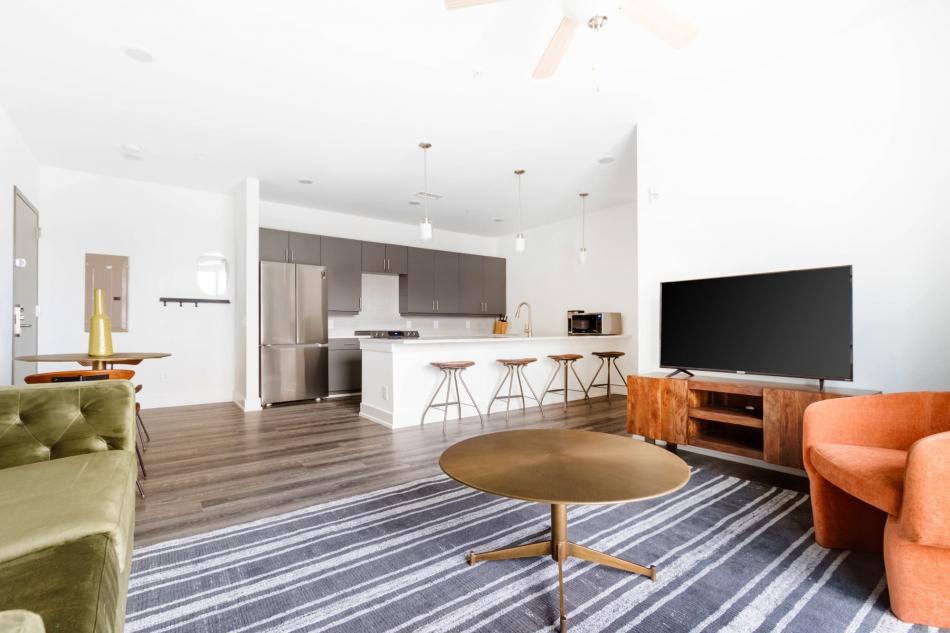 Example of a living room in a larger unit. Courtesy of Sonder/Midtown South

The building stands seven stories, counting two podium levels of parking, with about 3,000 square feet of retail at the base. (We’ve asked for an update on retail tenant prospects and will update this story with any new details.)

Elsewhere in Atlanta, Dezhu has built the Reverb by Hard Rock hotel in Castleberry Hill, the six-story J5 Midtown condos, and other residential ventures in Old Fourth Ward.

A one-bedroom at Sonder’s other local property, 549 Peachtree near Emory Midtown Hospital, rents tonight for $99, for example, not including parking. 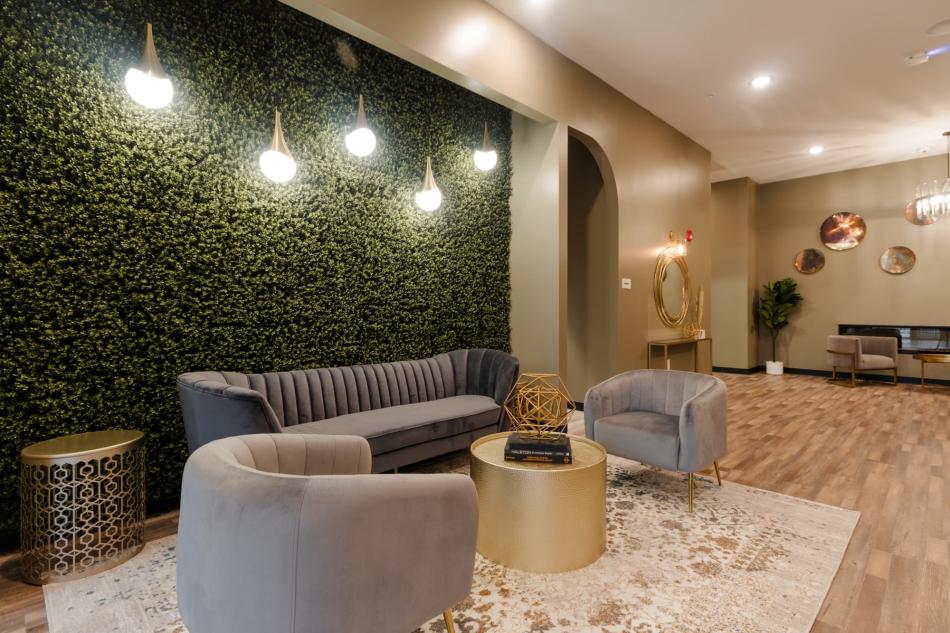 The 126 Renaissance project had initially been planned as for-sale condos. But like the new Star Metals Residences across town on Howell Mill Road, the property later pivoted toward “hospitality living.”

The interior’s design “was inspired by the vibrancy of the city, with rich colors and textures incorporated throughout the shared areas and every unit,” according to a project rep. Sonder brought in Atlanta artist Christina Kwan, who specializes in abstract and floral works, to create pieces featured in each unit.

In the gallery above, have a closer look at how the property turned out.