A project years in the making that aims to increase walkability and greenspace at the heart of Georgia State University is entering the homestretch.

GSU’s Greenway will provide a paved, lighted walkway between two key campus streets, new connections to existing buildings, as well as lawns where students might lounge about when weather permits.

It also fills the void left by Kell Hall—a 1920s parking deck-turned-classroom building razed in 2019—and the easternmost section of the school’s Library Plaza.

The Greenway is expected to finish construction alongside improvements to GSU’s Library North next month, according to a flyover video recently compiled by the university. 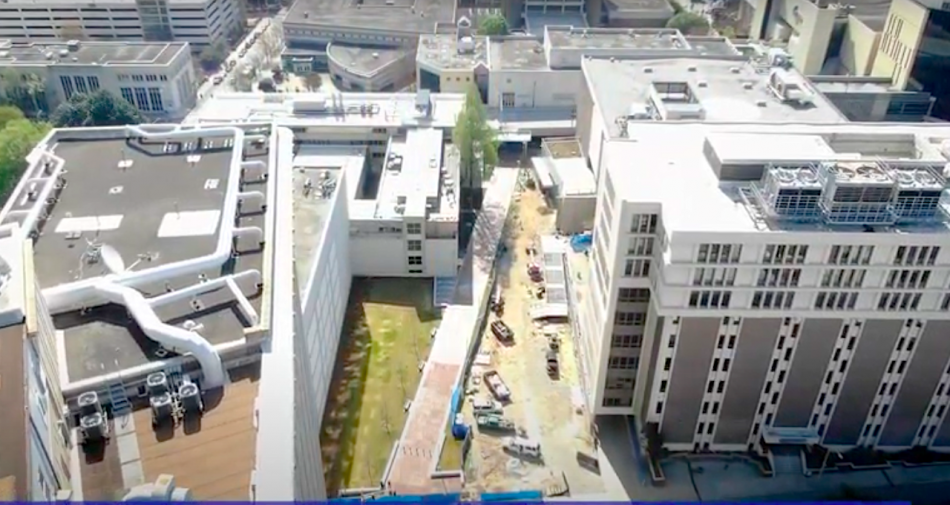 The footprint of razed Kell Hall, as seen in recent weeks.Screen-capture via GSU/YouTube

It links Peachtree Center Avenue to Collins and Courtland Streets, while an addition to Library North includes a landscaped terrace on the roof and new ground-level entrance. Recently built staircase will bring pedestrians up to Langdale Plaza and Courtland Street, too.

Facades of Langdale Hall and Arts & Humanities have also been updated where the buildings once adjoined Kell Hall. 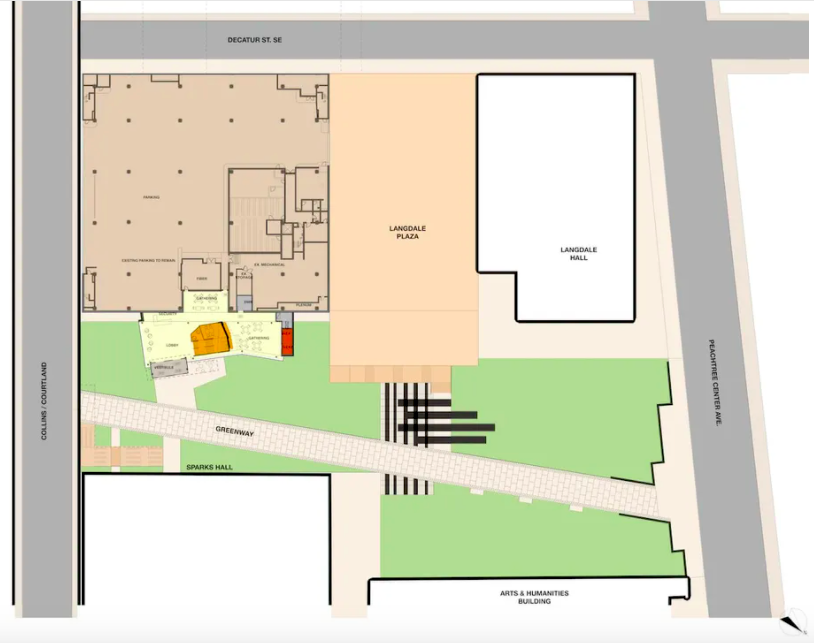 Overview of the Greenway's connectivity on campus. Courtesy of Georgia State University

A greenspace project in that section of campus has been discussed since 2013 but didn’t move forward until six years later, as GSU’s student newspaper The Signal has chronicled.

The updates are part of a broader push to make the fast-growing university more walkable, connected, and greener overall.

Have a closer look in the gallery, and view Kell Hall’s rapid demise in the clip below: